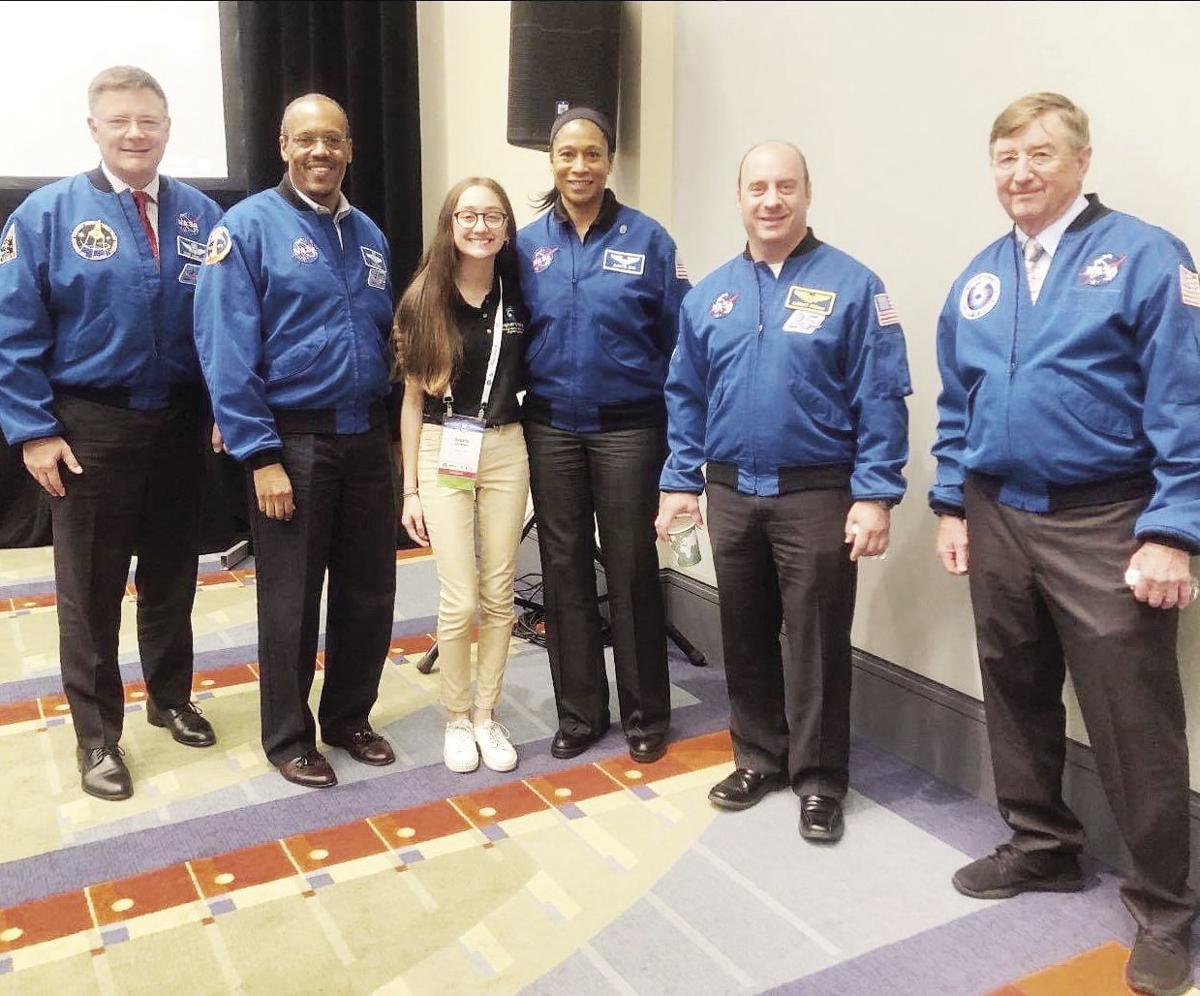 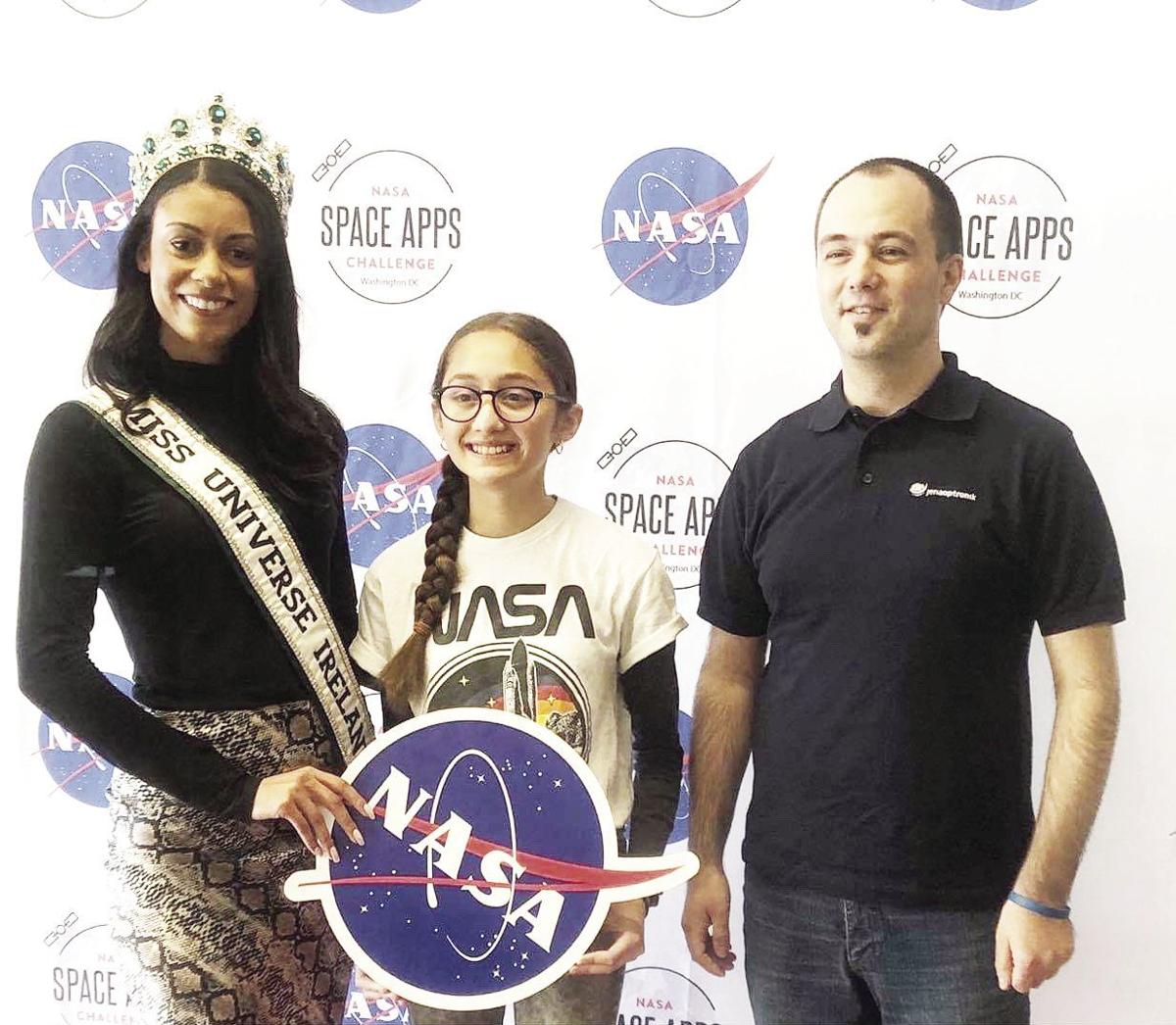 Some of you may remember a story about Sophie Crowder, the 14 year old Freshman who participated in the Go For Launch Full Steam Ahead event held in Durham, NC. Sophie was a member of a group called The Pisces Project that participated in the event, which brought together students to learn the different aspects of space exploration from NASA employees. The team was asked to perform their own experiment using math, technology, engineering, and science. Sophie and her teammates placed first and had their project launched to the International Space Station. She has attended many events since the contest and thankfully she chose to share them with us.

On October 18 through 20, Sophie was invited to join NASA’s Space Apps Executive Director Fig O’ Reilly, who happens to be Miss Universe- Ireland as well. At the Space Apps challenge, Sophie teamed up with scientists, engineers, and datanauts to hack solutions to scientific problems using NASA’s open data. On October 21 through 24, she attended the International Astronautical Congress in Washington DC as a student ambassador for High Orbits. This is the first time that the I.A.C. was hosted by the United States in 17 years. The Congress celebrated the Apollo’s 50th anniversary of the moon landing and gathered all of the prominent figures of every space agency in the world as well was the key players in the space industry. Sophie was able to meet countless astronauts and cosmonauts from all over the world and heard first hand the Vice President announcing that the United States will have a new branch of military, the Space Force. She also witnessed Buzz Aldrin getting an award for space exploration and met with NASA figureheads who talked about the upcoming Artemis missions tot he moon in 2024 and 2037. On October 24 through 27, Sophie, along with her fellow 4H Techchangemaker Ella Mickler, represented Virginia in the National Youth Summit for STEM at the 4H National Headquarters.

Sophie has already experienced so much and we look forward to keeping you updated on her recent adventures.