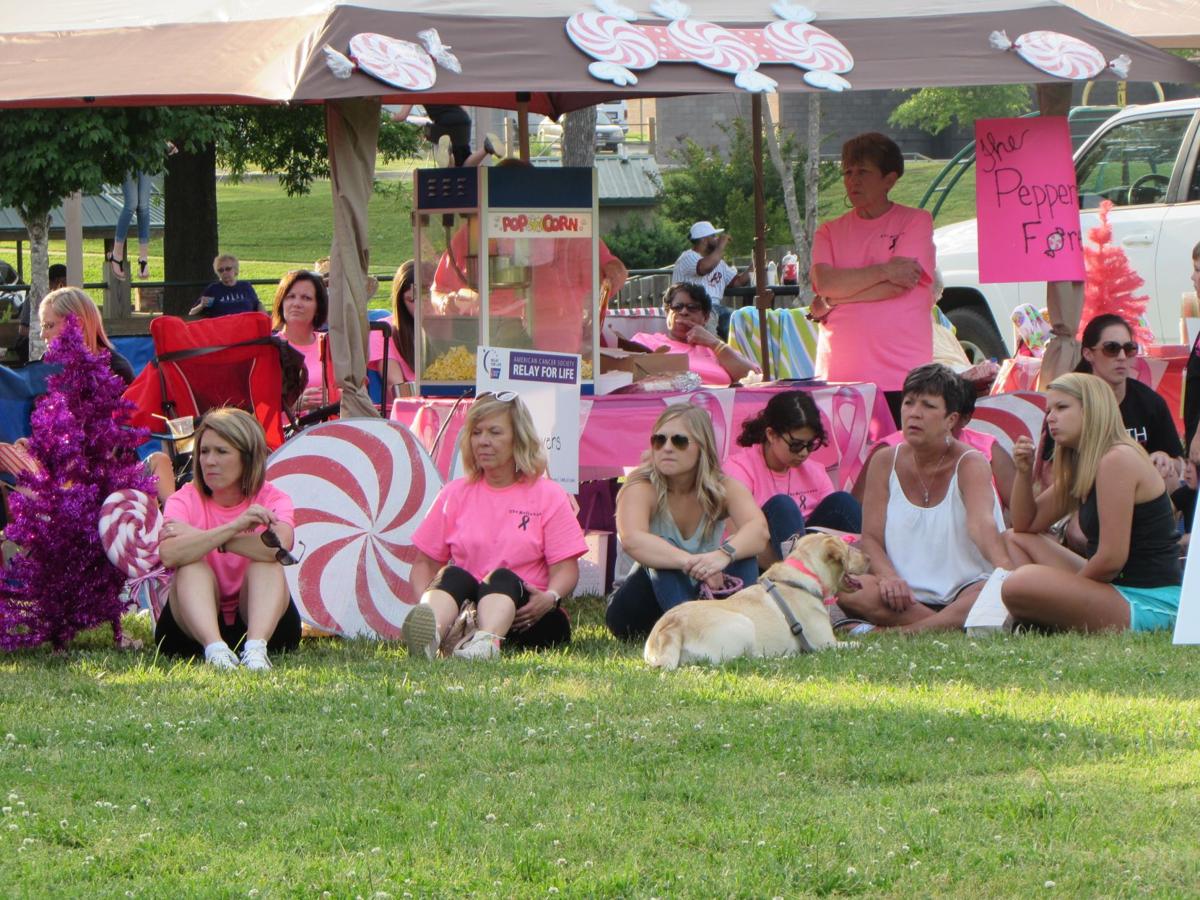 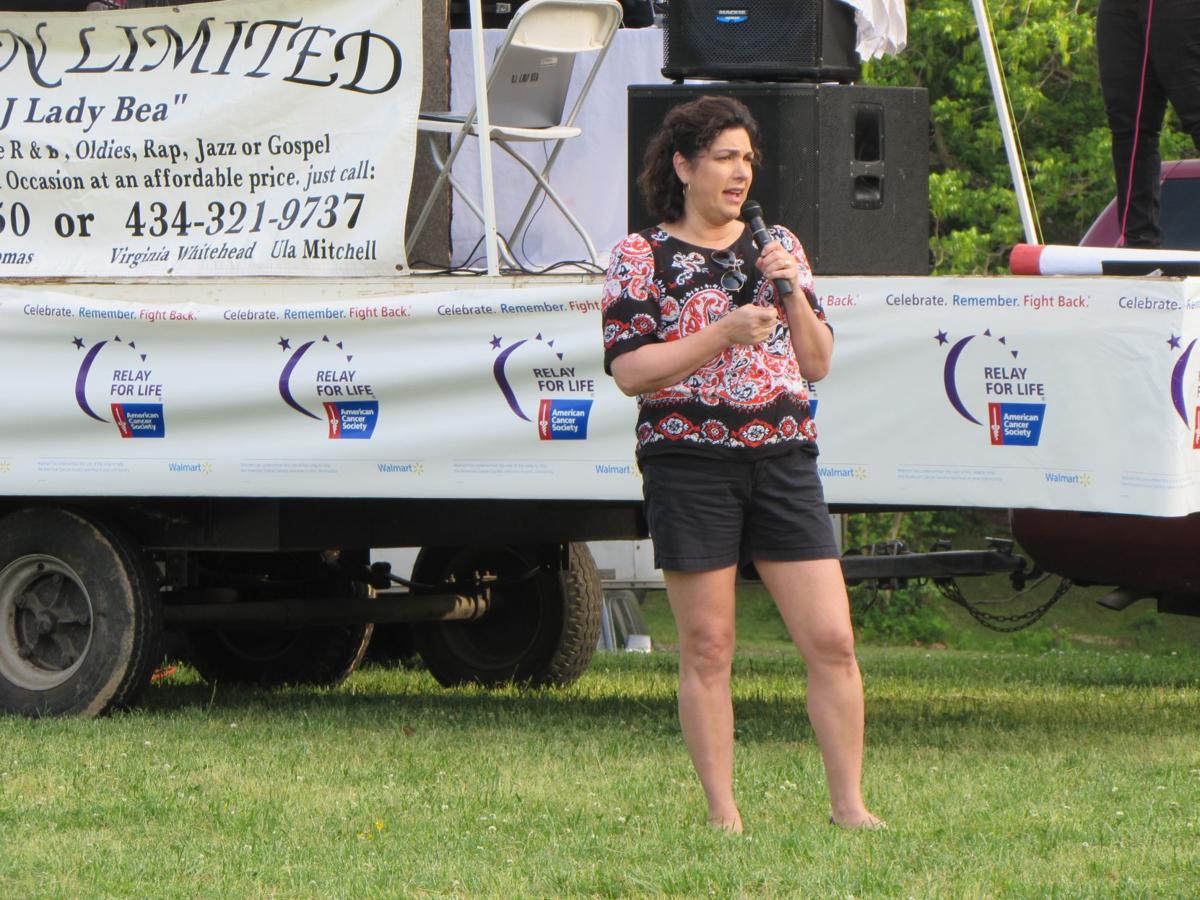 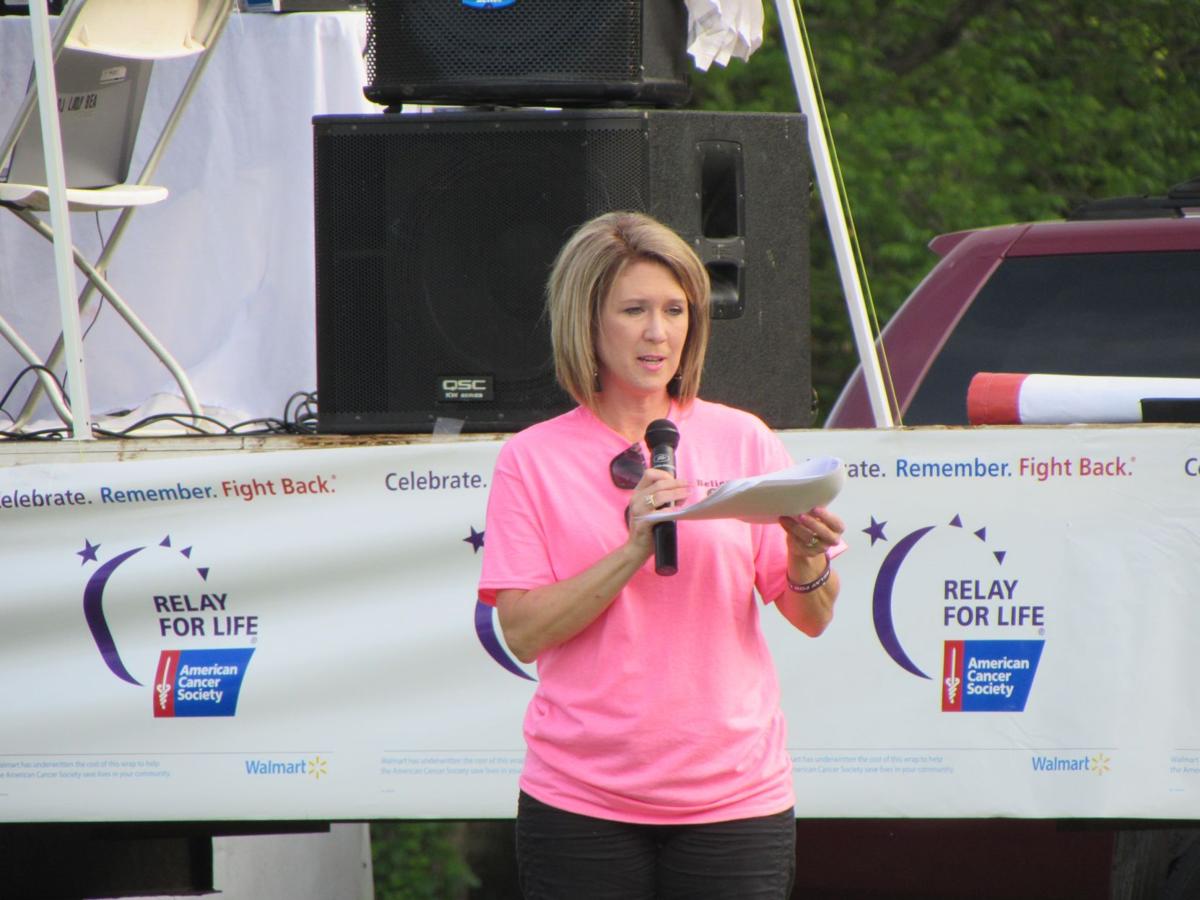 Mary Carol Kallam shares her story with the Relay for Life audience. 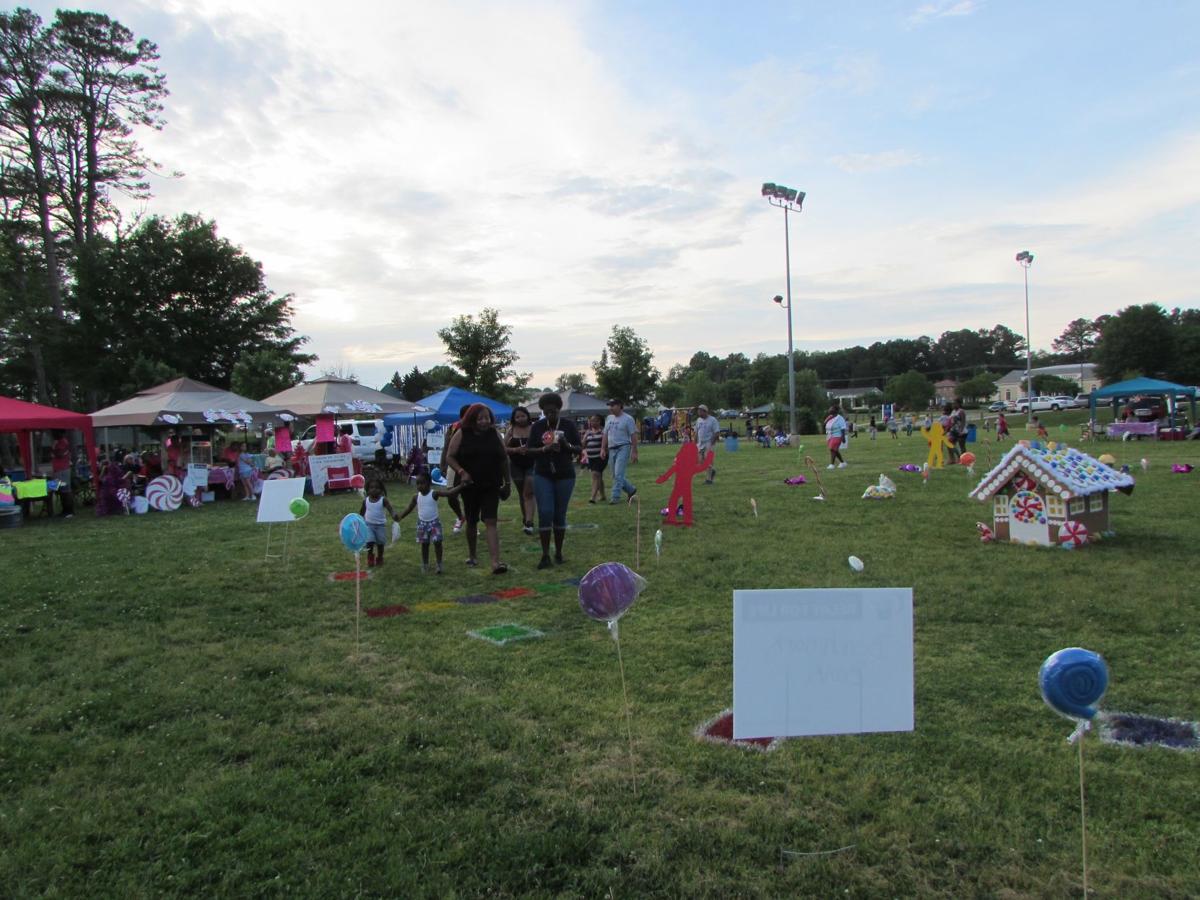 Relay for Life participants take a lap around the Candy Land-themed track. 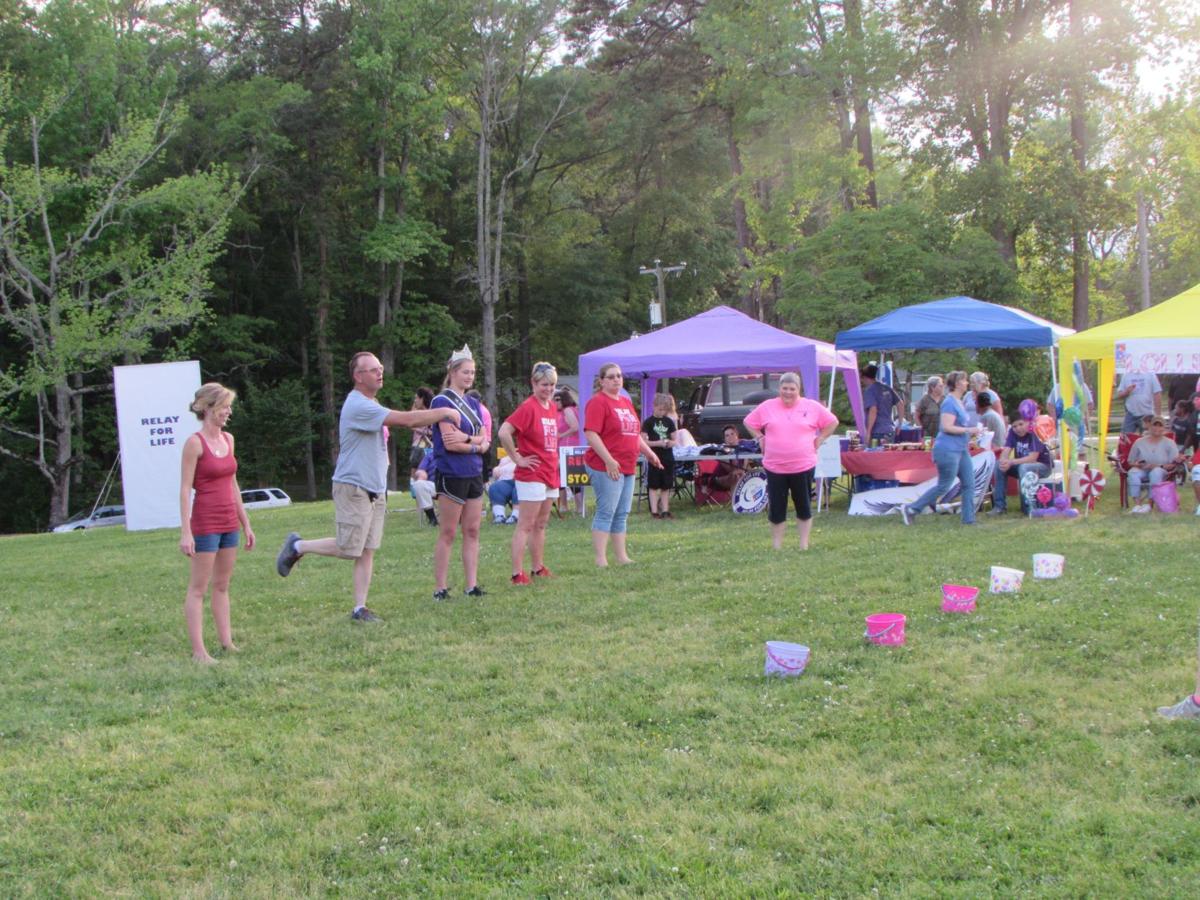 Team representatives finish up a game requiring them to toss lollipops into their buckets.

Survivors, their relatives, and members of the community came out to Centennial Park Saturday to Mecklenburg County’s annual Relay for Life event. Attendees played games, enjoyed Candy Land-themed treats, honored survivors and remembered those who have passed, all while raising money for the American Cancer Society.

The crowd also had the opportunity to hear the stories of survivors, including Jamie Valvano, the daughter of famous North Carolina State basketball coach Jim Valvano, who died of cancer in 1993. She shared lessons she has learned from her father’s life and encouraged the audience to craft a vision for their lives, assemble a team to support them, and persevere.

“You see, whether my dad was facing terminal cancer or was trying to win a national championship, he lived his life the same way,” Valvano said. “He had bold, audacious visions that guided and directed his every move, he was surrounded by a team of individuals that were unified to support him in this vision, and then, finally, he never threw in the towel.”

Valvano herself is also a cancer survivor, and she said that she initially was not a fighter like her father, but then she got a fresh perspective from remembering the words of his famous speech at the 1993 ESPY Awards, when he spoke about how cancer research might not save his life, but might save his child’s or someone his listeners loved. Valvano said she took out a notecard and wrote down a bold vision for herself: to speak at her five-year-old’s high school graduation—a vision she fulfilled last year. She also assembled her own team of supporters.

“The reason why your vision and your team are so important is because they remind you of where you’re trying to go, and then they help you when you become weak,” Valvano said.

Valvano encouraged the audience to not only write down their visions and assemble their own teams, but also to be a team member for others.

“You’ve got to give back, you’ve got to support, and lift up, and share your gifts and talents with them so they, too can accomplish their visions,” Valvano said.

Event Honorary Chairperson Mary Carol Kallam, who is also a cancer survivor, spoke about her experience and encouraged everyone to get involved in the fight against caner. She said that she has been given a nine percent chance of a recurrence, and she would like for that to be a zero percent chance, but she also talked about things for which she is grateful.

“If this illness has taught me anything, it is to just be grateful for what you have, ‘cause it could always be worse,” Kallam said.

Lady Bea served as the DJ for the event, and Off the Chain Food Truck was also on hand to serve snacks and supper items. Organizer Ashley Boyd said that the turnout was higher this year than last and estimated that between 200 and 250 people came out. There were six teams taking part in the event.