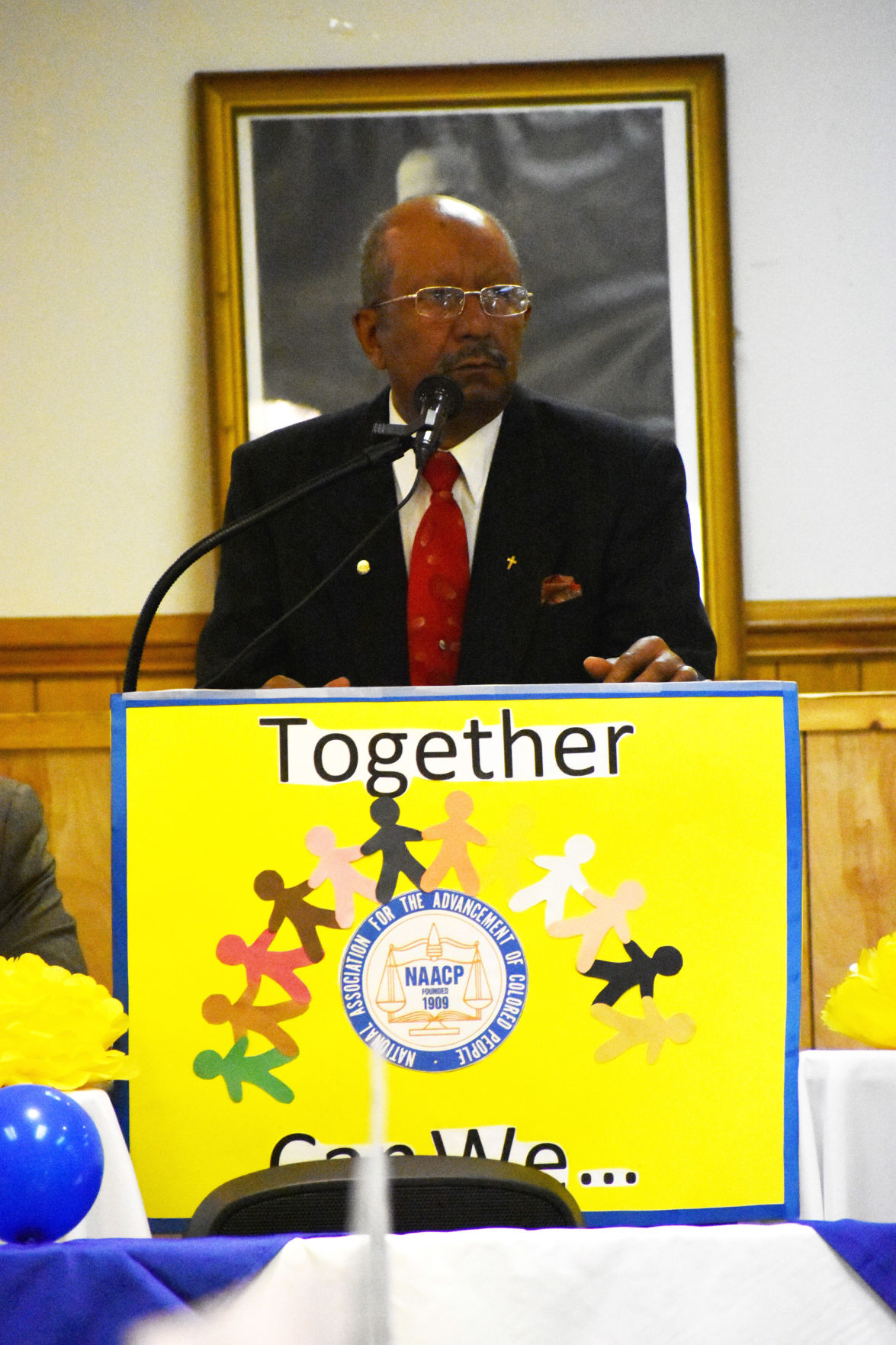 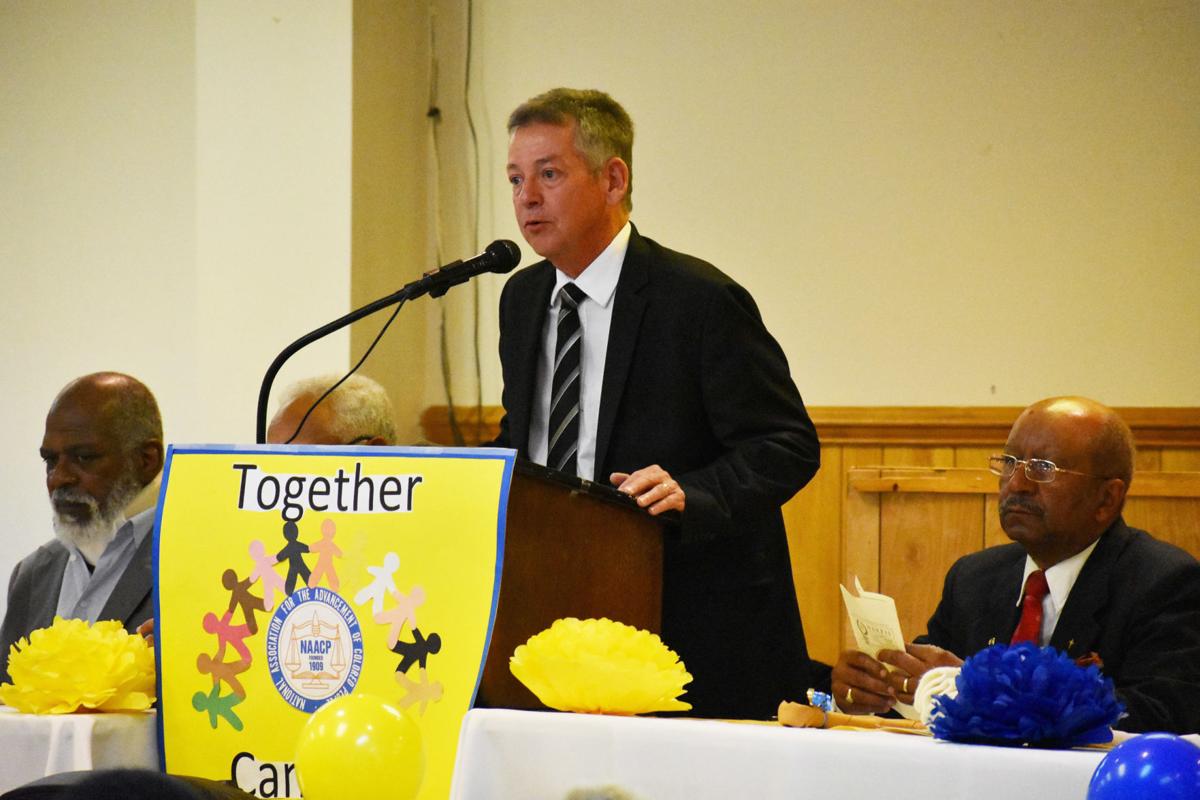 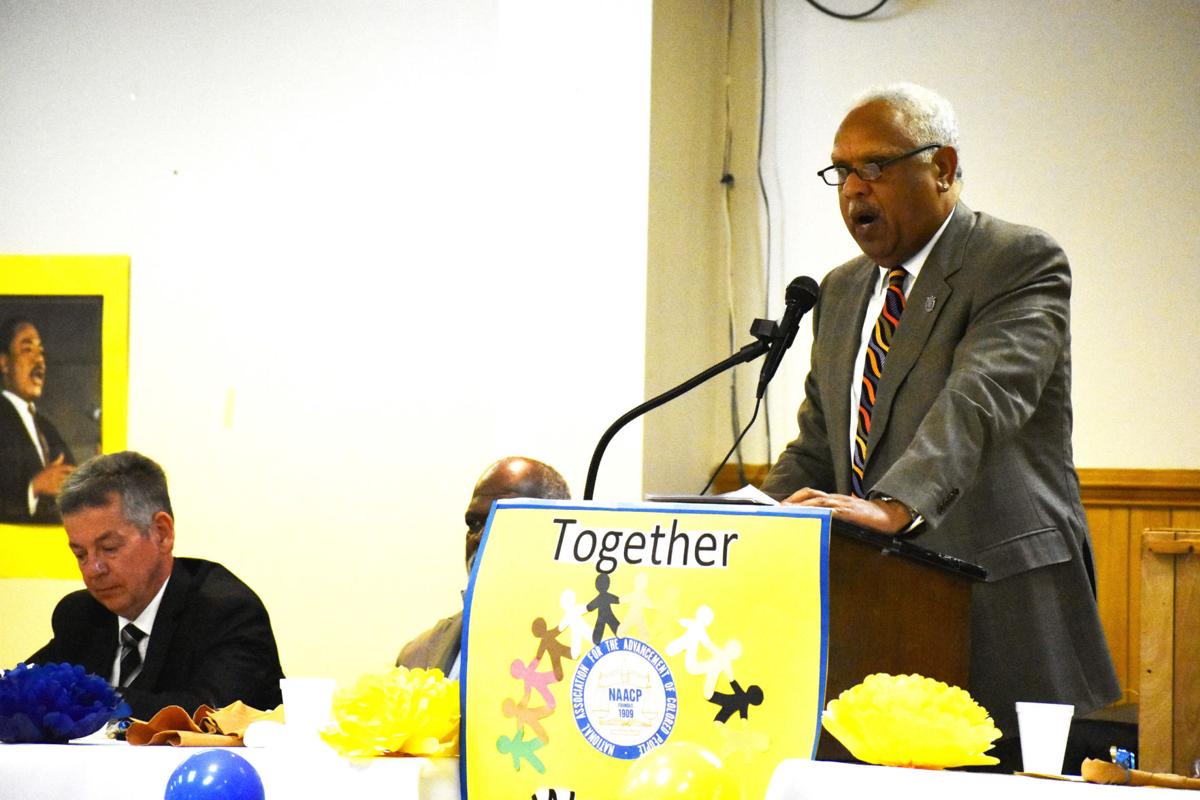 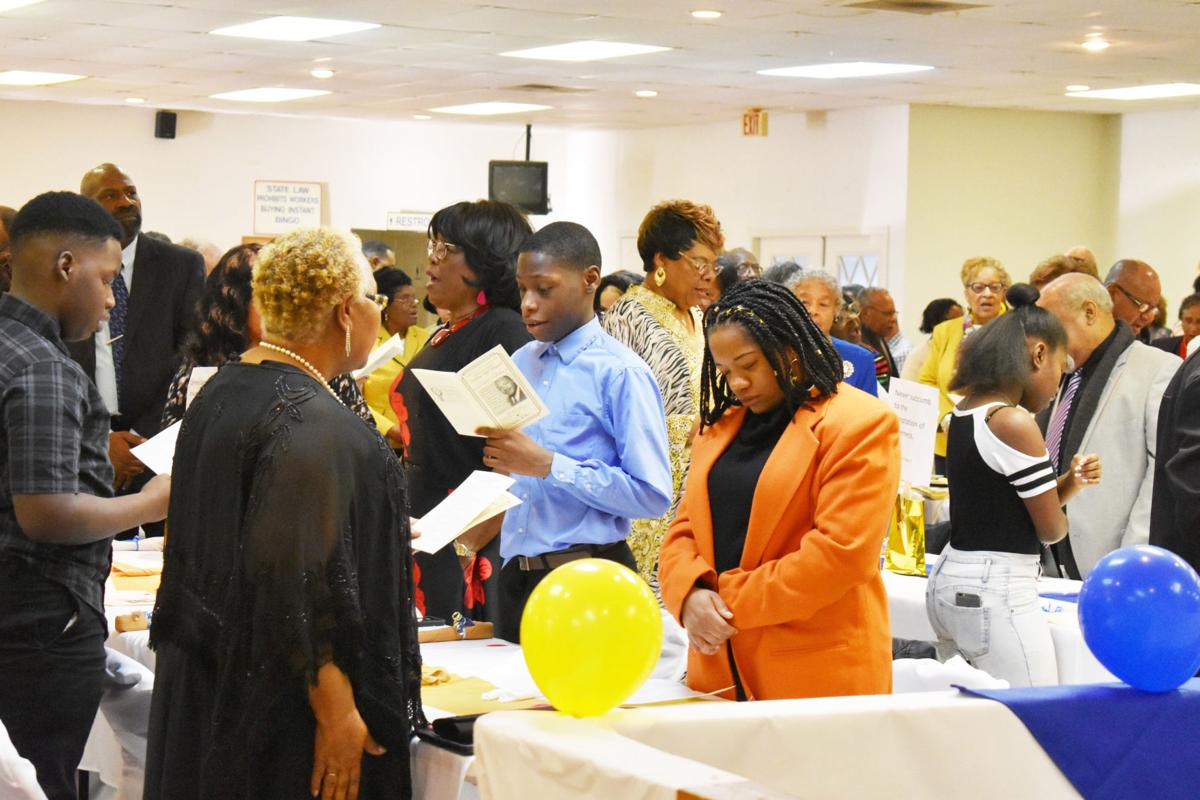 The Mecklenburg County NAACP hosted the 35th Annual Freedom Fund Banquet and Martin Luther King Jr. Birthday Celebration at the VFW hall on Monday, January 20. Reverend Dr. Herman Lundy, Pastor of the Flat Rock Baptist Church in Kenbridge, opened the ceremony by introducing Reverend Willie Tisdale, Chaplain of the Mecklenburg NAACP Branch, who gave the invocation. Town of South Hill Mayor, Dean Marion, welcomed everyone from the area and those that traveled from out of town to attend the event. He led with a quote from Dr. Martin Luther King Jr., “We must learn to live together as brothers or perish together as fools.”

Next the crowd joined together to sing “Life Every Voice” led by Mrs. Maria Morse from Lombardy Grove Baptist Church providing the music. While everyone enjoyed a meal of chicken, potatoes, ham, vegetables, rolls, and a dessert of their choice, Ms. Cathy Wysong entertained the crowd with a selection of songs, which included popular song “Rise Up” by Andra Day. Past NAACP President, B. Lacy Marks, welcomed officials including the Commonwealth’s Attorney, Allen Nash, Commissioner of Revenue, Ed Taylor, School Superintendent, Paul Nichols, Members of the Board of Supervisors, as well as School Board Members. He also recognized representatives from the Brunswick, Lunenburg, Dinwiddie, Nottoway, and Halifax County NAACP branches.

Lifetime Member of the Mecklenburg County branch, Mrs. Ann Garnett Miller introduced the guest speaker for the evening, Dr. Charles “Mike” Harris. Dr. Harris is a native of Mecklenburg County and graduated from Bluestone High School in 1972. He earned his Bachelor of Science in Social Studies Education from Virginia State College, a Masters of Education from the University from Virginia, and a Doctor of Education in Educational Administration form Virginia Polytechnic Institute and State University. He has been an educator for over 36 years and has served as a teacher, assistant principal, principal, director of Middle Schools in Spotsylvania County, and Division Superintendent for Sussex County Public Schools.

Dr. Harris spoke of the changes in education since he started teaching and the positives experiences that he had had over the years. “Jeanetta B. Cole, an educator, once said, ‘If there’s anything we know in the world of education is that teachers will get what they expect from students’ and that’s true. So you have to believe that all students can learn.” Dr. Harris said. “Don’t tell me kids are the worst because kids are just as good as they have always been but you have to communicate what you expect from kids.” He shared memories of his time in a one room school and offered the nine factors that make a quality school system. He finished his speech with a quote from Frederick Douglas, “It is easier to build strong children than repair broken men.”