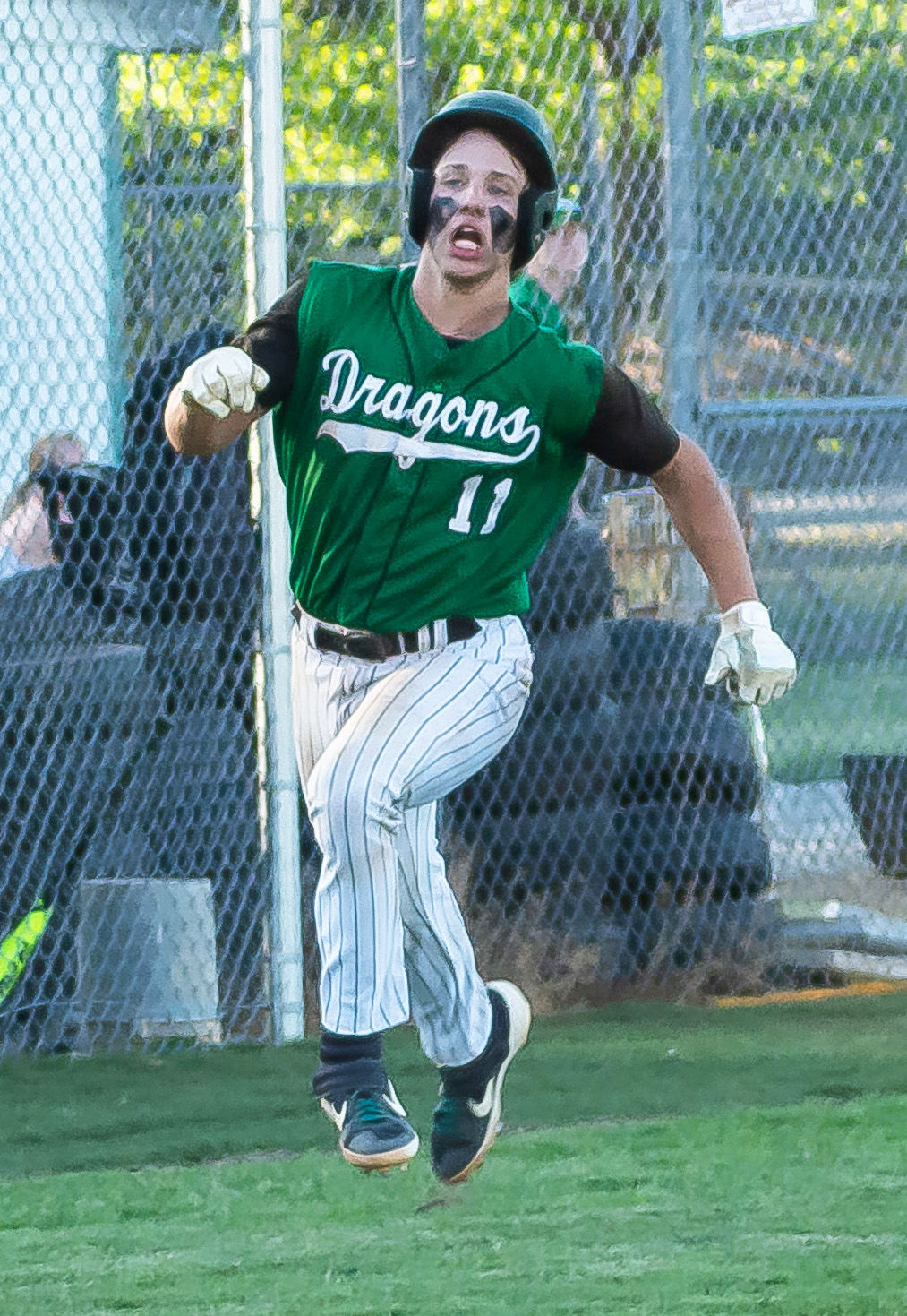 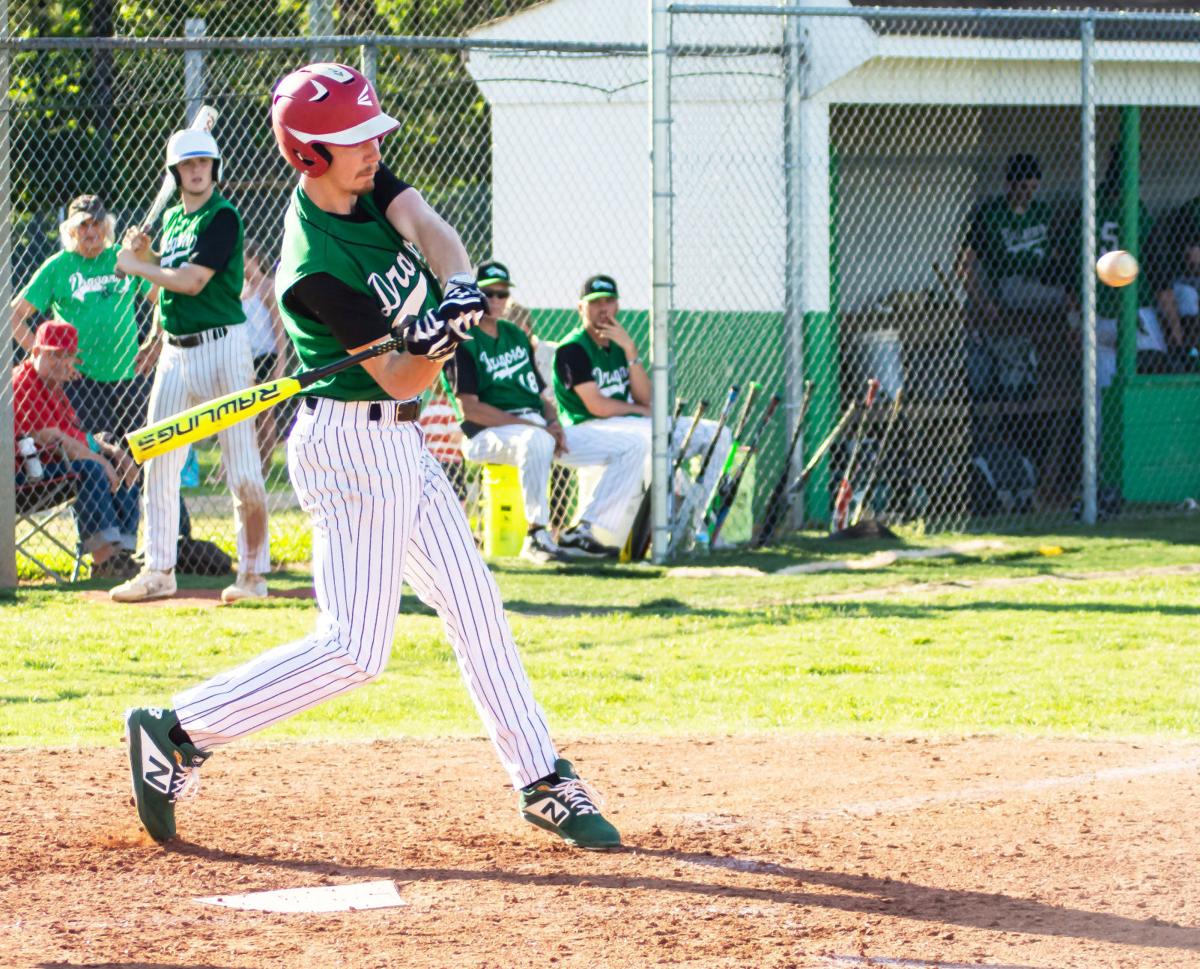 RIPPED – Senior outfielder Patrick Moss ripped this pitch for a double in action from the Dragons’ 14-4 win over Brunswick HS on Senior Night at Dragon Field. Moss went 2 for 3 and scored two runs in the victory.

The three victories improved Park View to 14-1 overall and 11-0 in the Tri-Rivers District.

Park View scored two runs in the first inning, four in the second, and eight in the fourth.

The Bulldogs scored one run in the first and three in the fifth.

Jefferson Barmoy earned the win on the mound, throwing 4.1 innings, allowing seven hits and two earned runs while striking out 10.

Justyn Hudson came on in the fifth and struck out two batters to end the game in five innings.

Seniors Jaison Dugger and Brandon Rolfe both had home runs in the contest. Dugger went 1 for 3 with 2 RBI and a run scored, while Rolfe went 3 for 3 with an RBI and scored four runs.

Patrick Moss had a big game, going 2 for 3 with two runs scored, while Trevor Tanner went 1 for 3 with an RBI and scored a run.

Cameron Sheets had a hit and an RBI, while Barmoy went 1 for 3 with a run scored.

Park View jumped out to a 2-0 lead in the first before both teams exploded offensively in the second inning. The Eagles scored seven runs while Park View exploded for 10.

Greensville added one more run in the fourth, while Park View added one in the sixth.

The Dragons got off to a good start in the first when Justin Clary led off with a double and scored when Hamby reached on an error. Hamby scored on a passed ball for a 2-0 lead.

Park View exploded for 10 runs in the second frame as Ethan Stanley, Rolfe, Clary, Hamby and Sheets led off the inning with walks and Dugger reached on an error to score two runs. Mason Mills also reached on an error to plate another run. A groundout by Barmoy scored a run as did a single by Tanner. After Stanley singled and Clary walked for the second time in the inning, Hamby ripped a triple to score both baserunners.

Park View added another run in the sixth inning when Rolfe singled and scored on an error.

Mills earned the win on the mound, throwing six innings and allowing eight hits and seven earned runs while striking out five. Cameron Shook picked up the save, throwing the final inning and allowing only one walk with one strikeout.

Justyn Hudson was sensational on the mound for the Dragons, allowing only two hits while striking out 11 in the shutout victory.

Park View scored three runs in the third, two in the fourth, two in the fifth and one in the sixth on nine hits.

Clary and Sheets each went 1 for 3 and both scored a run.