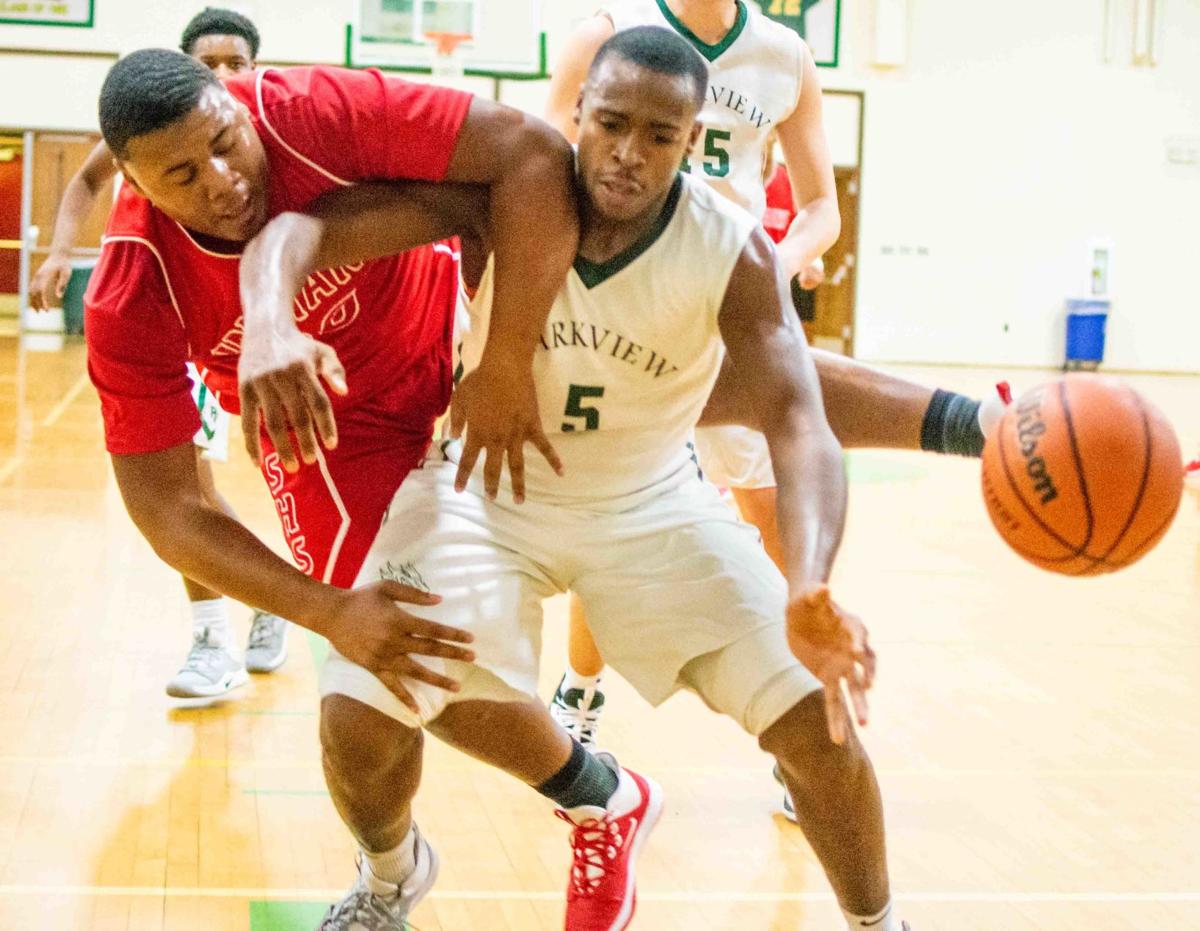 Park View’s Lanthony Joyner battles for a rebound in action from Southampton’s 84-74 win in South Hill on Friday night. Joyner scored 15 points and grabbed 10 rebounds in the loss. (Dennis Smith) 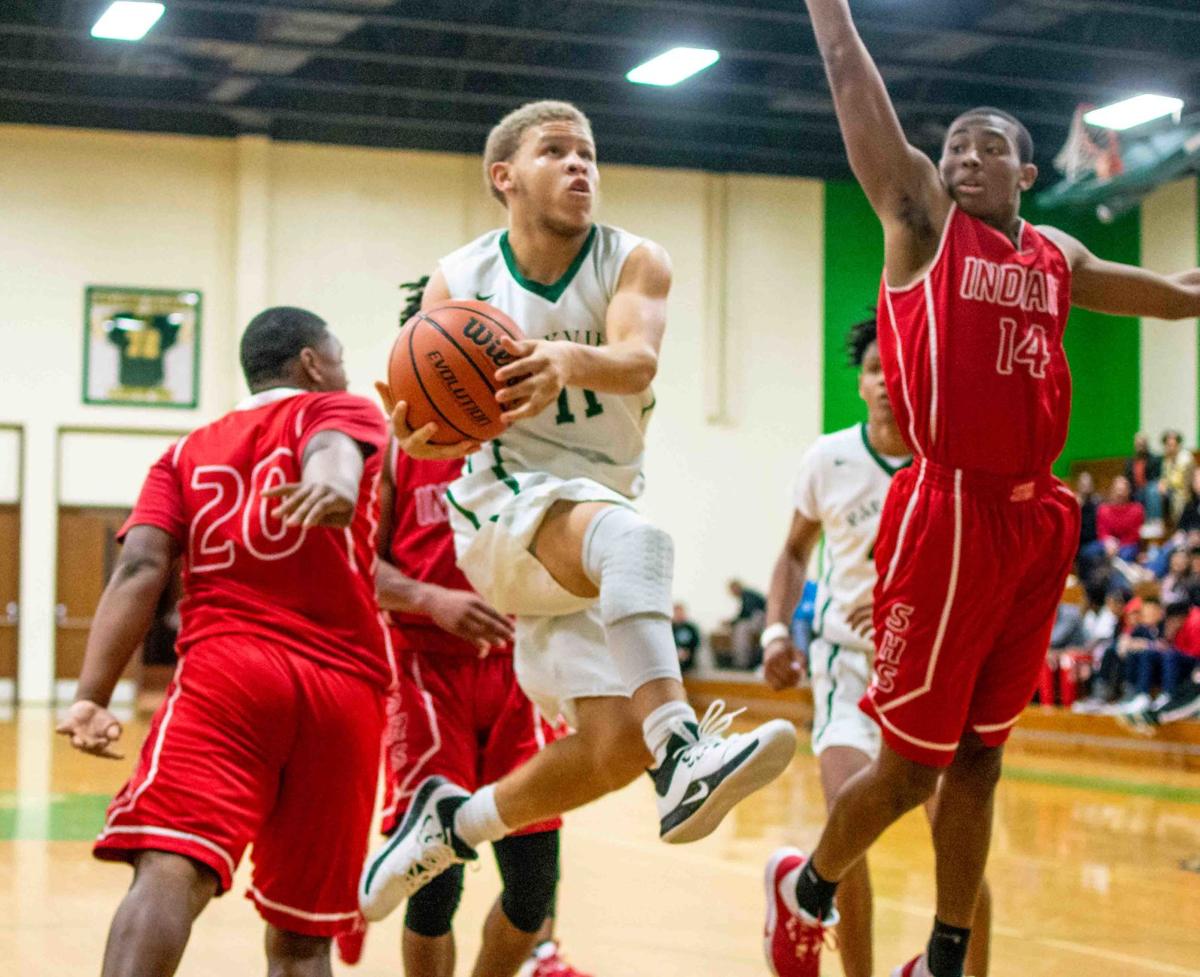 Park View’s Lanthony Joyner battles for a rebound in action from Southampton’s 84-74 win in South Hill on Friday night. Joyner scored 15 points and grabbed 10 rebounds in the loss. (Dennis Smith)

The Park View High School varsity boys’ basketball team got the second half of the season off to a good start in their first game of the New Year but could not keep the momentum going on Friday evening, falling 84-74 at home against Southampton HS.

“We never got over the hump,” said Park View coach Danny Watkins. “We played hard but it’s a tough loss to swallow.”

Watkins said Park View would look to regroup and hopefully heat up during the second half of the season.

The Indians jumped out to a 15-7 lead at the 2:18 mark of the first quarter on a trey by Jaylon Woodley but Park View closed the stanza on a 9-0 run to take a 16-15 lead on a circus shot on the baseline by Lanthony Joyner at the buzzer.

Josh Boyd hit a trey during the run while Joyner totaled four points and Adam Crabel added a bucket.

Southampton opened up a 25-14 lead on a trey by Woodley at the 3:14 mark of the second quarter but Boyd hit a runner in the paint and Anthony Gardner hit a trey with 35 seconds left to knot the score at 30.

Southampton’s Keshon Rawlings scored with one second left to give the Indians a 32-30 lead at the halftime break.

Southampton hit three straight treys to take a 56-41 lead on a deep ball by Alavntae Outlaw at the 1:29 mark but Joyner scored six points over the last minute and Boyd added a trey to help Park View close the margin to 58-52 at the end of three quarters.

Park View got two buckets from Latavion House to open the fourth quarter and closed the gap to 61-60 on two free-throws by House at the 5:25 mark but Southampton answered with a 9-0 run to open up a 70-60 lead on a bucket by Vick at the 2:36 mark.

Crabel hit a trey for Park View and added a runner to close to 74-65 at the 2:11 mark but Southampton hit 10 of 14 from the free-throw line over the final two minutes to seal the victory.

The Dragons topped Franklin HS 68-64 on the road last Wednesday night in their first game back following the holiday break.

Park View fell behind 18-17 in the first quarter but Gardner scored seven points in the second quarter while Boyd and Joyner added six apiece as the Dragons outscored Franklin 26-11 to take a 43-29 lead to the halftime break.

The Broncos cut the Park View lead to nine after three quarters and continued to chip away in the fourth but the Dragons hit 5 of 9 from the charity stripe over the final eight minutes to seal the victory.