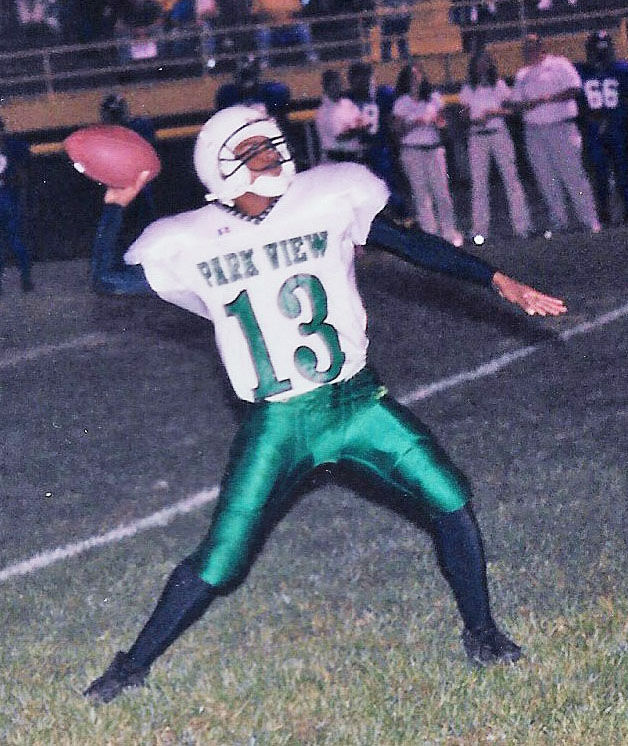 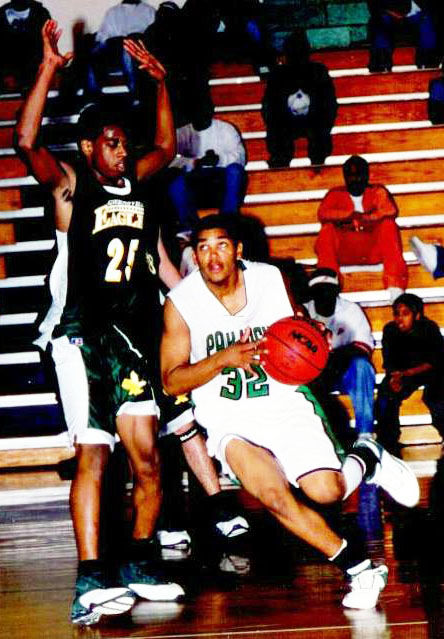 Justin Hite joined the Park View 1.000 point club during his senior season for the Dragons in 2004-05. (Dennis Smith)

Justin Hite joined the Park View 1.000 point club during his senior season for the Dragons in 2004-05. (Dennis Smith)

(With Park View High School slated to merge with Bluestone HS to form the new Mecklenburg County HS in 2022, the South Hill Enterprise is running an ongoing series that looks back at some of the outstanding athletes and coaches and their stories through the years. This is story No. 15 in the series.)

Justin Hite was one of those players you wanted on your team, regardless of the season.

Hite was a three-sport standout during the years of 2001-2005 for Park View High School.

He was the quarterback in football, the shooting guard in basketball and a pitcher/shortstop in baseball.

Hite said looking at his high-school career brings back a lot of good memories.

“It was a happy time,” he said, “getting a chance to do something you loved and playing with the people you grew up with.”

He was the backup at quarterback to his cousin Jason Hite as a freshman football player but took over in his sophomore season while Jason was dealing with an injury.

“We finished second in my junior year,” he said. “That was the year that Matoaca left the district.”

Hite said he fondly recalls a victory over Matoaca in the school’s final district matchup with the Warriors that the Dragons won after converting a 2-point conversion on the final play of the game.

“Coach (Wade) Crutchfield was so happy that we ended up having to call the ambulance for him after he went down on the sideline,” he said.

“He was back at practice the following Tuesday,” Hite recalled.

Hite was a first team All-District football player in both his junior and senior seasons for the Dragons.

He said there were several games that stood out during his high-school basketball career where he was named to the All-District team in both his junior and senior seasons.

“During my sophomore year, we went 18-0 during the regular season under Coach (CW) Gee,” he said.

There were several big come-from-behind victories that helped lead to the undefeated regular season.

The Dragons trailed by 19 at the half to Matoaca and made a valiant rally late to win and overcame an 18-point deficit against Brunswick during the regular season for a thrilling victory in The Dog Pound.

The tremendous season for Park View came to an end however with a loss to archrival Brunswick in the regional playoffs in South Hill that season.

“We still talk about it all the time,” he said of the undefeated regular season and the tough loss to the Bulldogs in the regional playoffs.

Hite joined the Park View 1,000 point club by scoring 34 points in a contest his senior season in the Daily Herald Classic in Weldon, NC.

Hite said the Dragons won the Southside District title in his junior year in baseball behind big seasons from players like Logan Rowley, Harold Cypress and Brandon Spence.

Hite pitched and played shortstop and earned All-District honors in baseball in his senior campaign.

He said basketball was his favorite sport in high school because of the energy he got from the crowd.

“The crowds always brought me energy,” he said. “You felt like everyone was close to you especially playing (in the old Dog Pound) at Brunswick where if you stepped out of bounds you were in the stands.”

Hite injured his shoulder in his senior season but still landed an offer from Liberty University to play basketball.

He redshirted his freshman season for the Flames and was in line for playing time during his second year but decided to return home and enter the workforce following the birth of his first son.

He said that NBA great Seth Curry joined the Liberty team the year he left.

Hite has two sons, Jaiden and Jordin, who are following in their Dad’s footsteps and are already very good athletes.

“They are better than I was at that age,” said Hite. “I learned a lot from my failures and I share that with them as well as the things that my Dad taught me. I don’t want them to make the same mistakes I made. Sports is what they love to do so I am going to be right there with them.”