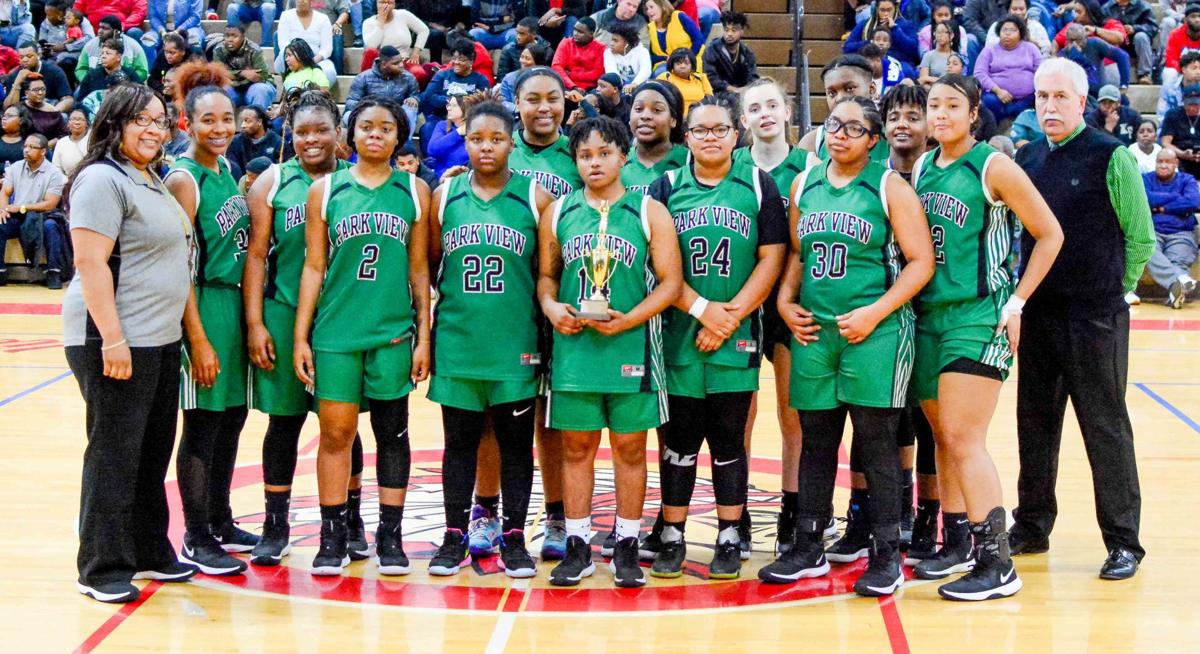 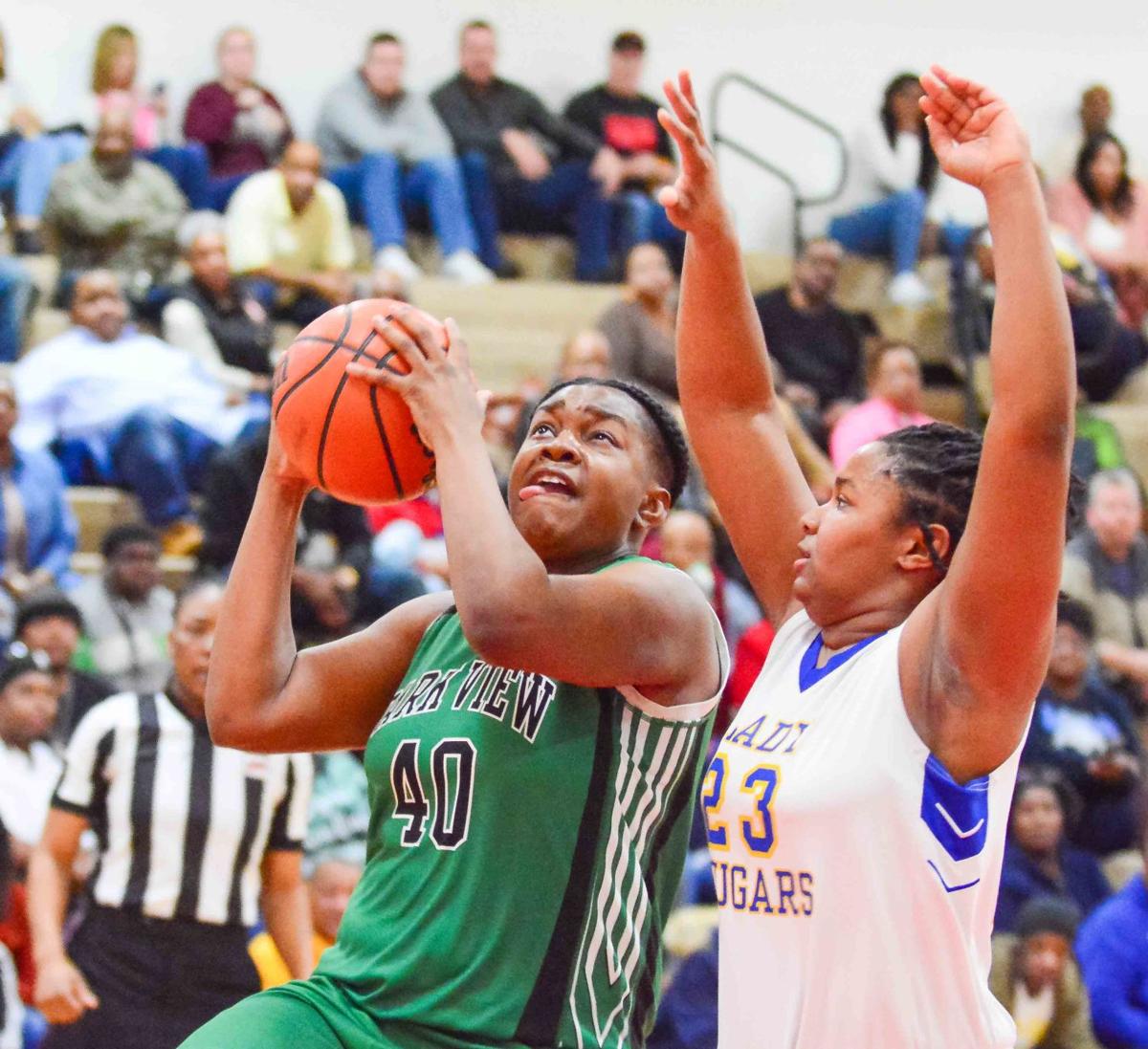 Park View’s Tyonne Montague makes a drive to the basket in action from top-seeded Surry’s 63-29 win in the district tournament title game on Saturday night at Southampton HS. (Dennis Smith) 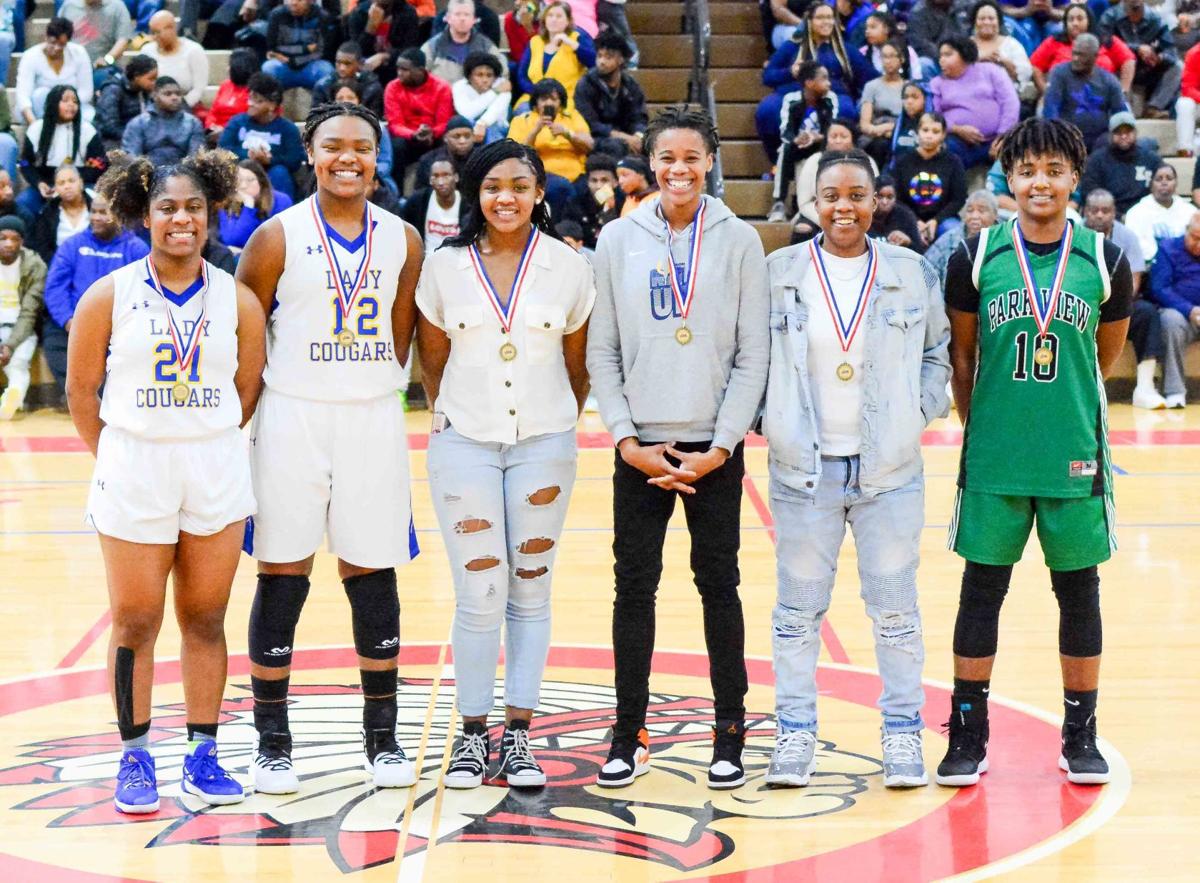 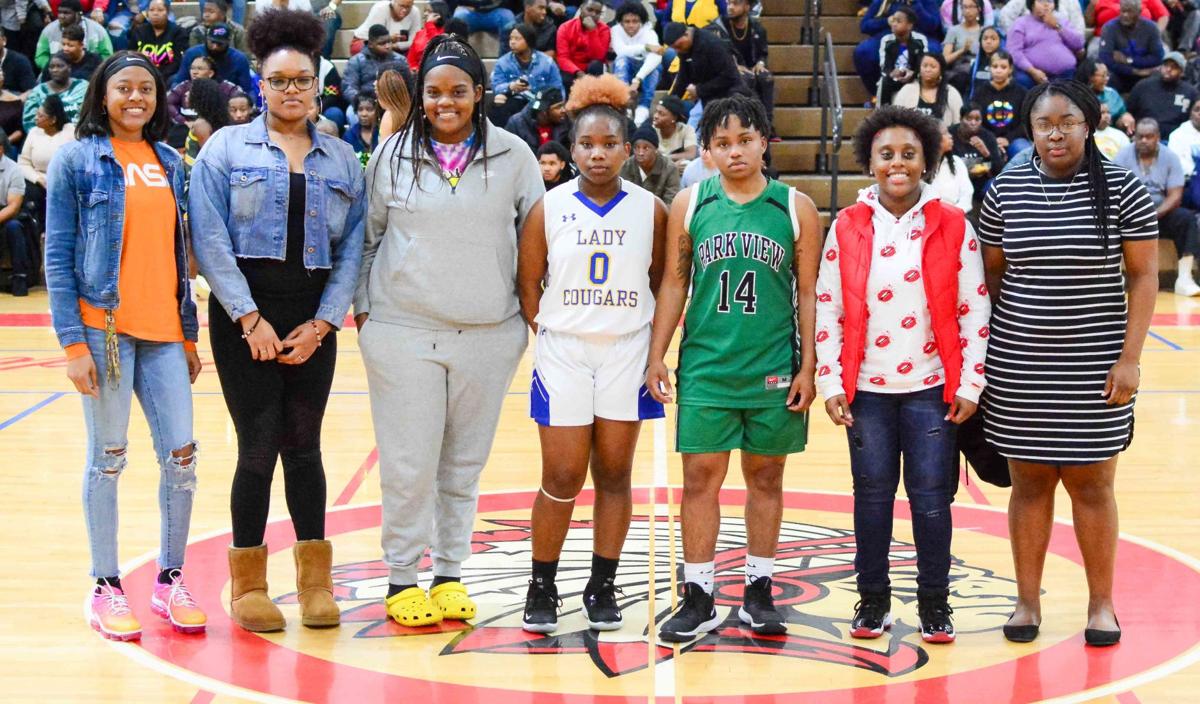 Park View’s Tyonne Montague makes a drive to the basket in action from top-seeded Surry’s 63-29 win in the district tournament title game on Saturday night at Southampton HS. (Dennis Smith)

The Lady Dragons will now turn their sights to the 3A East regional tournament where they are expected to earn the No. 2 seed and will enjoy a bye during the first round on Friday and likely play the winner of Southampton/York in a quarterfinal contest in South Hill on Tuesday night.

In the district tournament title game, Surry came out firing on all cylinders, jumping out to an 11-0 lead on a steal and bucket by Bre’cha Byrd, the district’s player of the year, at the 3:22 mark of the opening quarter.

Park View’s Mikya Harrison got a shot to fall at the 3:01 mark of the first quarter but it was the Lady Dragons only field goal of the first eight minutes. Shakiah Chavis did add a free throw but Surry ended the half on a 9-1 run to open up a 20-3 lead.

Azaria Williams and Tyonne Montague scored on consecutive trips down the court for Park View but Surry answered with a 8-2 run to take a 39-9 lead at the 2:55 mark on two free-throws by Byrd.

Teonia Watts hit two free-throws for Park View at the 2:52 mark of the stanza but Surry ended the quarter on an 8-0 run to take a commanding 47-11 lead to the halftime break.

The Lady Dragons settled down in the third quarter and Williams scored five points and Chavis added four to cut the deficit to 58-22.

A running clock was used in the final eight minutes as Tiara House scored five points for Park View while Shateria Garnes added a bucket.

NeOnde Kelly led Surry with 16 points in the title game while Byrd added 15.

Lady Dragons’ first-team honoree Deaona Watkins did not play in the contest.