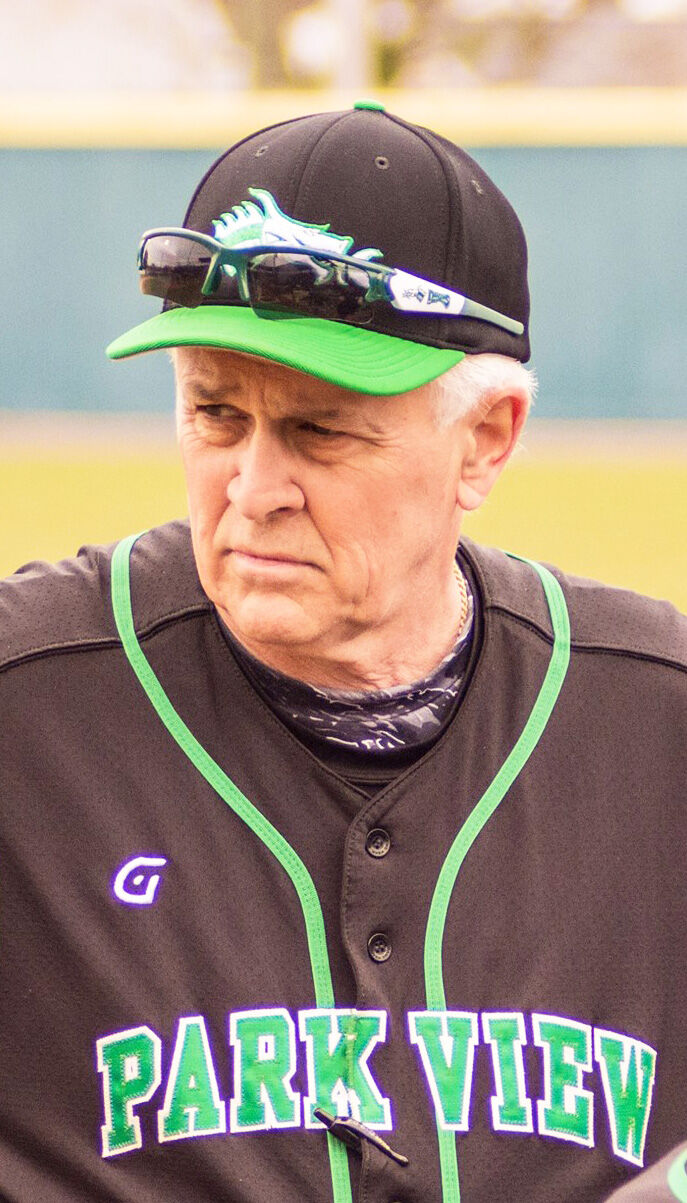 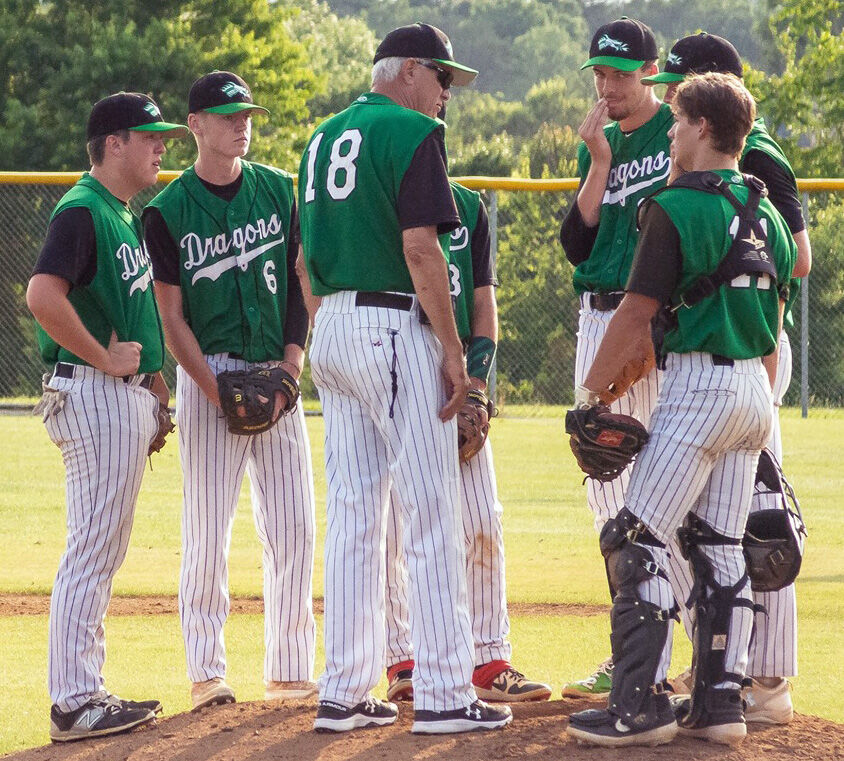 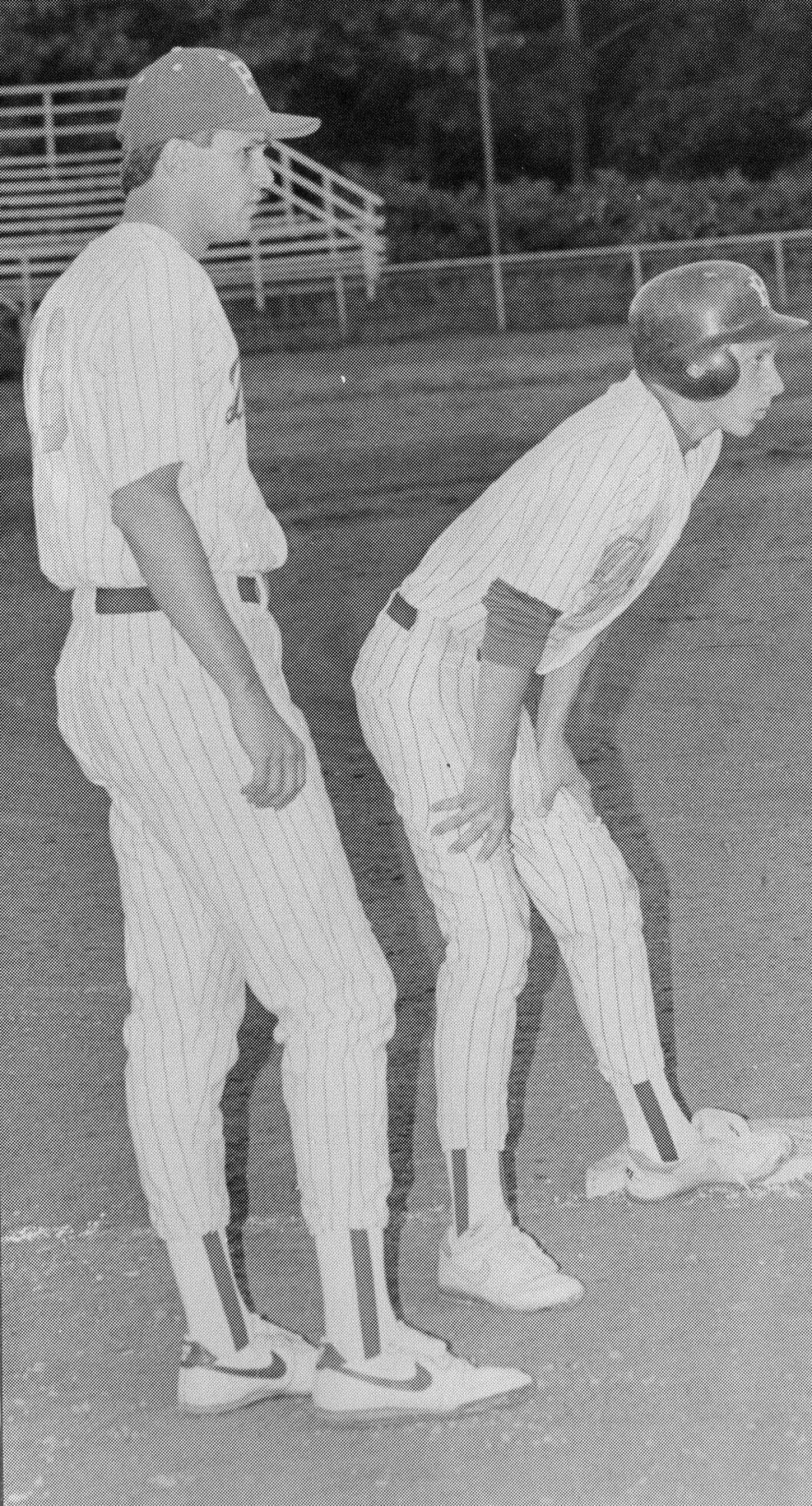 Coach Michael Greene and Jason Crocker look over the situation in a contest during the 1992 season when Greene was selected as the Southside District Coach of the Year. (Dennis Smith)

Coach Michael Greene and Jason Crocker look over the situation in a contest during the 1992 season when Greene was selected as the Southside District Coach of the Year. (Dennis Smith)

(With Park View High School slated to merge with Bluestone HS to form the new Mecklenburg County HS in 2022, the South Hill Enterprise is running an ongoing series that looks back at some of the outstanding athletes and coaches and their stories through the years. This is story No. 14 in the series.)

If you played sports at Park View High School anytime over the past three decades, it is a good chance that Michael Greene was one of your coaches.

Greene, who was been coaching for over 40 years, leaves Park View as its longest tenured coach with 30 years of service at the high school.

While he is most widely known as a baseball guru, he has also coached a number of other sports during his long career.

“I was involved with basketball and football for a long time,” said Greene. “I have coached all of the basketball teams, varsity and JV, for both girls and boys. I coached football with Wade Crutchfield when he came in the first time and coached with him again when he returned the second time.”

Greene said he is thankful for the wonderful support he found at Park View as a coach throughout the years.

“I’ve had some really good kids, parents and support from the administration and community,” he said.

He noted that the Town of South Hill, Vulcan, Barker Construction as well as a number of other individuals and businesses have been very supportive of the sports programs’ needs over the years.

“The community has always helped us,” he said.

Greene, who took care of the athletic fields for more than 25 years said, “I was never told no by anyone when we asked for help.”

He also coached softball for two years at Park View, making regional playoff appearances in both seasons, and had the opportunity to coach both his daughter Stephanie and son Scott.

“That was part of my pleasure,” he said of having the opportunity to coach his children. “The benefit I had was they grew up around me coaching.”

Greene said he thinks his adult children are proud of having played for him as they have gotten older.

As a baseball skipper, Greene has found much success on the diamond, amassing 348 wins in his career at the three schools including capturing nine district titles and earning 15 regional appearances as well as last year’s state tournament berth.

Greene said he is thankful for the wonderful coaches he has worked with during his career.

“I worked with a lot of good coaches,” he said. “I have always had a great support staff. All the coaches at Park View have always worked together. That is one reason we were so successful.”

Greene was a third baseman on the 1971 Park View baseball team that advanced to the state semifinals where they fell to Turner Ashby HS.

“That’s as far as the school has ever been,” he said.

Greene graduated from Mecklenburg Academy in 1972 and went to Eastern Mennonite University in Harrisonburg where he played baseball and basketball.

He pitched his final three seasons for EMU.

“They dropped me to side arm,” he said. “At 6-5 and throwing sidearm, it probably looked like I was throwing from third baseball. I had to relearn the mechanics.”

EMU proved to be an important stop in his life as that is where he met his wife Bonnie who has been his life partner ever since.

“The Lord had it in his plan,” he said. “My lovely wife has allowed me to coach all these years. She has always supported me.”

Greene said he is proud that 63 kids he coached during his career, which includes American Legion and summer ball, that went on to play in college.

The late Perry Bagbey was the first and 2020 Park View graduates Justyn Hudson and Jarrett Hamby are the two most recent.

He has coached five young men who were selected in the MLB Draft and two that played in the major leagues.

In addition, the veteran coach has also offered his ‘Atta-Boy’ baseball/softball camps for local youngsters for a number of years.

Greene announced earlier this summer that he was leaving the Park View program after accepting the head varsity baseball coach position at Kenston Forest School.

He said he decided to make the move at this time for three reasons.

He knew after missing this past season due to the COVID-19 pandemic that he was not ready to retire from coaching and wanted to continue. Secondly, he said that he did not ever want to leave a large number of seniors behind and that this was a good time to step down. Thirdly, he did not feel it was right to stay at Park View and then move to the new Mecklenburg County HS which is slated to open in 2022, if he could not stick around long after that.

Greene said that he has been justly rewarded for coaching young people through the years.