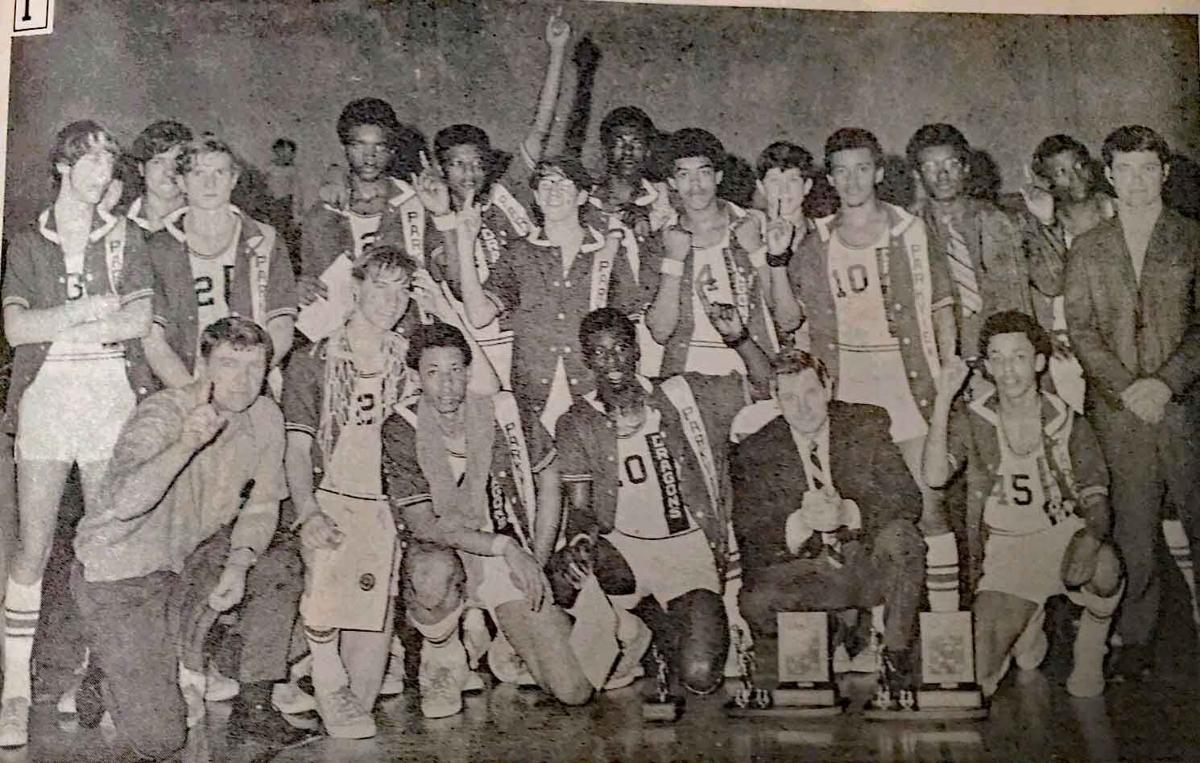 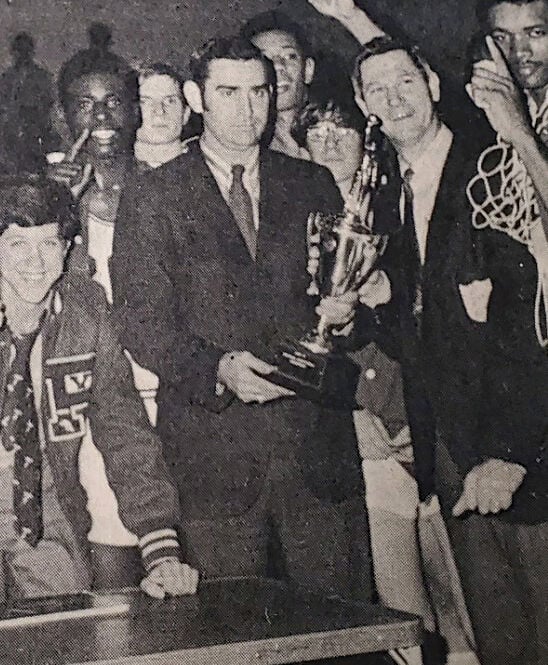 (With Park View High School slated to merge with Bluestone HS to form the new Mecklenburg County HS in 2022, the South Hill Enterprise is running an ongoing series that looks back at some of the outstanding athletes and coaches and their stories through the years. This is story No. 16 in the series.)

Park View advanced to the state playoffs three straight times from 1969-1971 under Coach Allen, losing twice in the quarterfinals before the fantastic run to the title game.

The Dragons fell to the eventual state champion all three years during the sensational run, losing to Suffolk by two points and Luray by five points in overtime in the two preceding years.

Free-throws doomed Coach Allen’s team in the 1971 championship game as the Dragons connected on only 8 of 18 from the charity stripe while Chatham connected on 17 of 27.

“We lost it at the foul line,” Coach Allen said after the game.

Park View was hampered in the title game after 6-5 Frank Davis ran into early foul trouble and fouled out early in the second half.

Park View co-captain Saint Walker also ran into early foul trouble and sat out most of the second and third quarters.

The Dragons jumped out to a 13-11 lead in the first quarter but Chatham took advantage of some deep shots by sharpshooter Sammy Richardson, a senior guard, to outscore Park View 19-15 in the second quarter for a 30-28 halftime lead.

Chatham took a 42-39 lead into the fourth quarter and the Dragons could never take the lead in the closing minutes.

Park View finished the season with a 23-2 record while Chatham finished at 23-3.

Ed Rogers led the Dragons with 19 points in the title game on 7 of 15 shooting from the field while Buddy Morris scored 11 points and Kenneth Walker added 10.

Richardson led the state champions with 21 points, the most points the outstanding Park View defense had given up to any opposing player that season.

The Dragons had advanced to the playoffs after winning the Southside District regular season and tournament titles. The tournament title in 1971 was the fourth straight for Coach Allen.

The Dragons made a big run through the regional playoffs and topped Franklin HS 54-48 in the Region I title game.

The Dragons took advantage of their size in the contest as 6-4 Kenneth Walker, 6-5 Frank Davis and 6-4 Buddy Morris were able to make things tough inside for Franklin’s 6-6 center.

Smith led the Dragons with 20 points in the regional title game while Rogers scored 14 and Walker added nine.

Park View topped James Monroe 67-53 in the state semifinals behind 26 points from Morris and 16 apiece from Rogers and K. Walker.

Walker, Morris and Rogers were all named to the Southside District first team.

Benny George, a senior forward on the team, said a number of the Park View players came down with a 24-hour virus the night between the state semifinals and finals.

“I remember the stomach flu hit us the night after we played James Monroe,” said George. “We thought they might be the best team and we had handled them pretty easily.”

George said even though a number of the players were not at full strength, they gave everything they had in the championship game.

“He was a good man and a good coach,” George said. “I always thought he was fair. You did what he told you to do or you came over to sit on the side.”

“He was a very strong and disciplined coach that believed in team play. He wanted you to play Park View basketball,” Nanney said. “He knew how to handle his players and that paid off.”