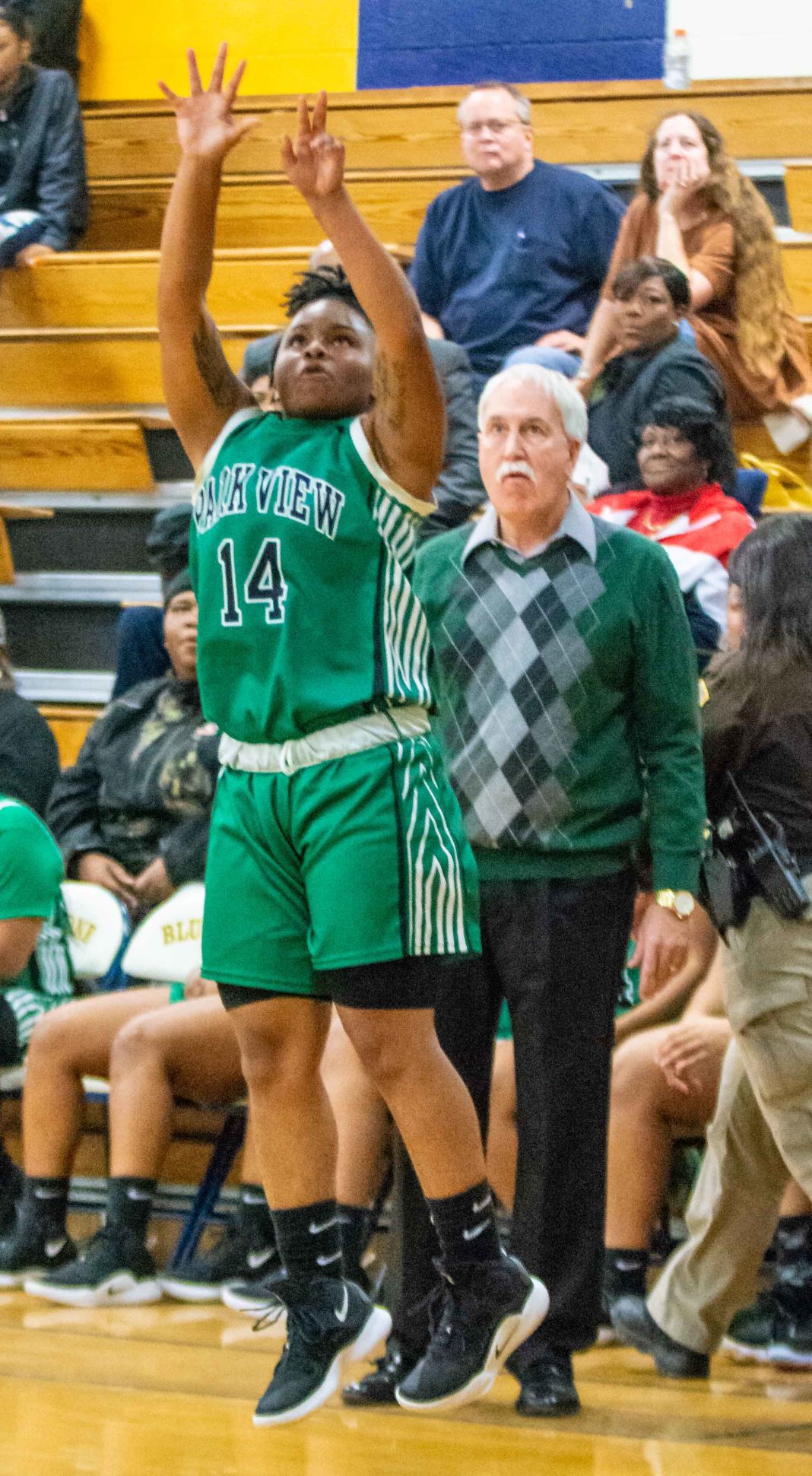 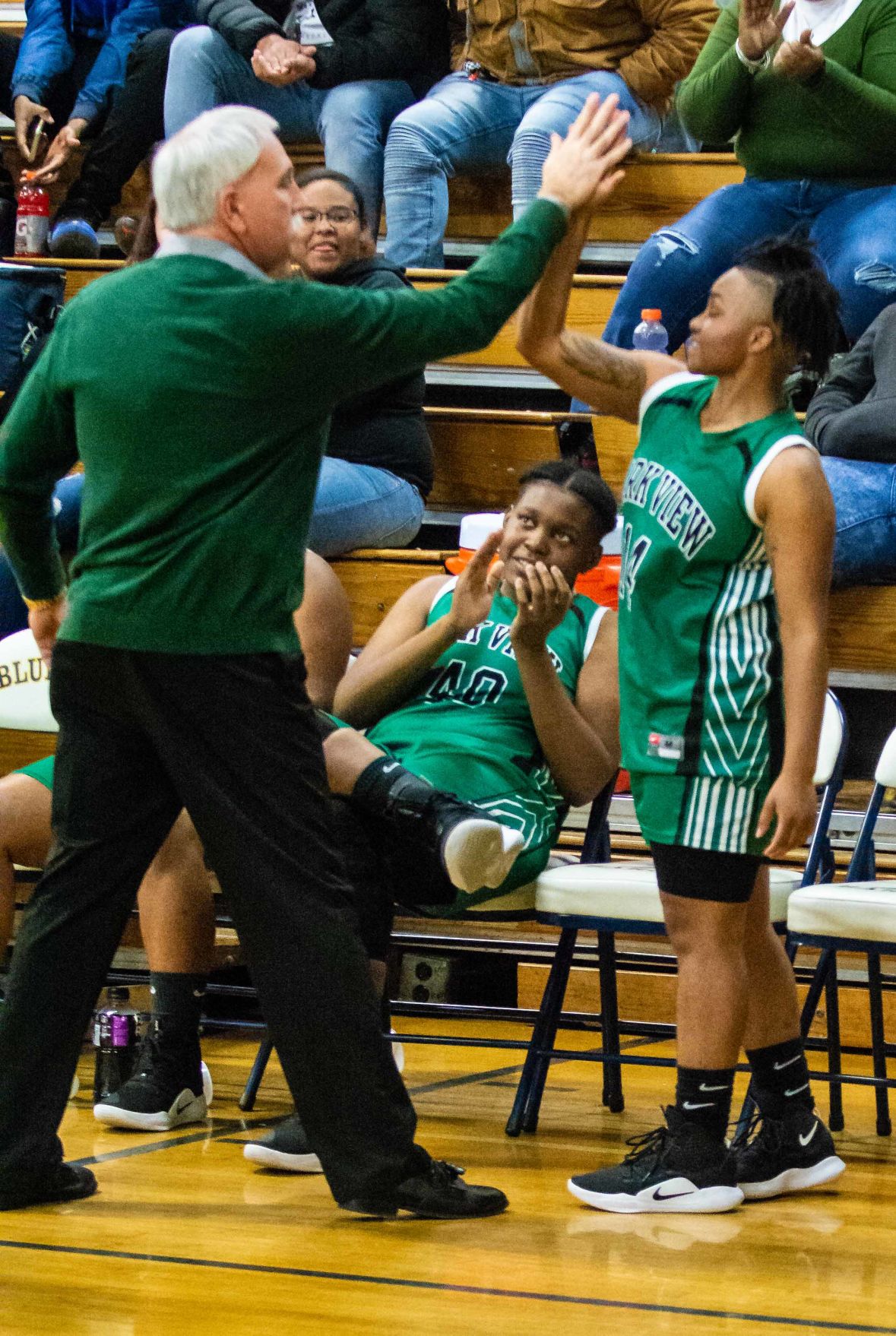 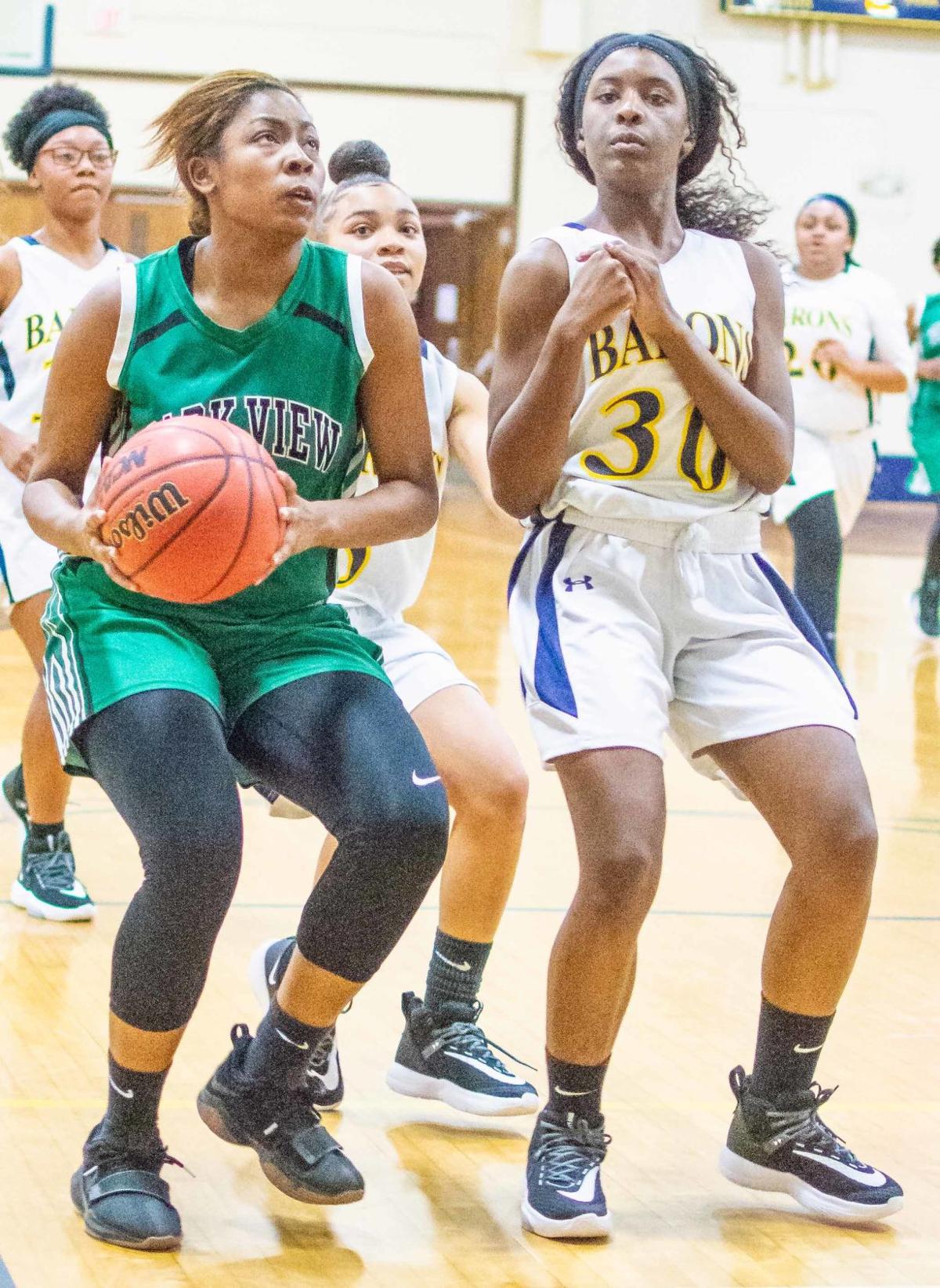 The victory was the fifth straight for the Lady Dragons to improve them to 9-1 on the season. Park View finished the month with a 5-1 mark in Tri-Rivers District play.

“We’ve played well in the first ten games,” said Park View coach Michael Barmoy. “The last two games we have played well in spurts. We came out and were sloppy tonight but were able to get it going.”

The win over Bluestone was also a special game for Lady Dragons’ senior point guard Mikya Harrrison who scored the 1,000th point of her high-school career with a trey at the 5:42 mark of the third quarter which gave Park View a 36-18 lead.

The Lady Dragons jumped out to a 15-10 lead in the first quarter on Friday night.

Bluestone fought back to cut the lead to 15-13 early in the second quarter on a bucket by Kayla Williams and a free-throw by Jalan Dailey.

Harrison buried a trey at the 5:57 mark to extend the Park View lead to 18-13 and Park View went on a 15-0 run to take a 30-13 lead on a 3-point play by Deaona Watkins and a rebound and putback from Azaria Williams.

Amircale Hilliard buried a trey for Bluestone to trim the Lady Dragons lead to 31-16 at the halftime break.

Harrison hit the history-making three-pointer early in the third quarter and Park View responded with a 8-0 run to take a 44-20 lead on a steal and layup by Watkins.

Coach Barmoy substituted liberally the rest of the way as Park View took a 53-34 lead to the final quarter.

The Lady Barons got six straight points from Tyra Dennis midway through the fourth quarter which allowed Bluestone to cut into the final margin.

The loss was the third straight for the Lady Bulldogs to drop them to 2-3 on the season.

The Lady Dragons came out ready to play, jumping out to a 5-2 lead at the 6:08 mark on a layup by Harrison.

After Nyiesha Pair hit a trey for Brunswick at the 3:39 mark to cut the deficit to 10-8, Park View closed the quarter on a 12-0 run behind eight points from Deaona Watkins.

Brunswick fought back with an 8-0 run early in the second quarter to close to 24-16 on two free-throws by Seward but Watkins converted a 3-point play for Park View and Teonia Watts hit two buckets over the final two minutes to give the Lady Dragons a 33-22 lead at the halftime break.

Park View took a 39-27 lead at the 3:52 mark of the third quarter on two free-throws by Watkins but Seward scored on a rebound and putback and Pair hit a runner in the paint for Brunswick to trim the lead to 39-31.

The Lady Dragons closed the stanza on a 6-2 run behind four points from Watkins to take a 47-35 lead to the final quarter.

Two straight buckets by Watkins gave Park View a 53-41 lead at the 4:44 mark but Pair hit a trey and Seward added a layup for Brunswick to trim the lead to 53-46.

That was as close as the Lady Dogs would get however as Park View closed the game on an 8-0 run to seal the victory.

Watkins led all scorers with 21 points on the night for Park View while Williams added 10.

Brunswick fell 51-37 on the road in a district contest last Monday evening.

The Lady Bulldogs came out hot to start, jumping out to a 16-3 lead in the first quarter behind nine points from Seward and five from Pair.

Franklin fought back in the second quarter to outscore Brunswick 11-7 and cut the deficit to 23-14 at the halftime break.

Franklin outscored Brunswick 22-10 in the third quarter to take the lead and then put the game away with a 15-4 run in the final stanza.

The Lady Dragons broke open a close game with a 27- 13  run in the third quarter behind 14 points in the stanza from Harrison on the way to a 69-53 win over Colonial Heights HS in a non-district contest last Monday night.

Harrison led Park View with 18 points in the game while Watkins scored 16 and Watts added 10.