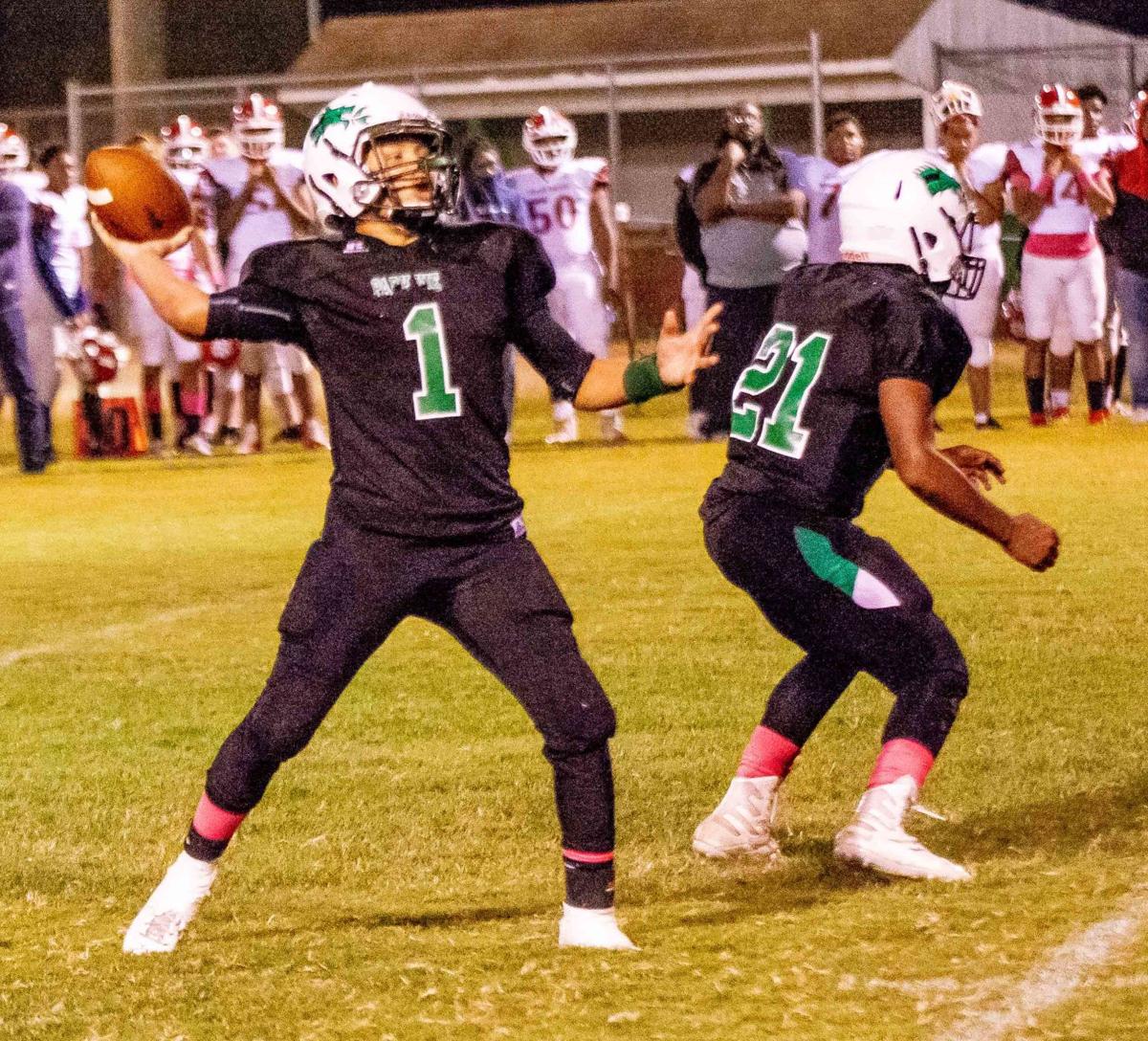 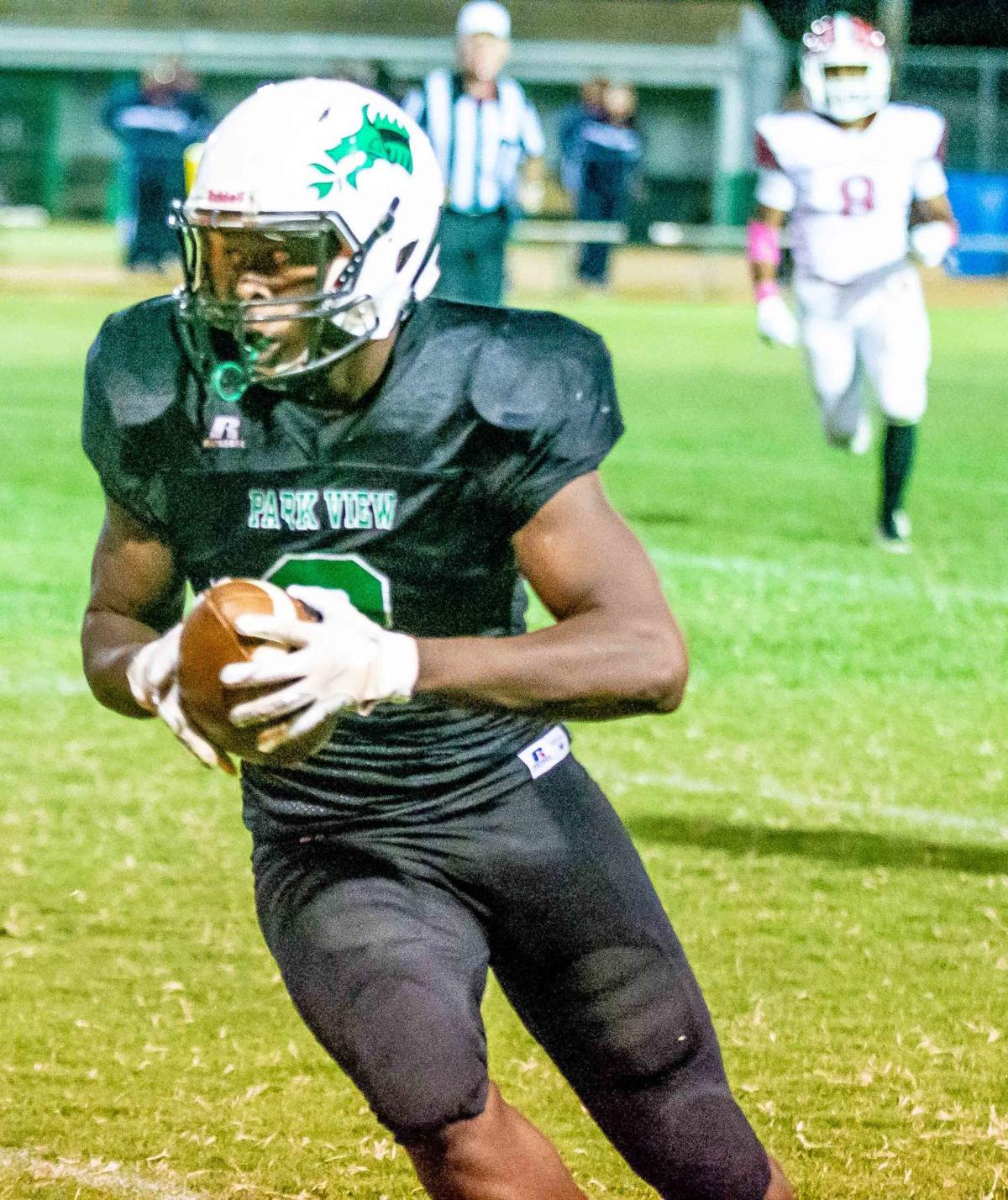 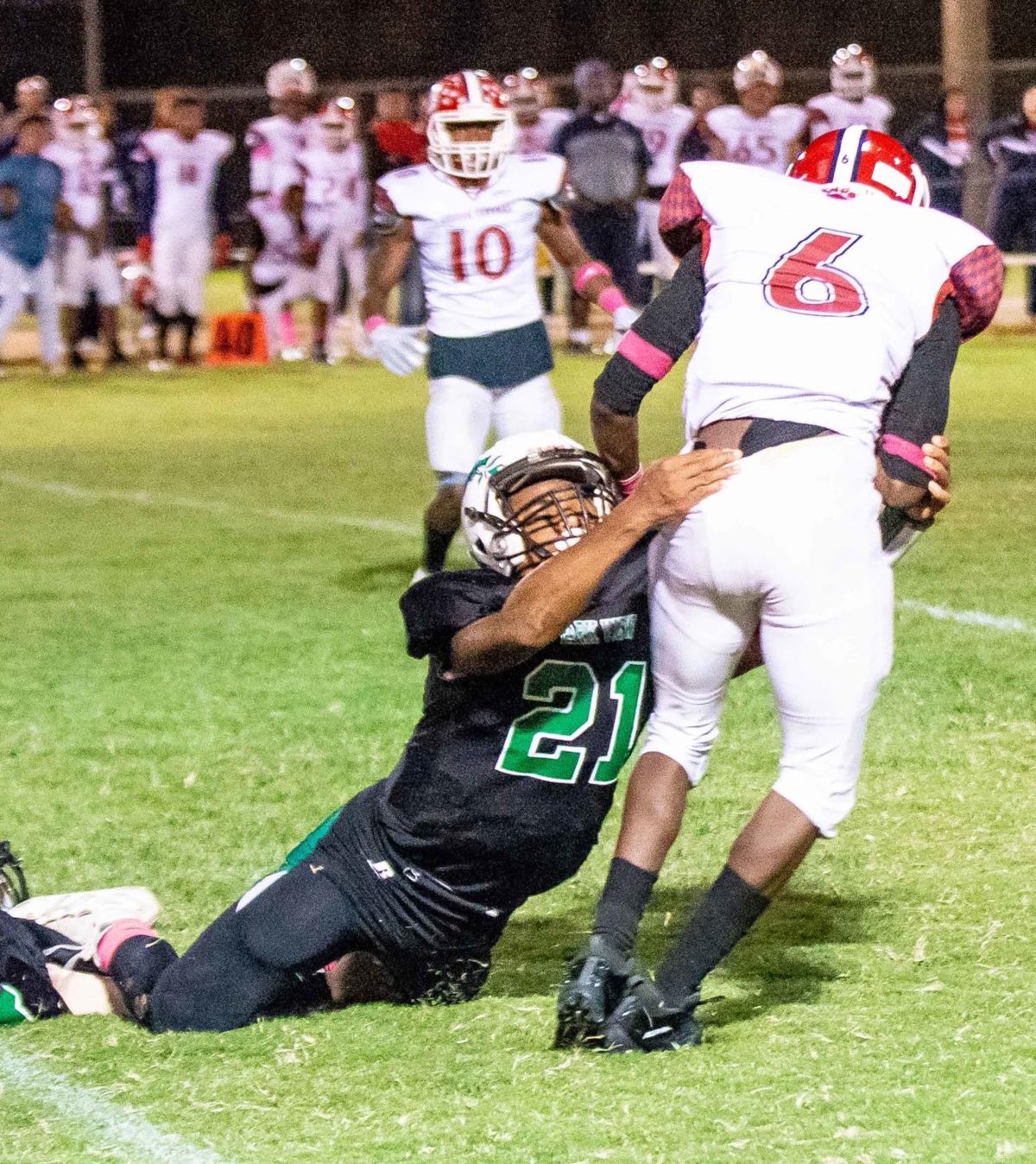 The win improved the Tigers to 3-0 in the Tri-Rivers District and 5-1 overall while Park View fell to 1-2 in the district and 3-3 overall.

“We must continue to improve in the area of focus and concentration,” said Dragons’ skipper Tony Whittingham, Jr.

Park View took a 29-26 lead with 2:44 left to play when kicker Adam Crabel connected on a 27-yard field goal, his third of the night.

Sussex answered quickly however as the Tigers converted a 53-yard pass completion on the next play from scrimmage to move into the Park View redzone.

Two plays later, Sussex scored on a 3-yard touchdown run and added a 2-point conversion run for a 34-29 lead with 1:43 left to play.

Park View quarterback Josh Boyd hooked up with Dontavious Wilson on two short pass completions and picked up one first down with a 17-yard scamper.

The Tigers defense tackled Boyd for a 15-yard loss with 37 seconds left to play. Following an incomplete pass, the Sussex defense smothered the Dragons receivers on the final play of the game. Boyd was able to pick up 25-yards on a desperation run but was tackled at the 43-yard line when the final horn sounded.

Sussex took the opening kickoff and moved 65 yards on 11 plays to hit pay dirt when Jaylin Prosise scored on an 8-yard touchdown run and then added a 2-point conversion run for an 8-0 lead.

Park View answered on their first possession when Boyd scored on a 25-yard touchdown run and Crabel added the PAT to cut the Sussex lead to 8-7 at the 3:49 mark.

The Dragons took the first lead of the game early in the second quarter when Boyd hit Wilson with a 13-yard touchdown pass and Crabel added the PAT for a 14-8 lead at the 11:02 mark.

Sussex answered on their next possession, driving 67 yards on 11 plays to get on the board when Tyree Rose scored on a 3-yard touchdown run to knot the score at 14 with 5:02 left in the first half.

Boyd hooked up with Wilson on a 35-yard pass completion on Park View’s next offensive series and Crabel booted a 34-yard field goal to give the Dragons a 17-14 lead at the 2:50 mark.

Tamarion Thomas came up with a Sussex fumble recovery seconds later and Crabel booted a 36-yard field goal with 26 seconds left as the Dragons took a 20-14 lead to the halftime break.

The Tigers scored on their first possession of the second half on an 8-yard touchdown run to knot the score at 20 at the 7:02 mark.

Park View fumbled three plays later and Sussex picked up the loose ball and returned it 32 yards for a touchdown and a 26-20 lead at the 6:11 mark.

The Dragons tied the game with 34 seconds left in the third quarter when Boyd hooked up with Wilson on a 30-yard touchdown pass.

Park View was unable to convert the PAT after being backed up 15-yards on an unsportsmanlike flag for excessive celebration and the contest went to the final quarter knotted at 26.

The Dragons defense came up with a big stop on 4th-and-3 early in the fourth quarter. The Park View offense took over and Boyd hooked up with Wilson on a 35-yard pass completion to move onto the Sussex side of the field.

The game was halted for 15 minutes shortly after when a spectator in the stands suffered a medical emergency and had to be transported for treatment by the local rescue squad.

Following the delay, the Dragons drove to the Sussex 10-yard line and on fourth down, Crabel hit the 27-yard field goal to give Park View a 29-26 lead before Sussex’s final scoring drive.