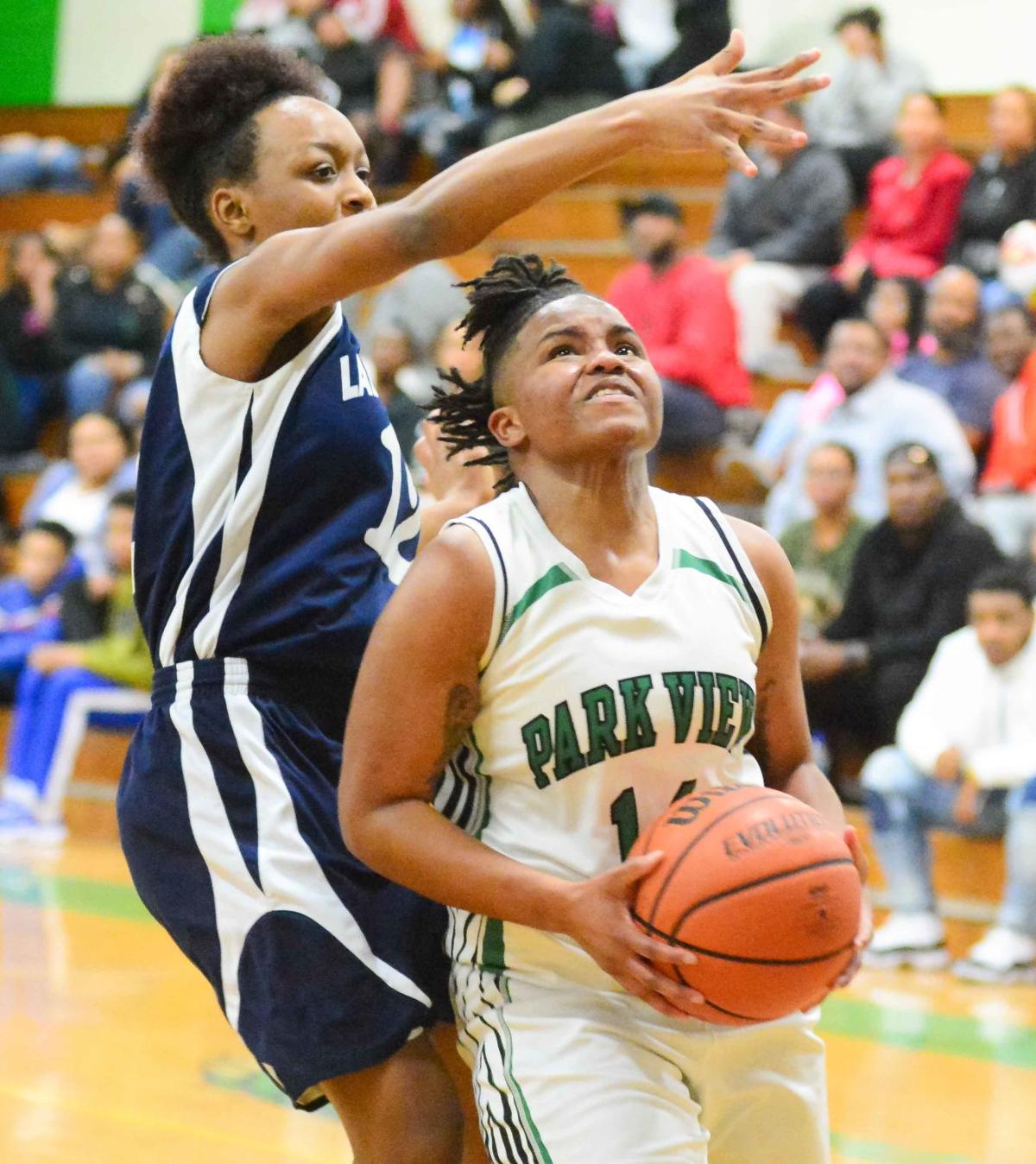 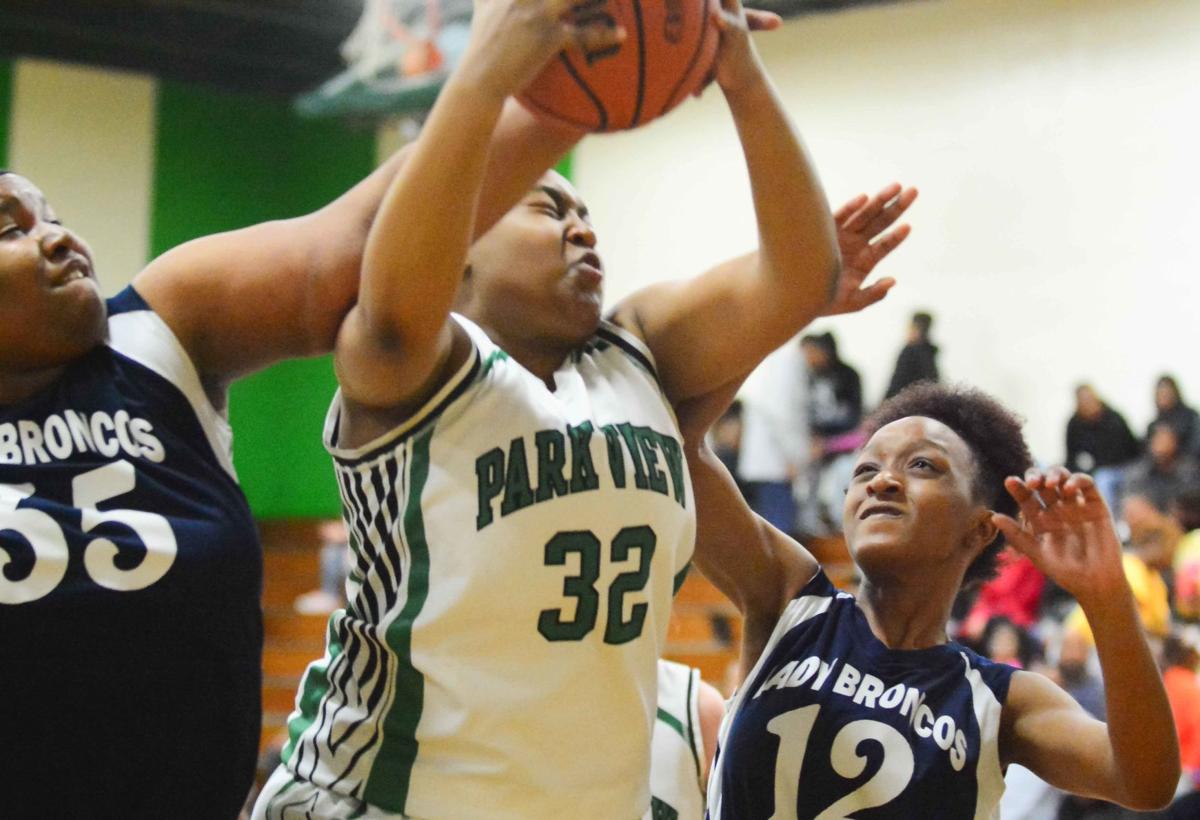 Park View’s Krislyn Johnson pulls down a rebound in action from the Lady Dragons’ 65-53 win over Franklin HS on Senior Night. (Dennis Smith) 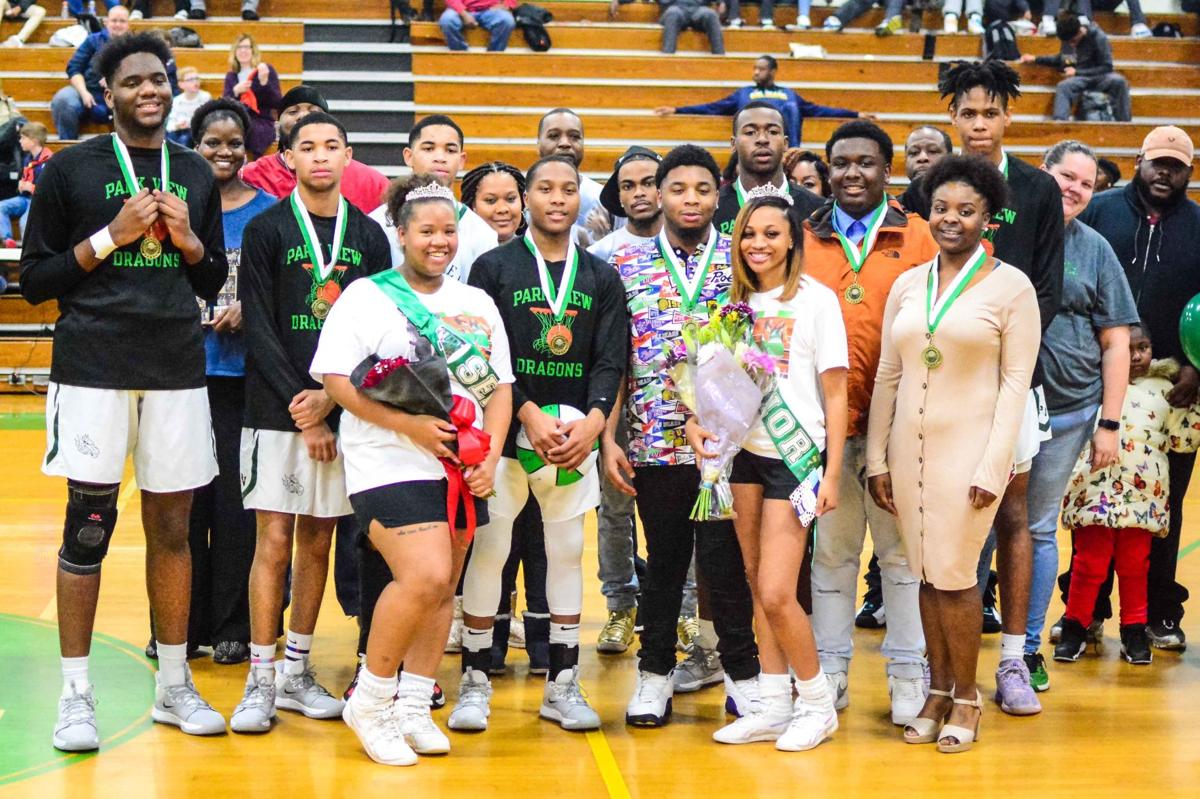 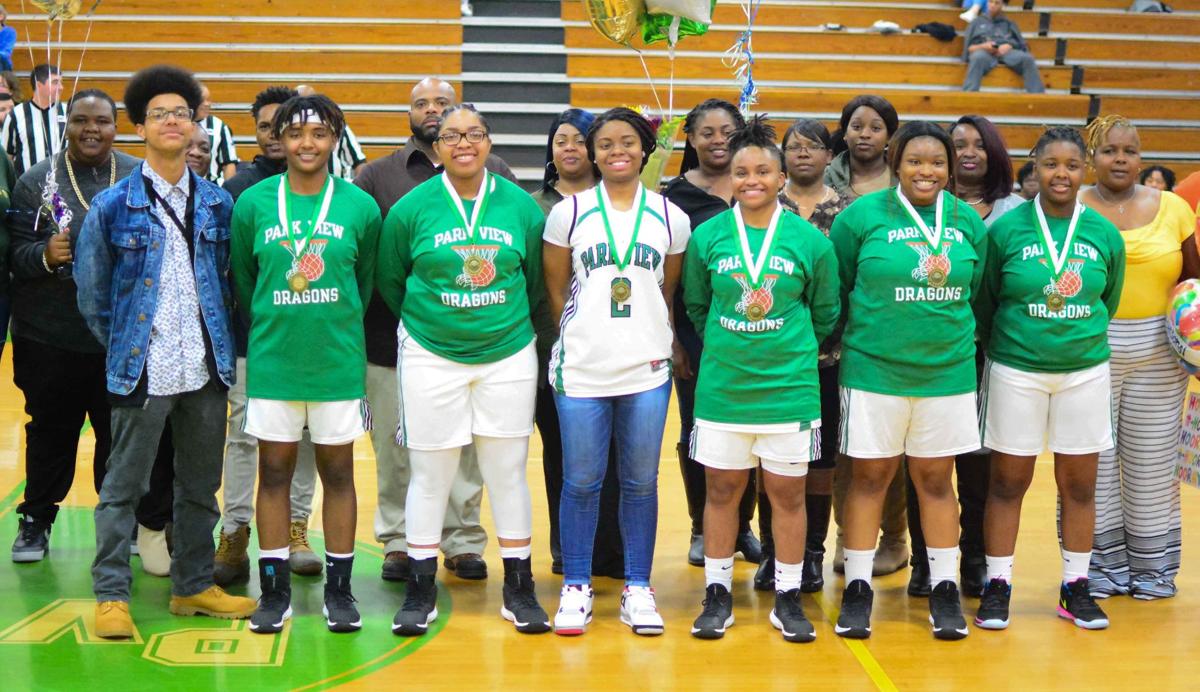 Park View’s Krislyn Johnson pulls down a rebound in action from the Lady Dragons’ 65-53 win over Franklin HS on Senior Night. (Dennis Smith)

Trailing 27-22 at the half, the Park View High School varsity girls’ basketball team opened the third quarter on a 15-2 run to pull away for a 65-53 win over Franklin HS on Senior Night last Wednesday.

The victory improved the Lady Dragons to 16-5 overall and 11-4 in the Tri-Rivers District schedule.

Park View earned the No. 2 seed for this week’s district tournament and will open with a quarterfinal home game on Wednesday night.

The Lady Dragons got off to a good start against Franklin as Azaria Williams hit a runner and buried a trey for a 6-5 lead at the 5:03 mark of the first quarter.

After Teonia Watts scored on a rebound and putback, Franklin responded with a 7-0 run to take a 14-8 lead at the 2:38 mark of the opening period.

Park View trimmed the Lady Broncos lead to 16-15 on a rebound and putback by Deaona Watkins at the 6:35 mark of the second quarter.

Miracle Manger hit a runner and buried a trey for Franklin over the last minute and a half of the second stanza to give the Lady Broncos a 27-22 halftime lead.

Park View got going early in the third quarter, opening on a 15-2 run behind five points from Williams and four from Watts to take a 38-29 lead on a bucket by Williams at the 3:52 mark.

Jania Flythe scored 13 straight points for Franklin early in the fourth quarter to cut the Park View lead to 53-46 but Watts answered with a 3-point play at the 4:21 mark to run the lead back to double-digits.

A trey and a layup by Watkins gave Park View a 63-50 lead at the 1:51 mark and the Lady Dragons cruised down the stretch.

Watkins led Park View with 15 points on the night while Harrison and Watts scored 13 points apiece and Williams added 12.

Flythe led all scorers with 28 points for Franklin.