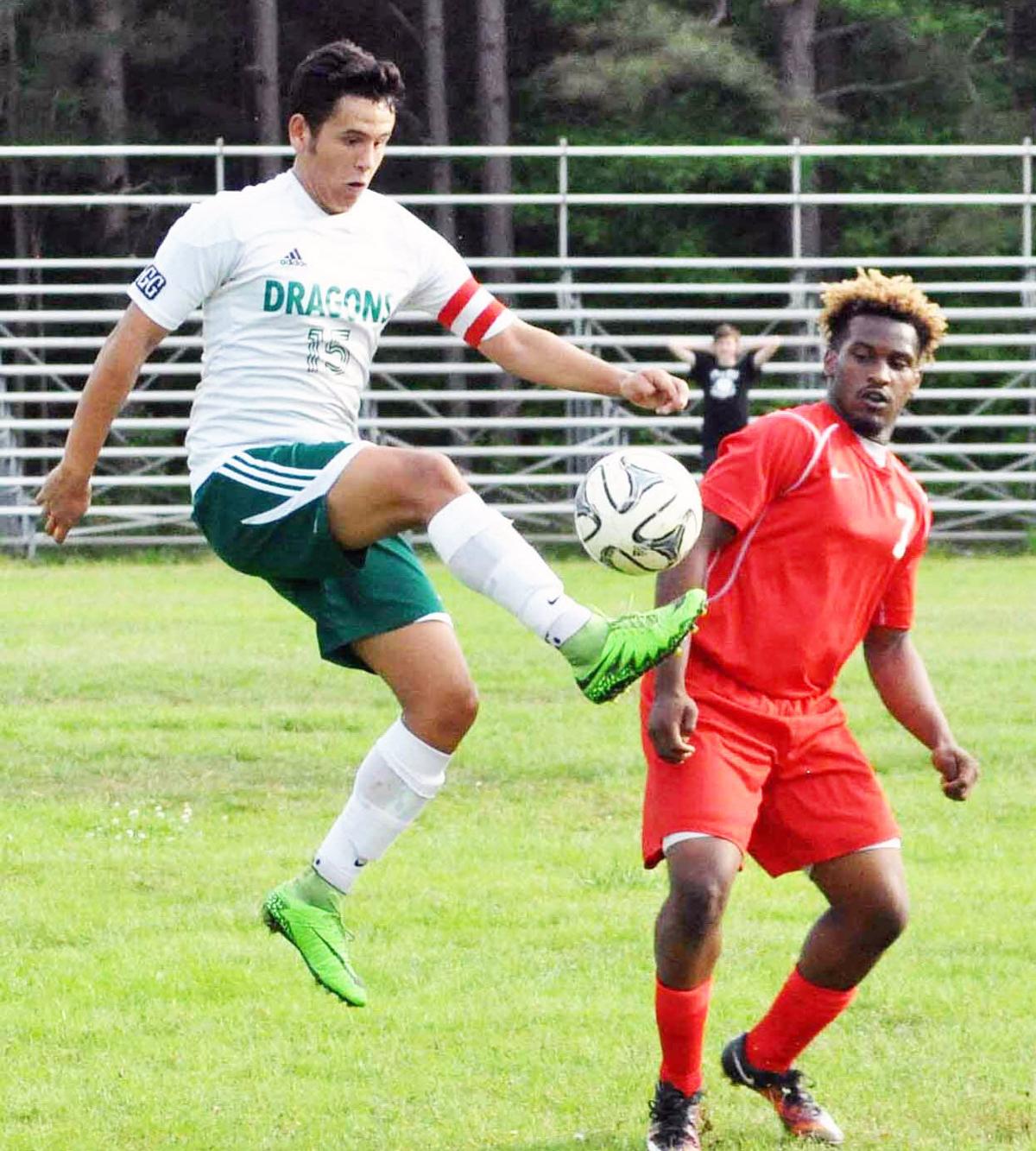 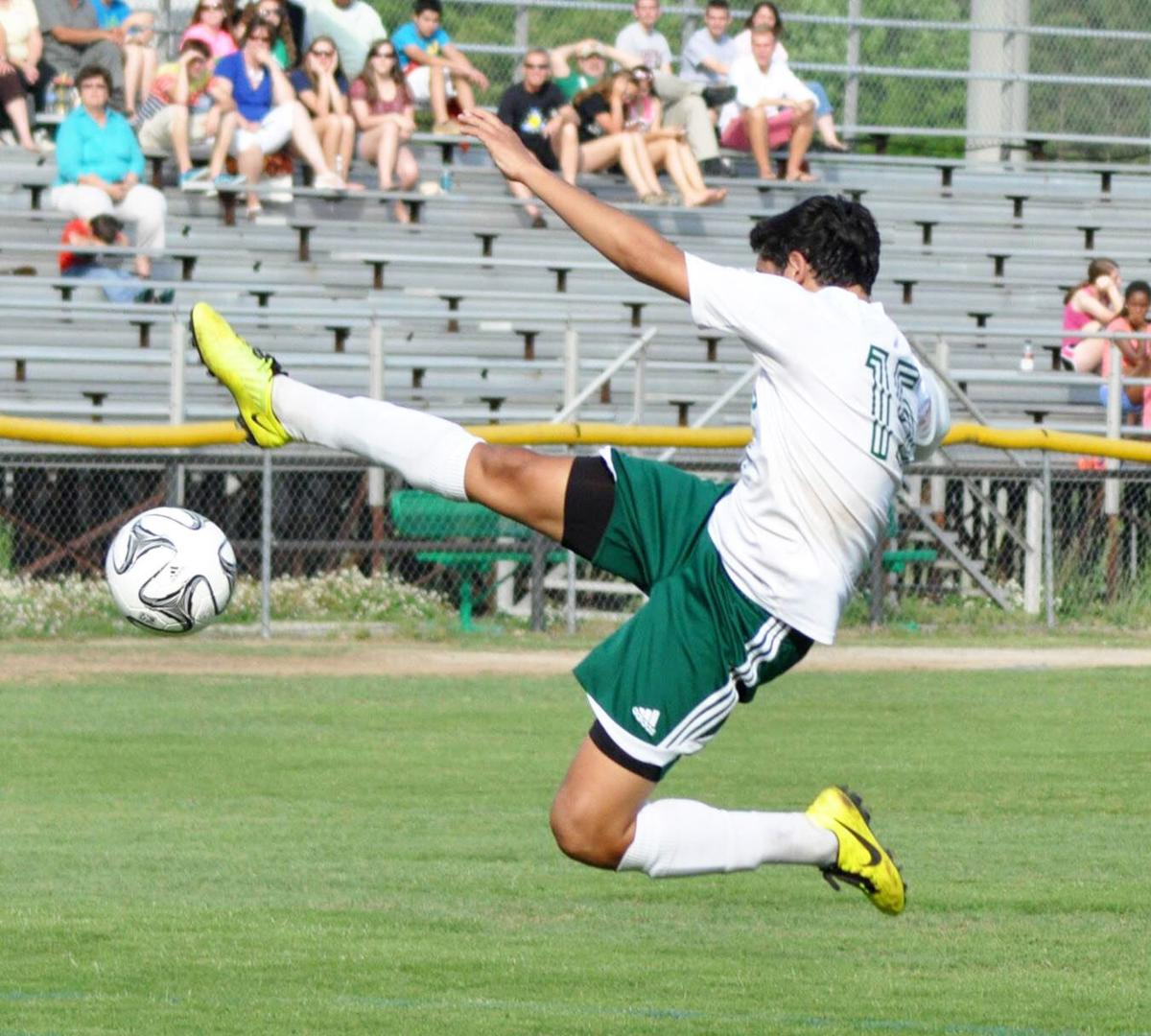 Miguel Pacheco was a very athletic scorer for the Park View boys’ soccer team and finished his high-school career with 76 goals and 27 assists. (Dennis Smith)

Miguel Pacheco was a very athletic scorer for the Park View boys’ soccer team and finished his high-school career with 76 goals and 27 assists. (Dennis Smith)

(With Park View High School slated to merge with Bluestone HS to form the new Mecklenburg County HS in 2022, the South Hill Enterprise is running an ongoing series that looks back at some of the outstanding athletes and coaches and their stories through the years. This is story No. 13 in the series.)

Followers of the Park View High School boys’ soccer team knew they were watching a special player when Miguel Pacheco, son of long-time area soccer coach Pepe Pacheco, made his debut for the Dragons in 2013.

The young prodigy was a standout in travel soccer and put together an impressive freshman season for Park View, earning All-District honors and being named the Southside District Player of the Year after scoring 15 goals with six assists.

“That had never happened before,” Pacheco said of his selection as the POY as a freshman. He was also named to the 3A All-Region first team that season.

It was the start of a sensational high-school career for Pacheco who was named to the All-District team three of the four seasons he played, only missing it in his sophomore season when he was injured.

“He was a fierce competitor who played with passion and love of the game,” said Park View HS boys soccer coach Trudy Gentry. “After he was injured in 2014, he came back with a vengeance on the field. I think his stats show that. The fact that he got POY his freshman year says a lot about his play on the field and his talent for the sport. You know, he sat on the bench for about 9-10 years and participated in every practice during that time because Pepe brought him to the games and to practice; so when it was his time to play in the games, he proved himself on the field. Miguel was also a great team leader for us. His knowledge of the game helped all our players throughout the years. It was a privilege to have him on our team.”

Pacheco was one of several standouts for the Dragons as the team captured a district title or co-championship all four years he played.

Pacheco said his senior season when the Dragons advanced to the 3A Conference 25 championship game for the first time is one of his fondest memories.

He was named First team All-Conference that season.

Park View played well in the title game but fell in a close match to Poquoson.

“That match was crazy,” said Pacheco. “It was back and forth.”

Pacheco scored 43 goals during his senior season, including five in a match against Brunswick HS which was a program record at the time.

He finished his Park View career with 76 goals and 27 assists.

Pacheco said the comradery with his teammates was what he most remembers most when he looks back at his high-school career.

“We were family,” he said. “It was the great relationships I made with the kids I grew up playing with. It was special in my senior year when I had a chance to lead the family.”

Pacheco said it was also special to play for his Dad who served as an assistant coach for the Dragons.

He said one of the funny stories he remembers from his playing days was a match against rival Southampton HS during his senior campaign.

“We had lost to Southampton down there and we had to beat them to earn a share of the district title,” he said. “It was scoreless at halftime. My Dad always had a team rule where if you got a yellow card, you did not go back into the match. I ended up getting a yellow card for something stupid early in the second half and as soon as I came out they scored a goal. My Dad and I were going back and forth on the sideline. After several minutes he looked at me and said to go to the line. I got back in the game and got a heck of a ball from Luke (Wilson) and scored. We went off after that to beat them 3-1 to win the district.”

Pacheco had interest from several colleges to continue his playing career but decided he wanted to study at Virginia Tech.

“We had a really good club team there and I played all four years,” he said. “We even won a national championship in my junior year when we beat Florida State. It was awesome.”

Pacheco earned his Bachelor of Science degree in Human Nutrition, Food and Exercise.

“I am hoping to earn my Doctorate in Physical Therapy,” he said.

Pacheco is currently living in Costa Rica with a friend while working an internship.