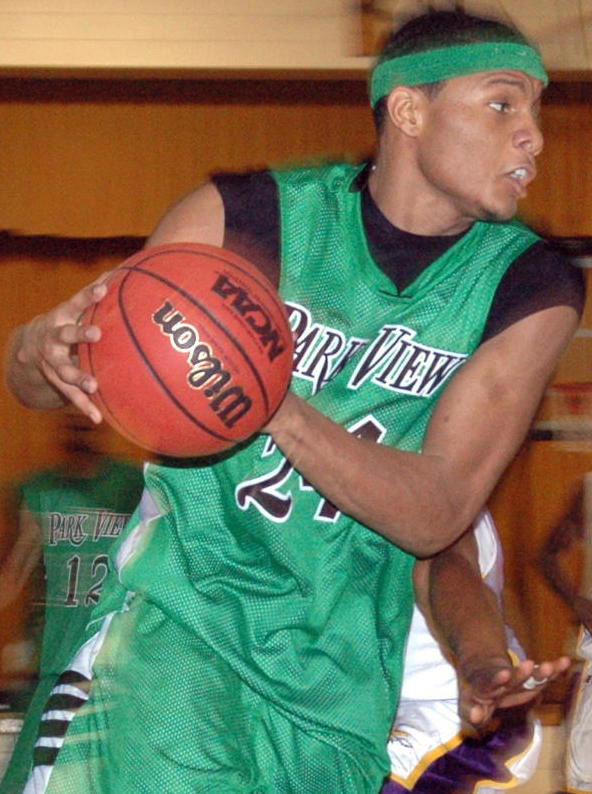 Michael Johnson helped lead Park View HS to some big wins during his career playing for the Dragons and is a member of the school’s 1,000 point club. (Dennis Smith photo) 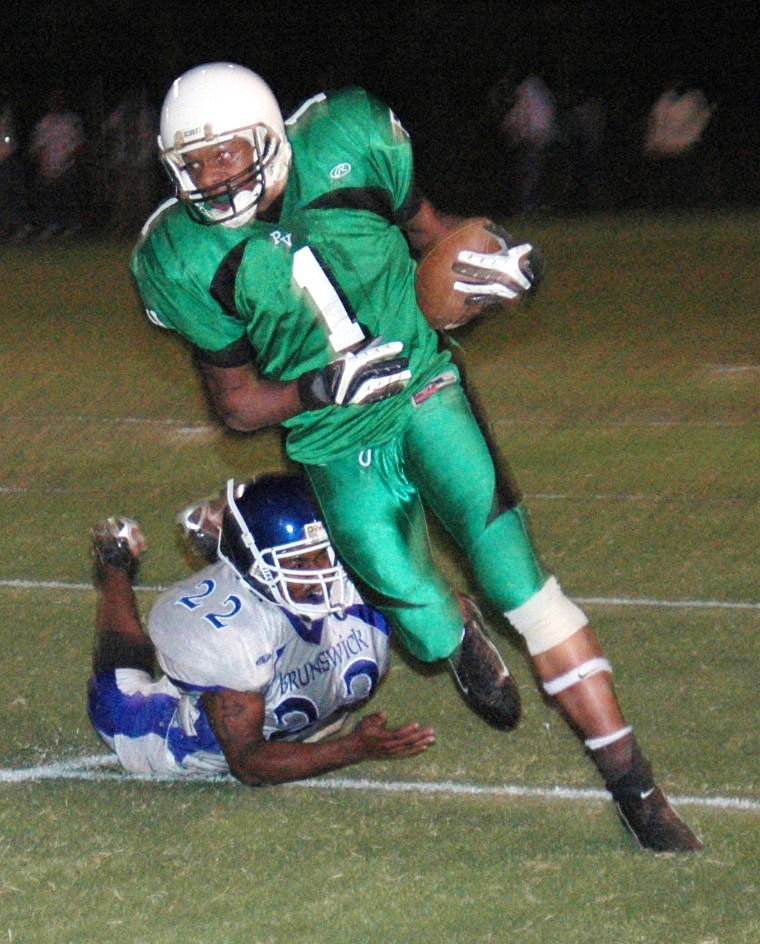 Michael Johnson was also a big target in football at wide receiver for Park View during his playing career. (Dennis Smith photo)

Michael Johnson helped lead Park View HS to some big wins during his career playing for the Dragons and is a member of the school’s 1,000 point club. (Dennis Smith photo)

Michael Johnson was also a big target in football at wide receiver for Park View during his playing career. (Dennis Smith photo)

(With Park View High School slated to merge with Bluestone HS to form the new Mecklenburg County HS in 2022, the South Hill Enterprise is running an ongoing series that looks back at some of the outstanding athletes and coaches and their stories through the years.)

Before his younger cousin Keldon came along, there was another Johnson that was dominant and turning heads on the hardwood at Park View High School.

Michael Johnson, a standout on the gridiron and basketball court, played for the Dragons from 2004-2008.

Johnson was one of the top freshmen in the State of Virginia when he burst onto the high-school scene in 2004, earning All-District honors all four years at Park View.

He scored over 1,000 points in his high-school career, passing the magical mark early in his senior campaign. He was named the Southside District Player of the Year in his senior season as well as earning First Team All-Region and All-State honorable mention honors.

Johnson was also selected to play in the VHSL All-Star game in Hampton.

He also found tremendous success in AAU basketball playing for the local Bryant Stith Shooting Stars team that won a USBA national championship in 2006 and finished fifth in the AAU nationals and fourth in the USSSA nationals.

Johnson also made a number of connections playing with the Richmond Squires AAU program.

He said his high-school playing days were special.

“I still miss the team comradery,” he said. “Everyone in town would come to the games. I had some good teammates and we had some very good coaches.”

Johnson played for Coach Terry Hill in his freshman season; Coach Mike Greene in his sophomore season, and was reunited with Coach Ivin Parker, who coached him at PV Middle School, for his final two seasons.

A couple of the special memories he recalls was beating rival Brunswick HS in their new gymnasium in Lawrenceville.

He said teammate Travis Jones rebounded a missed shot and hit the putback for the game winner. Johnson finished with 25 points in the victory.

He had the opportunity to play with Bluestone HS transfer J. R. Hawkins, also a 1,000 point career scorer, in his sophomore season as the two teamed to lead Park View to the Daily Herald Holiday Classic title.

Hawkins was tragically killed in a car accident the following year.

“We (players from Bluestone and Park View) served as pallbearers at his funeral on Saturday and then played against each other the next week,” said Johnson.

“We always wanted to beat Bluestone for the King of the County. I had 20 points in the first quarter and we jumped out to a lead of 15 but we ran into foul trouble late in the game and they beat us,” said Johnson. “There was a lot of emotion in that game.”

Johnson also had the opportunity to play with both of his brothers. He played with Tivvs Johnson for two seasons and with younger brother Wellington in his final season.

Following graduation, Johnson went to Saint Paul’s College as a redshirt but decided to transfer.

Johnson averaged 18 ppg as a starter there with a couple of 40-point games.

“I had a couple of offers to play overseas after that,” he said, “but the money never worked out.”

Johnson is currently working as a Skills Coach and basketball coach for Three Rivers Treatment Center in Kenbridge.

“We are trying to get some sponsors to help get the kids shoes,” Johnson said. “Basketball is a tremendous outlet for them.”

Johnson and Park View alum Tenesha Wilson are planning to be married in August.