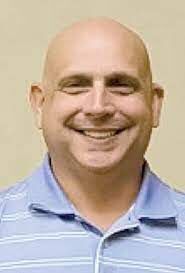 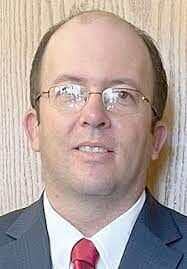 The Mecklenburg County Election District 6 has two candidates vying for the seat. Though you will not see their names on the ballot, Matthew Dunn and Joshua Spence are running as write in candidates meaning voters will have to physically write the name of the candidate they hope to see elected.

Dunn was appointed to the school board this year after the resignation of Rob Campbell.  Due to the timing of the appointment, he is not on the ballot but is seeking to return for the remainder of this term.

Mr. Dunn is a lifelong resident of Mecklenburg County, originally growing up in Palmer Springs but has lived in Baskerville since 1991. He is a 1983 graduate of Park View High School and a 1988 graduate of Old Dominion University. At ODU, he received a Bachelor’s Degree in Computer Science.

He has been employed by Mecklenburg Electric Cooperative since 1990 with the current title of Computer Systems Administrator. Dunn and his wife Leigh Anne have one daughter, Lane, who currently attends William & Mary majoring in accounting.

“I’ve been asked what I hope to accomplish on the school board. My first goal is to just learn the flow of how the school board functions. My title at Mecklenburg Electric is Computer Systems Administrator, which means little to most people. The simple answer is that I’m the caretaker of the data. I look at data to determine patterns and find answers. As an information technology professional, my goal is to study problems before jumping to a quick answer. I hope to bring that same skillset to my time on the school board. My wife and I were very pleased with the MCPS system when our daughter matriculated. I hope to continue helping Mecklenburg County students have the best opportunity for education possible. I ask that you color in the box and write “Matt Dunn” for the privilege of serving my county.”

Joshua Spence grew up in Brodnax and has been a resident of Bracey for many years. He is currently a Supervisor for the Town of South Hill working in the water and sewer services department. He is a certified diesel technician earning his certification from Southside Virginia Community College.

Joshua and his wife Kathryn have two children Caleb and Victoria in the Mecklenburg County Public School system and one younger child, Ellie, at MC’s Kids PreSchool.

“I chose to run because I believe each and every child in Mecklenburg deserves to receive a quality education in a safe environment. I have a vested interest in MCPS, and will continue to for quite some time. Mecklenburg County really stands out from the rest of Southside Virginia. There is a bright future ahead of us. I want to see the next generation as well equipped as possible to keep that momentum going. The education they are receiving right now is the foundation they’ll be building the future of Mecklenburg on. The biggest thing I’d like to see happen is more parents getting involved. I’ve attended school board meetings when there were only three of us sitting in the audience. We can do better than that. I’d like to see the seats packed every meeting. When I was out knocking doors, most people didn’t know what district they lived in, or who their representative was. Quite a few thought they couldn’t vote for school board because they didn’t have children in the system. If the people of the sixth district choose to elect me, I will make an effort to meet as many of them as possible. I want to get the word out about upcoming meetings and what’s happening. Most important I want to hear what they have to say. Elected officials are public servants, and I feel the best way to serve is to listen to the people I represent.”

The person elected to represent Election District 6 will serve our a term lasting until the November 2023 regular election.