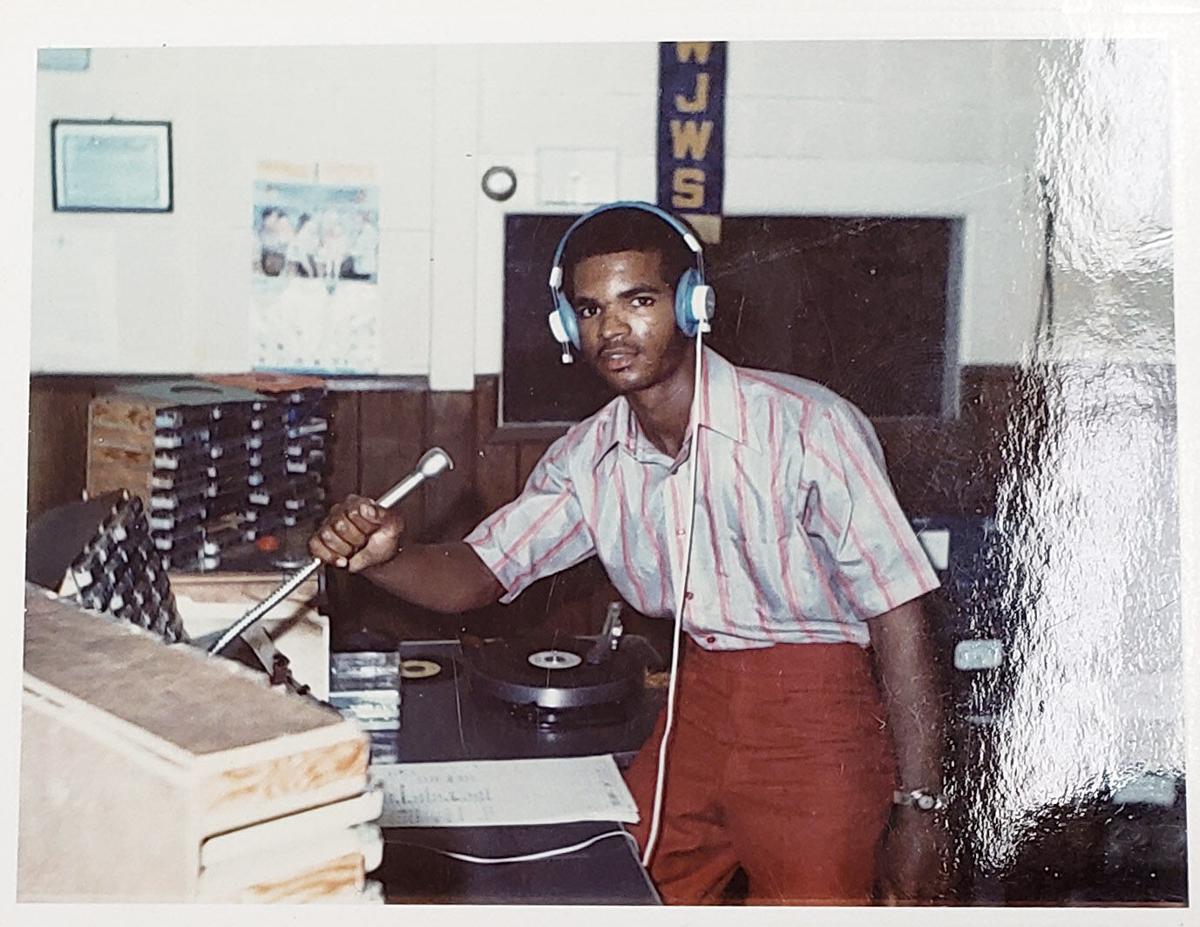 A young Calvin King stands inside of the WJWS local radio station where he made his debut in 1971. (Contributed photo) 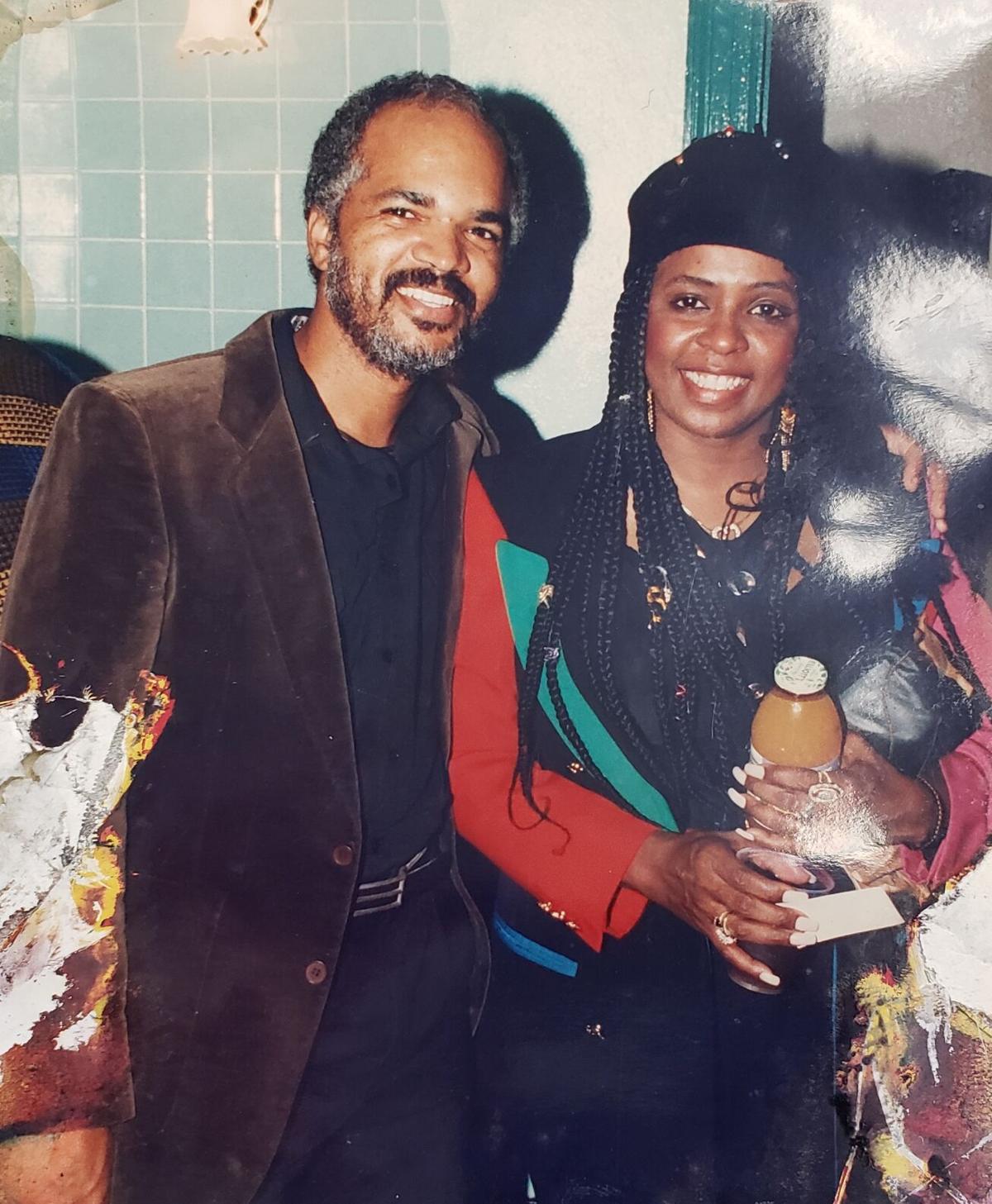 Calvin “Mister K” King stands next to noted R&B singer Betty Wright. Wright is best known for her hits “Clean Up Woman” and “Tonight is the Night”. (Contributed photo)

A young Calvin King stands inside of the WJWS local radio station where he made his debut in 1971. (Contributed photo)

Calvin “Mister K” King stands next to noted R&B singer Betty Wright. Wright is best known for her hits “Clean Up Woman” and “Tonight is the Night”. (Contributed photo)

South Hill native, Calvin L. “Mister K” King will be celebrating a landmark occasion in his career; June 1 will mark the 50th year since he began his run as the first black man to broadcast in Mecklenburg County.

King rose to prominence in 1971 when he first began work for the South Hill WJWS-FM station. King says he took a shot while in South Hill for Easter break his freshman year of college and interviewed for an upcoming Summer position with co-owners of the station Norm Talley and Brown Hoffler. He was hired, and his show began on June 1, 1971.

Mister K boasts a list full of broadcasting experience including working part-time for WENZ radio, being hired full-time for a position with Petersburg’s WSSV radio, as well as a long ten year stint working his dream job with WANT radio in Richmond. King noted that while working his dream job, he started a career in real estate. It’s there that he has remained for 35 years.

Mr. King also granted the opportunity to premiere on the big screen. King was featured in the documentary, “The Soul R&B Legends of Central Virginia” which aired on WCVE-Channel 23 in Richmond in May of 2013.

On his own style, King says he was heavily influenced by the styles featured, “[growing] up in the decade of the 60s and the 70s. I listened to a lot of Soul and R&B radio which was very motivational. Growing up in South Hill, we had one station at the time which was WJWS.” King continued, “When I had the opportunity to listen to these Soul and R&B stations out of Richmond…I heard something different that I’d never heard in South Hill.” He noted that John R. was a particular influence on his own DJ-ing style.

King recalled that he originally wanted to become a musician; he played trumpet for the Lunenburg High School and East End High School bands, but wasn’t as good as he wanted to be. Listening to late-night radio, he had an epiphany and realized he could play somebody else’s music while maintaining that connection to music.

When talking with The News Progress, King shared that his favorite part of working as a DJ was all of the big names in music he had a chance to meet. King recalled an especially memorable meeting with Jane Kennedy, noted first black NFL commentator; “I went to the interview that Saturday morning with Jane Kennedy, and I took her a bouquet of flowers. She was so thrilled! She said, ‘Oh, wow! You’re the only person who’s ever greeted me for an interview with flowers!’”

Calvin’s time working on the radio afforded him with the opportunity to interview such legends as Maya Angelou, Don King, Virginia Governor Doug Wilder, and Smokin’ Joe Frazier.

King offered the following advice for aspiring DJs from the county: “You have to be a good reader. So don’t think you’re going to get on the radio and be successful as a DJ if you don’t like to read and you can’t read. So definitely work on those skills. Voice quality will be very important. I got my recorder in 1967 because I knew that I had an undeveloped sound and it needed to be worked on.” He continued, “I think now [getting a college degree] is more important because the world is more diverse, more complex. The more you know about life situations, and different aspects of living and business, the better I think you will be fitted to represent yourself and your communities. So I would stress education.”

We’ll be celebrating this local radio legend and other aspiring black DJs and performers during National Black Music Month this coming June!