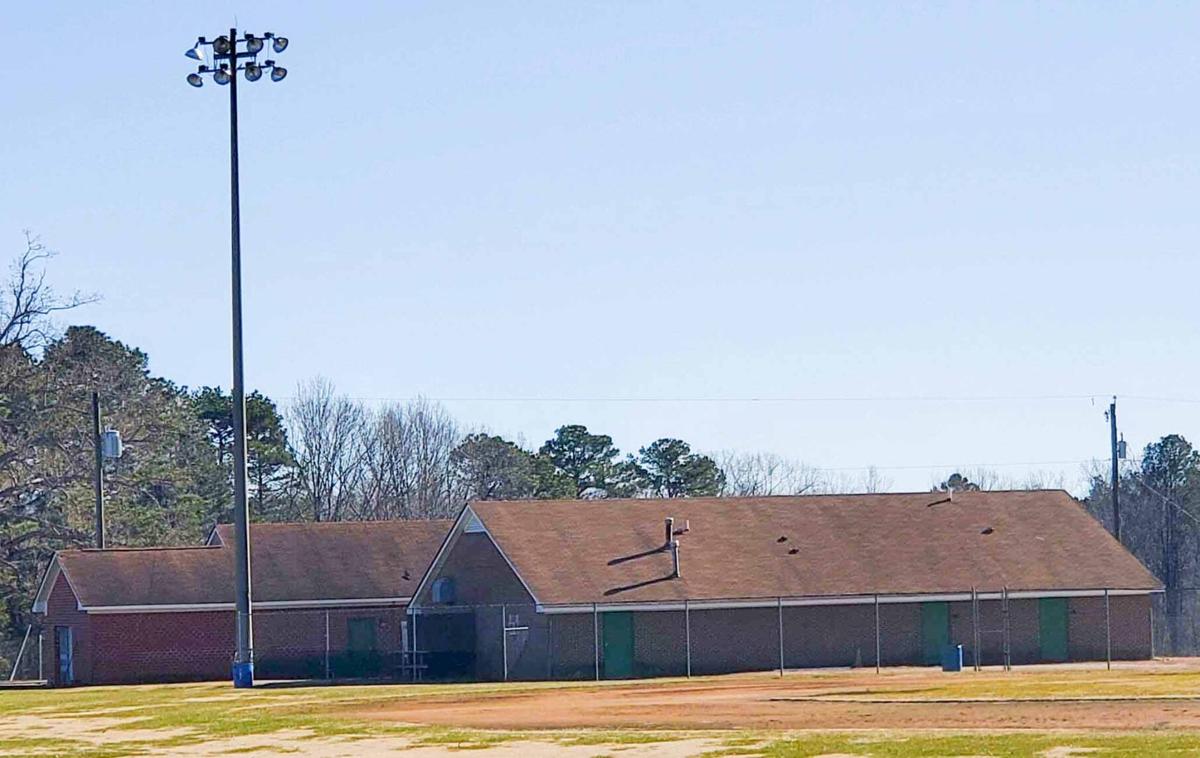 The two field houses and modern lights at Park View High School are just a few of the many projects the PV Athletics Boosters Club has financed over the years. (Dennis Smith) 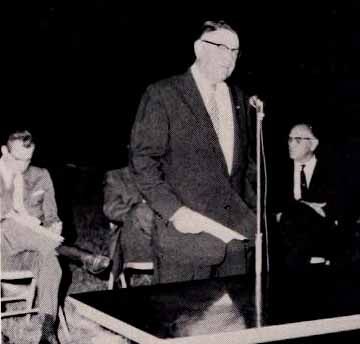 Mr. Guy Blalock, pictured at the dedication of the football field on October 10, 1958, served as the chairman of the first Park View Athletics Boosters Club. (PV photo) 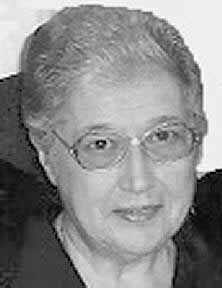 Ms. Betty Hall, a longtime Treasurer of the Park View Boosters Club, helped support the athletics program at the school for over 50 years. (Contributed photo)

The two field houses and modern lights at Park View High School are just a few of the many projects the PV Athletics Boosters Club has financed over the years. (Dennis Smith)

Mr. Guy Blalock, pictured at the dedication of the football field on October 10, 1958, served as the chairman of the first Park View Athletics Boosters Club. (PV photo)

Ms. Betty Hall, a longtime Treasurer of the Park View Boosters Club, helped support the athletics program at the school for over 50 years. (Contributed photo)

(With Park View High School slated to merge with Bluestone HS to form the new Mecklenburg County HS in 2022, the South Hill Enterprise is running an ongoing series that looks back at some of the outstanding athletes, teams and coaches and their stories through the years. This is story No. 42 in the series.)

Almost as long as there have been sports at Park View High School, there has been a Park View Athletics Boosters Club working behind the scenes to provide support for the athletic department and student athletes.

The Boosters Club has provided aid in many ways through fundraising, running concessions at athletic events, providing funding for equipment, uniforms, buildings, and supplies for all sports as well as running a successful youth basketball program.

Former Park View HS Principal Ben Taylor said the group has been instrumental in the success of Dragons’ athletics over the years. When Park View High School opened in 1955, there were no athletic facilities on campus for football and baseball home games. Home games for both sports were played at the old South Hill Ball Park which is now the upper field at Centennial Park located on Danville Street.

The first big purchase by the original Boosters Club was the purchase of the land for the sports complex at the school. The Park View Athletics Boosters Club organized in 1958 and H. G. Blalock served as the club’s first chairman and helped dedicate Dragon Field on October 10, 1958.

“There were 100 local people that signed a note at the bank for $100 apiece to raise the $10,000 to purchase the land from Willie Lambert,” said Taylor. “The Boosters Club did all the upkeep on the fields.” In addition, the club helped raise the funds for the first seats, lights and a wire fence around the complex. The old Citizens Bank donated the first scoreboard for the football field at PVHS. Years later, First Citizens Bank donated the next scoreboard to replace the original one.

The Boosters Club continued to provide support for the school’s athletic programs through 1969 when it deeded the land for the athletic fields to the Mecklenburg County Public School System.

The local Boosters Club reformed in 1978 with local citizens Mickey Moore, Earl Horne, Jimmy Butts and Betty Hall at the forefront. There were many people involved with the Boosters Club and they all contributed in different ways. “Unfortunately, I cannot remember all the names,” Taylor said. The club members saw the need to help because of the deteriorating athletic facilities and athletic program in general.

“They started the Park View Booster League youth basketball program then,” said Taylor. “Earl ran the league and used to even officiate at the games.”

Over 40 years later, the youth league is still in existence with Park View alum Vincent Brown serving as commissioner for the past 18 years.

Local citizens again signed notes at the bank in the late 1970’s to help the club purchase new lights and metal bleachers for Dragon Field.

“The Boosters Club has run the concessions for many years,” said Taylor. “They have sold a large number of hamburgers, hotdogs and candy to help fund their projects.”

One of the biggest efforts by the Boosters Club came in 1987 when the group brought former Park View alum and NASCAR team owner Rick Hendrick to town for a fundraiser to help build a field house.

“Rick came and brought his team’s race cars and several of his drivers,” Taylor said. “It was a big event and at the end, Rick signed a check matching what the club had raised to go for the new field house.”

Randy Crocker, a baseball standout at Park View who went on to play at VMI and worked with the Boosters Club for five years during the time his boys were in school, said it was a fantastic event.

“Rick flew in on his private jet and brought Geoff Bodine and Ken Schrader,” Crocker said. “It was really awesome. We ended up raising $25,000 and built that field house with Rick’s help.”

Crocker said the club always had the support of local civic leaders.

“We had folks like Mickey Moore and Leroy Sasser,” he said. “It was a big deal.”

“What you see out there now was because of the work of a lot of people,” he said. “A lot of our local businesses and industries were very supportive.”

The Boosters Club built a weight room at the school a few years later and Park View and NFL alum Waverly Jackson paid for the weights and mirrors.

“It helped our athletic teams as well are our PE students who were able to use it,” said Taylor.

In 2007-08, the Booster Club helped build the visitors field house at the school. Park View HS building trades instructor Joey Church and his students built the facilities that also provided a place for the visiting football teams and softball teams to change as well as furnishing a much needed storage area. Inmates from Baskerville Correctional Center poured the pad as well as laid the block and the brick for the building.

There have been many volunteers through the years that have helped make the Boosters Club so successful but none more so than the late James and Betty Hall who worked for many decades supporting the club.

“James was on the school board so he never joined the club,” Taylor said. “But he was the one that would travel to Sam’s Club to buy the supplies for the concessions. “He and Betty worked for many years even after their children were grown and out of school.”

Betty Hall, who served as the club treasurer, supported the club for over 50 years before stepping down in 2013.

Former Park View softball coach John Manning is another volunteer who has worked for many years following in the footsteps of James and Betty Hall. The Halls were well respected and as a result the Park View Athletic Boosters Club created The James and Betty Hall Scholarship. A $1000.00 scholarship in their name is given to a senior male and a female student that not only excels in athletics but academics as well.

“It’s people like James, Betty and John that have given their time and energy,” said Taylor. “People just don’t realize the Saturdays and evenings they gave up in support of the Park View Athletic Boosters Club. You just don’t find that today. I can’t say enough about what they have done.”

Taylor said, “The loyalty and support of the people that made up the Boosters Club over the years have been instrumental in the success of the athletics program.”

“The teams always had the equipment and uniforms they needed,” he said. “When I left Park View, it was probably $350 to outfit a football player. The Boosters Club made these things happen.”

Taylor said, “While the limited funds the school received from the county school system would help pay for officials and security officers during the games, the school was dependent on the “money games” (football and some boys’ basketball games) to help offset the costs for other sports programs .If you had a rainout and didn’t get that big Friday night football game, you were in trouble. It was always nice to know you had the Boosters Club if you needed them.”