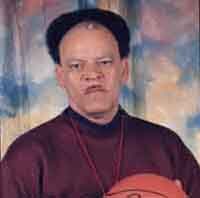 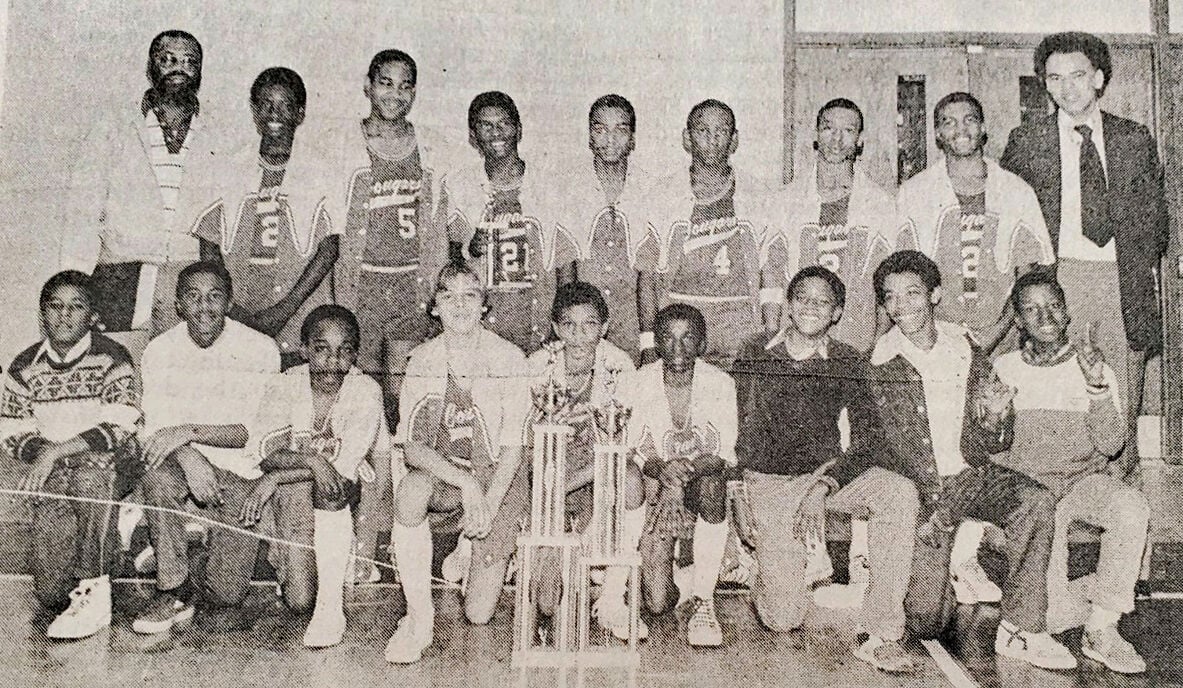 The 1983 Cougars basketball team was one of the many teams that Coach Glover Powell led to championships during his storied career at Park View Middle School. (Enterprise photo)

The 1983 Cougars basketball team was one of the many teams that Coach Glover Powell led to championships during his storied career at Park View Middle School. (Enterprise photo)

(With Park View High School slated to merge with Bluestone HS to form the new Mecklenburg County HS in 2022, the South Hill Enterprise is running an ongoing series that looks back at some of the outstanding athletes and coaches and their stories through the years. This is story No. 31 in the series.)

Perhaps no one has made more of a difference in the lives of area athletes over the years more so than Park View Middle School’s legendary coach Glover Powell.

The tall, lanky, affable man who remembered everyone’s name, even years later, was a coach that developing athletes loved to play for.

Powell was a coach on the East End High School team that won a state football championship in 1967 and coached for over four decades helping develop young minds and championship teams at Park View Middle in football, track and basketball.

“I don’t know anyone that didn’t love or respect him as a coach or a person,” said Vincent Brown, a standout on the 1983 PVM boys’ basketball and football championship teams. “He probably won more championships than any other coach that you can think of.”

Jamethro Rogers, a standout on the 1989 boys’ basketball and football championship teams, echoed those sentiments.

“Coach was the ultimate competitor,” said Rogers. “He was also definitely a player’s coach. Coach Powell was such a great person. Whenever I saw him he would say, that’s my guy, go make a play for me. I don’t know a person that did not enjoy playing for him.”

Coach Powell graduated from East End High School in 1962 before attending Chaflin University in South Carolina. Following graduation, he returned home to coach and teach Physical Education and was a fixture in the community for many years.

His obituary stated, “I don’t know of anyone who would have any idea of the number of lives Coach touched and impacted at Park View Middle School. No matter where he saw you, he always had time to hold a conversation asking you how you were doing and what you were doing with yourself.”

Former PVM standout Bryan Crute said his life was forever changed due to the encouragement he received from Coach Powell.

“He was a giant among men,” Crute said. “He was always teaching whether it was sports or life in general. Coach Powell left an indelible imprint on my life because he cared enough to encourage me. I am now doing the same for others.”

Below is a recap of several of the many memorable championship games that Coach Powell guided the Cougars in.

Kerry Martin’s free-throw with the score tied and the game on the line fell through the nets in 1980 to give the Cougars a thrilling 52-51 win over Brunswick Junior High School in the Southside Junior High/Middle School Conference tournament championship game.

The Cougars had also won the regular season championship as well as going undefeated in football.

Brunswick jumped out to a 13-12 lead in the first quarter and took a 27-22 lead to the halftime break.

Martin ran into foul trouble early in the third quarter and had to go to the bench after picking up his fourth foul.

The Cougars defense held Brunswick scoreless for the first three and a half minutes of the second half before Tony Whittingham, Jr., hit a jumper to knot the score at the 4:10 mark of the third quarter.

After the Lions ran the lead to six, Ralph Smith, who was named tourney MVP, answered with two steals and a pair of buckets and Whittingham added another basket to knot the score.

The Cougars took their first lead of the second half when Earl Walker hit the front end of a one-and-one for a 46-45 lead.

John Thompson answered with a bucket for the Lions and they retook the lead but Martin hit two straight buckets for the Cougars to give PVM a 50-47 lead with 1:55 left to play.

After Ivan Hargrove scored for Brunswick, Smith hit one of two from the charity stripe to knot the score with 37 seconds left.

Smith forced another turnover with 10 seconds to play for PVM and Martin was fouled with six seconds left.

He hit the first free-throw which sealed the victory and rebounded the missed second shot as the final clock sounded.

Edwards led the Lions with 18 points while Thompson scored 14.

After falling to Brunswick Junior High twice during the regular season, the Cougars earned their revenge in the championship game of the Southside Junior High/Middle School basketball tournament with a 39-33 win in the title game.

The Cougars got off to a great start in the game as guard William Jiggets hit a short jumper and Vincent Brown and Jiggets added two free-throws for an early 6-0 lead.

Coach Powell’s 2-3 zone caused Brunswick problems for most of the first half and the Cougars took a 19-12 lead to the halftime break.

Jiggets scored eight points in the third quarter as Park View Middle took a 29-18 lead to the final quarter.

The Lions used pressure defense in the fourth quarter to try and get back into the game, cutting the lead to six but that was as close as they would get.

James Craddock’s two free-throws with 30 seconds left brought the Cougars’ faithful to their feet as they celebrated the championship victory.

The Cougars advanced to the championship with a 41-33 over Central from Charlotte Courthouse behind 18 points from Brown in a semifinal game.

Brown was selected as the tourney’s MVP and was named along with Jiggets to the All-Tournament and All-Conference teams.

The second-seeded Cougars knocked off top-seeded E. W. Wyatt 52-49 in the championship game of the Southside Junior High/Middle School basketball tournament in Skipwith in February, 1989.

Rod Douglas led Park View Middle School with 30 points in the title game and was named MVP. Point guard Jamethro Rogers also had a big tournament and was named along with Douglas to the All-Conference and All-tournament teams.

The Cougars led for most of the second half but Wyatt got close late before Jeff Evans sealed the victory with a pair of free-throws with three seconds left.

PVM got off to a good start in the first half and got nine points from Douglas in the second quarter to take a 28-22 lead to the halftime break.

Douglas got the Cougars fans on their feet with a break-away dunk early in the third quarter as he and Rogers combined for the first eight points of the stanza and a 36-22 lead.

Ricky Barnes led Wyatt back into the contest however and cut the lead to 40-35 going into the final quarter.

Trailing 50-49 with 27 seconds left, Wyatt missed a shot for the lead and Evans pulled down the rebound before being fouled.

The Cougars had advanced to the championship after topping Bluestone 50-44 in a semifinal contest.

Rogers scored six of the least eight points in the game for PVM and led the Cougars with 20 points.