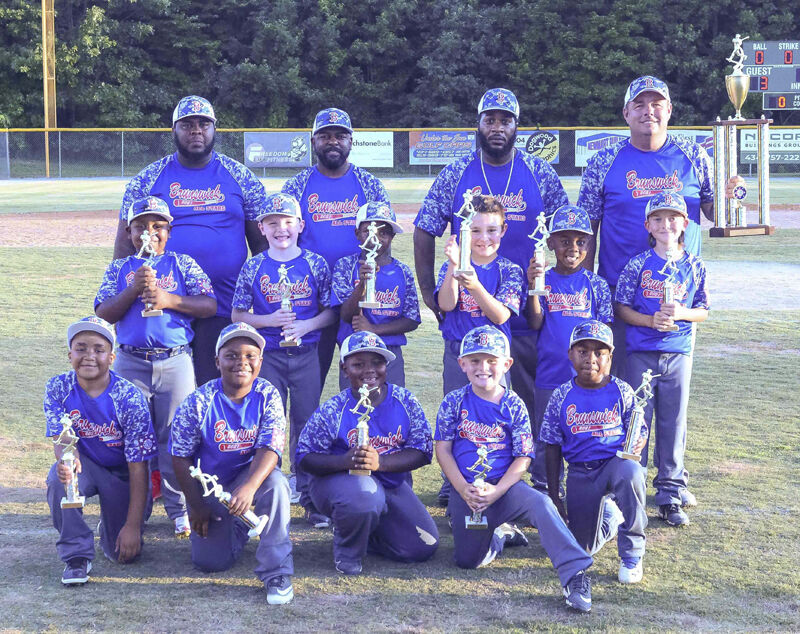 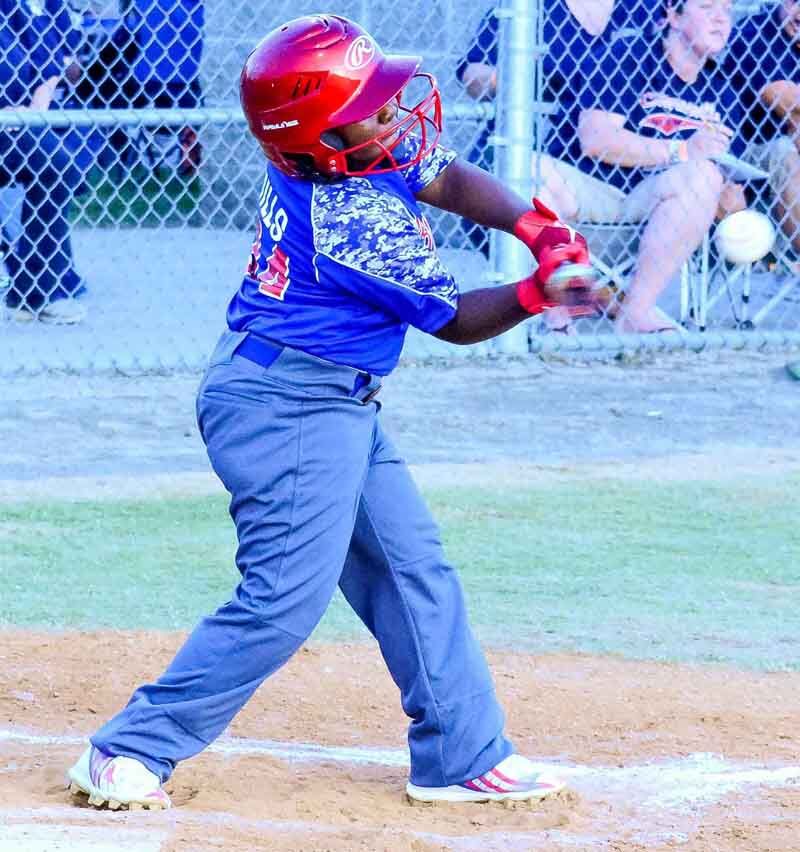 Jaylon Mills was one of two players with three hits in Sunday’s 9-6 win over Amherst in the Virginia Dixie Youth Coach Pitch state tournament. (Dennis Smith)

Jaylon Mills was one of two players with three hits in Sunday’s 9-6 win over Amherst in the Virginia Dixie Youth Coach Pitch state tournament. (Dennis Smith)

The Brunswick All-Stars rebounded from an opening day loss to win two straight before falling 18-3 to undefeated Lunenburg to be eliminated from the Virginia Dixie Youth Coach Pitch state tournament on Monday night in Powhatan.

Lunenburg brought the bats and jumped out to a 6-1 lead in the first inning and then scored five runs in the second inning and seven in the third.

The local team got off to a great start on Sunday, jumping out to a 3-0 lead in the first inning behind runs from Darius Easter, Jr., Carter Washburn and Jaylon Mills.

Brunswick added another run in the second when Ashby Matthews scored.

Washburn, Mills, Zammeron Evans and Kaleb Artis scored in the third inning for Brunswick while Rashard Layton scored in the fourth.

Washburn and Mills led Brunswick with three hits apiece in the game.

Brunswick came to play on Saturday and topped the Dinwiddie Nationals 13-1 in an elimination game.

The local team scored seven runs in the first inning, four in the second, one in the fourth and one in the fifth.

Dinwiddie scored four runs in the second, two in the third and one in the fourth.

Washburn and Artis had two hits and scored two runs while Rashard Layton, Easton Weidman, Matthews and Easter had a hit and scored two runs. Mills and Evans also scored a run while Mason Simon had three hits in the contest and Chris Reaves added one.

Tied at three after one inning of play, Timberlake used balanced scoring the rest of the way to pick up a 15-7 victory over Brunswick in the state tournament opener on Friday afternoon.

Brunswick scored three runs in the third inning to close the gap to 9-6 but added only one more run in the fifth inning.