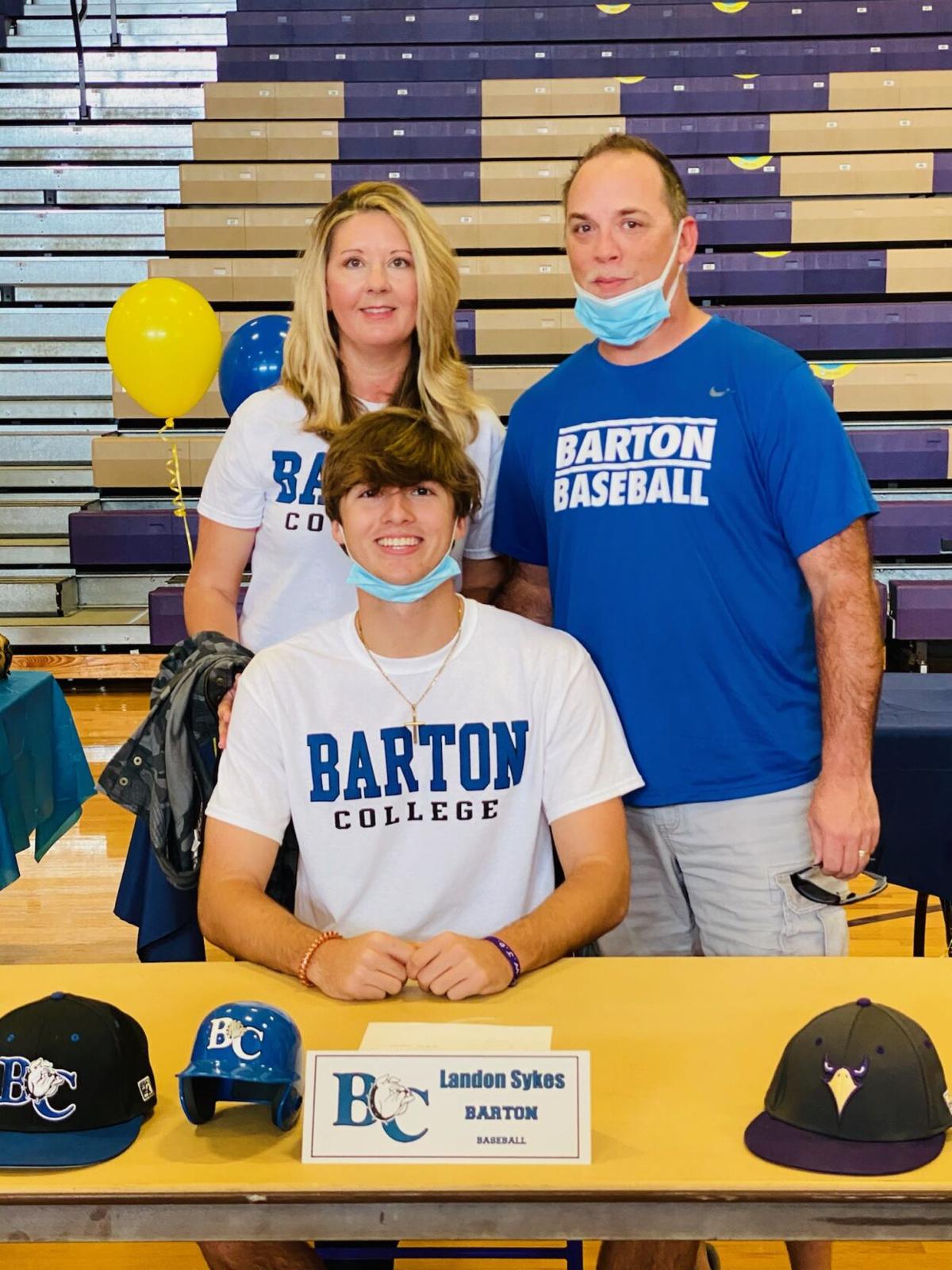 (With Park View High School slated to merge with Bluestone HS to form the new Mecklenburg County HS in 2022, the South Hill Enterprise is running an ongoing series that looks back at some of the outstanding athletes and coaches and their stories through the years. This is story No. 68 in the series.)

Fast forward thirty years and John’s youngest son Landon is also heading to Barton in the fall to pitch.

“I’m a proud father and it tugs at my heart strings a little bit,” he said of his son’s decision to also play at Barton. “I am impressed by how hard he has worked on his academics and developing his baseball skills.”

The elder Sykes helped lead the Dragons to back-to-back Southside District crowns in the early 90’s and earned All-Region honors.

The Dragons shared the Southside District regular season title with Nottoway in 1991 and then captured the district title outright in 1992 going 9-1 in district play as Sykes was a perfect 6-0 on the mound in the regular season. He finished the year with a 7-2 record and a 2.12 ERA with 70 strikeouts over 59.3 innings. Sykes was joined on the All-District team that year by teammates Darrell Wilkins, John Webb, John Bradley, Jamethro Rogers and Chris Toone.

Sykes also had a chance to play with his older brother Todd, who coached the Park View JV baseball team this past year, during the 1990 season when the younger brother was a sophomore.

“That was a dream come true,” Sykes said. “As kids we envisioned playing in high-school together and to have that opportunity was meaningful not only for the two of us, but also our parents. My Dad used to coach us and take us to play games around the state growing up.”

Sykes said looking back at his playing days, there were a number of outstanding players on Coach Michael Green’s team in the early 1990’s.

“The guys I played with just refused to lose,” he said. “My freshman year some of us started on junior varsity, but Coach Greene pulled us up to varsity and threw us in the fire. I think he realized we had a good nucleus and he let us cut our teeth playing against the older kids. By the time we got to our junior year, it really paid off. Coach Greene helped us to develop and had us doing specific position work at practice.”

“The high school team was basically our All-Star team,” he said. “It was a fun and competitive group of guys.”

Darrell Wilkins, a catcher who went on to play at Longwood, first baseman John Webb who played at Bridgewater, shortstop Herbie Dunlow who played at Louisburg College and outfielder Jamethro Rogers who played at VCU, helped anchor a strong defense.

“Coach Greene put us in a position to succeed,” Sykes said.

He said he had such a good relationship with Wilkins, that he rarely had to shake off a sign.

“We were on the same page,” he said, “and we are still friends today. I just got a text from him the other day.”

Sykes attended a camp in New Jersey during his junior year and received a few letters in the mail including one from Brown University.

“Barton and Pfeiffer recruited me on the same night when I pitched against Nottoway,” he said. “I had a cousin that played at Pfeiffer but at the end of the day, I decided to play for Coach Todd Wilkinson at Barton.”

“I had noticed something was a little off during my junior year in high school,” he said. “After my sophomore year in college, I said that is enough. It was a tough decision, but I didn’t want to have surgery. You just didn’t come back from shoulder surgery back then.”

Sykes said his first collegiate win in a contest against Division I Campbell University is something he will never forget.

“I came on in middle relief after our starter ran into trouble in the second inning and we won 4-1,” he said. “That was an awesome feeling.”

“Landon has been affected by the COVID (pandemic) from a recruiting standpoint,” his father said. “When the NCAA opened the transfer portal up without the penalty of sitting a year, it saturated many rosters across the Southeast.”

Landon, playing for TPA (The Performance Academy) had the opportunity to play in a showcase game at Barton and the coaches were there to watch him and liked what they saw.

Landon, a 6-4, 180 lb. right-handed senior pitcher at Holly Springs HS (NC) playing for Coach Rod Whitesell, looked at a few more schools in the Northeast that had expressed interest before deciding to sign with Barton and play for Coach Keith Gorman.

“We are super excited that he has this opportunity to play baseball at the next level,” said Sykes.  John has been married to Stephanie for 25 years who he met at Barton and has an older son Garrett that will be graduating from UNC-Wilmington in the spring.