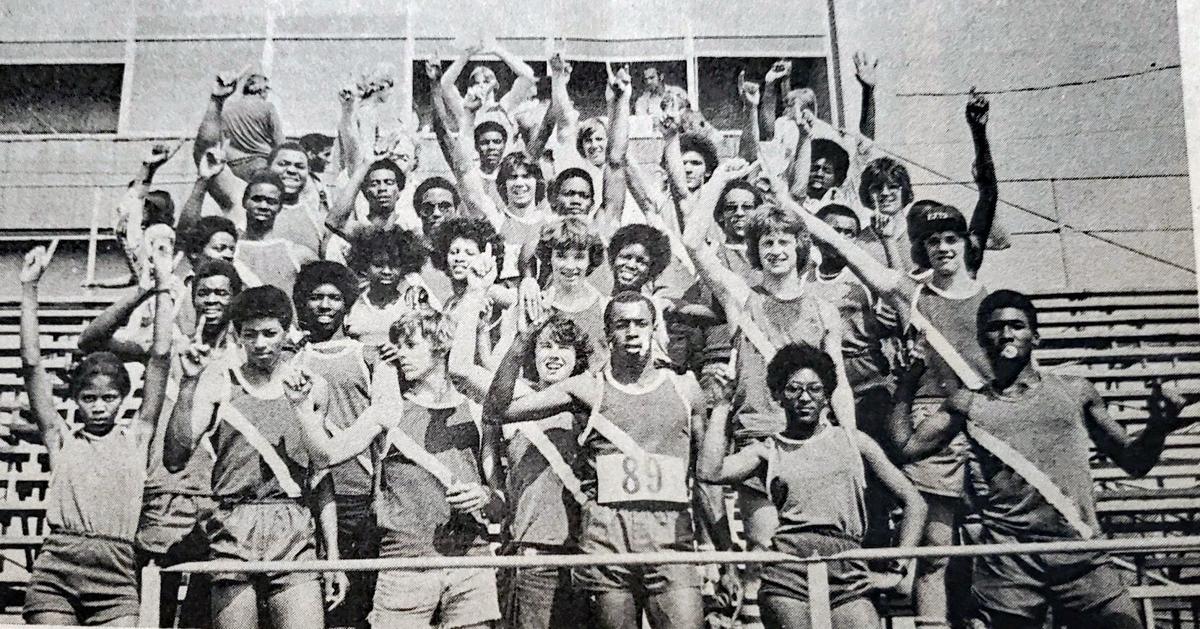 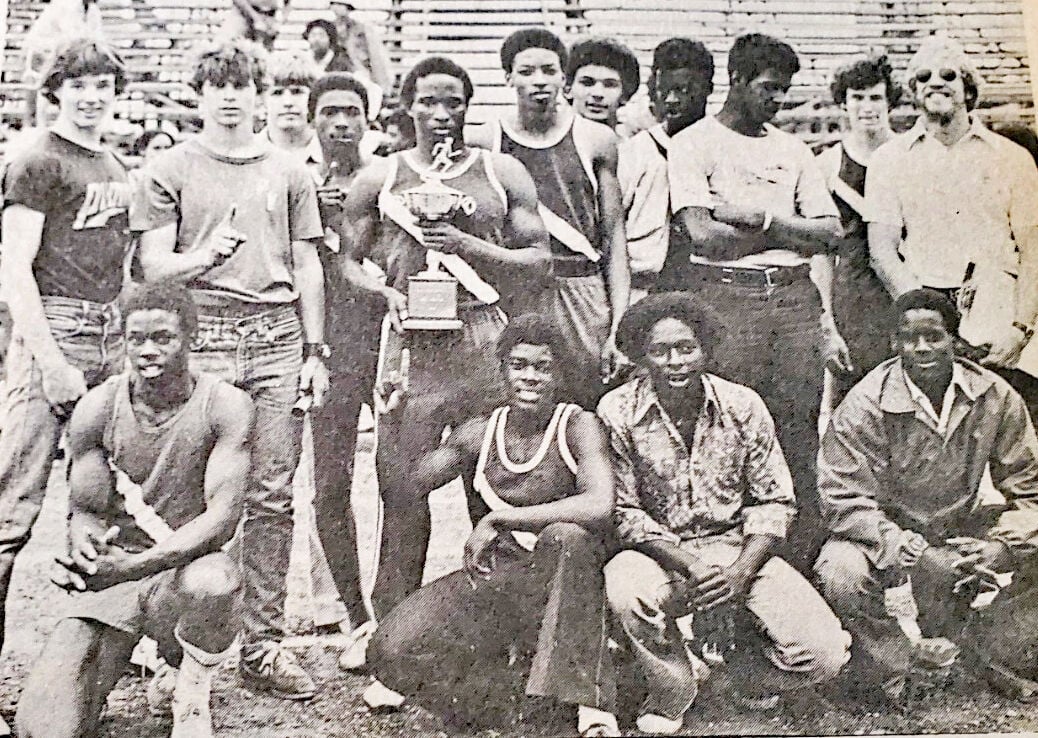 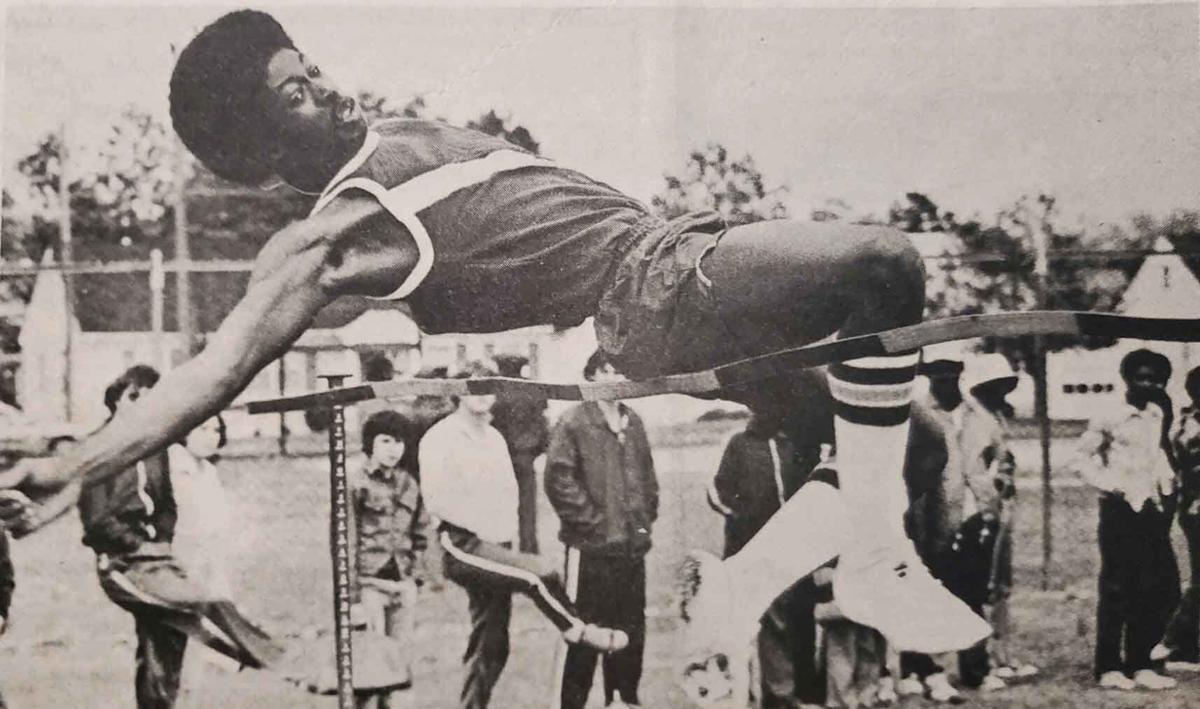 (With Park View High School slated to merge with Bluestone HS to form the new Mecklenburg County HS in 2022, the South Hill Enterprise is running an ongoing series that looks back at some of the outstanding athletes and coaches and their stories through the years. This is story No. 25 in the series.)

The Dragons won seven of 16 events in 1978 to repeat as district champions at Matoaca HS. Park View finished with 127 points to best the field as Brunswick HS finished second with 106 points and Matoaca was third with 76 points.

All three athletes advanced to the Group AA state meet at James Madison University where the Dragons placed in state competition for the first time.

Little finished fifth in the Long Jump with a distance of 21.8 ft.

The Park View boys track team won its first ever district championship in 1977 when it finished with 146 points to outdistance Greensville HS with 123 points.

Capturing district tiles were Kevin Bishop in the Long Jump and High Jump, Mike Mitchell in the 330 Intermediate Hurdles with a school record of 42.3, and the Park View relay team (Allen Farrar, John Bowers, Herbert Farrar and Kevin Bishop) in the Mile Relay.

The Dragons placed at least two people in 11 of the 14 individual events at the district meet that season. In the long distance races, Danny Wilson and Ken Prince finished 2-3 in the Mile Run and Anthony Powell, Wilson and Charles King were 2-4-6 in the Two Mile Run. Powell had been hit by a car a week before and had not been practicing prior to the meet.

Jeff Kidd set a Park View record in the Pole Vault by clearing 10’6” for third place while James Farrar broke his record in the 880 with a second-place time of 2:08.

At the regional meet, the relay team of Farrar, Farrar, Bowers and Crowder finished third with a school-record time of 3:39.6 while Mitchell (330 hurdles) and Powell (Two Mile) each earned a fourth place finish while setting a school record.

Mitchell bettered his old time by .25 of a second while Powell knocked 3.7 seconds off his time.

The Park View boys came up just short in 1979 while going for a Three-Peat as newcomer Clover Hill HS captured the district title while the Dragons finished second.

Little finished second in the Group AA state meet that season in the Long Jump.