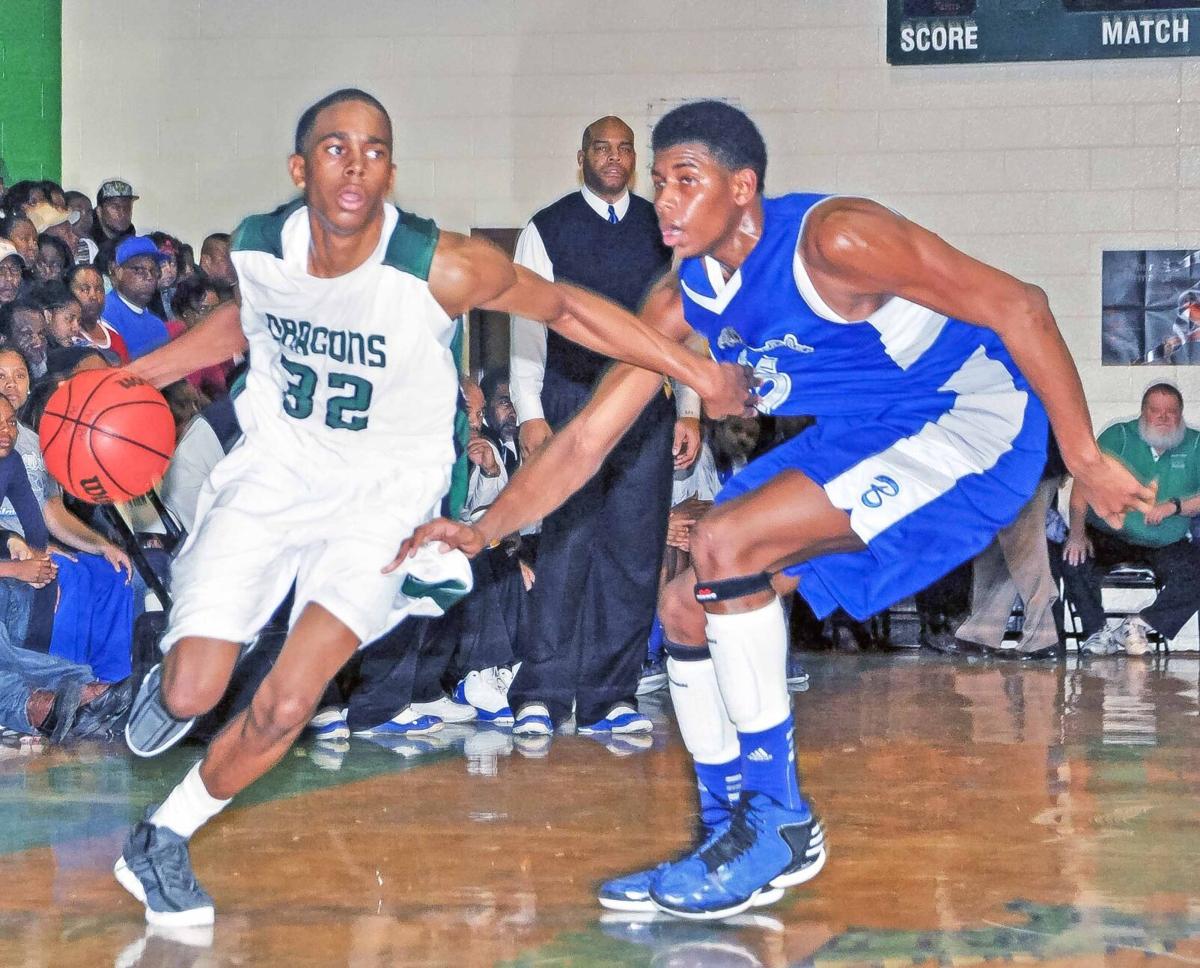 Kaleb Johnson goes up for a slam dunk in a contest against Nottoway HS in 2010. (Dennis Smith) 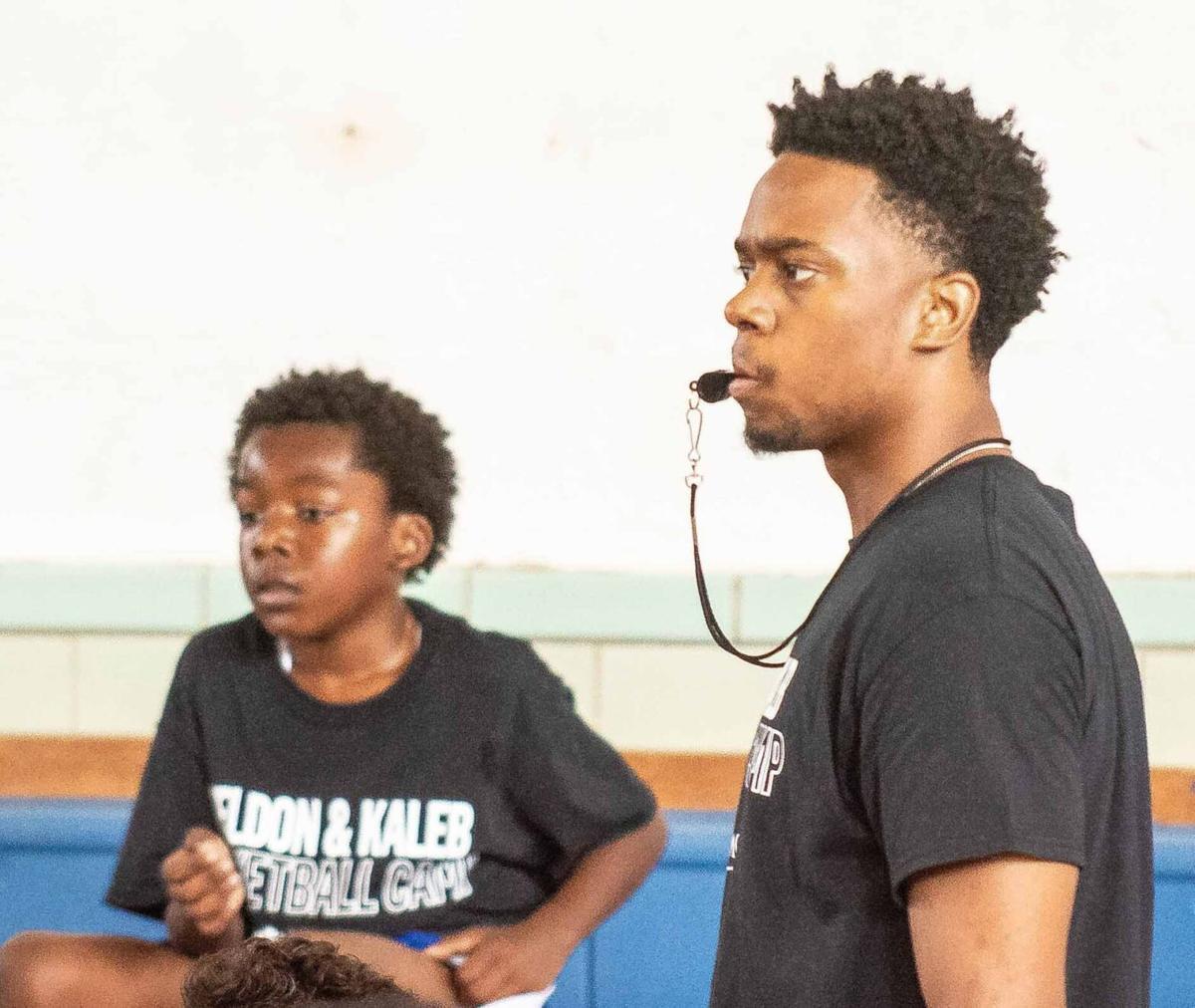 Kaleb Johnson along with his brother Keldon hosted a basketball camp for local youth in 2019. (Dennis Smith) 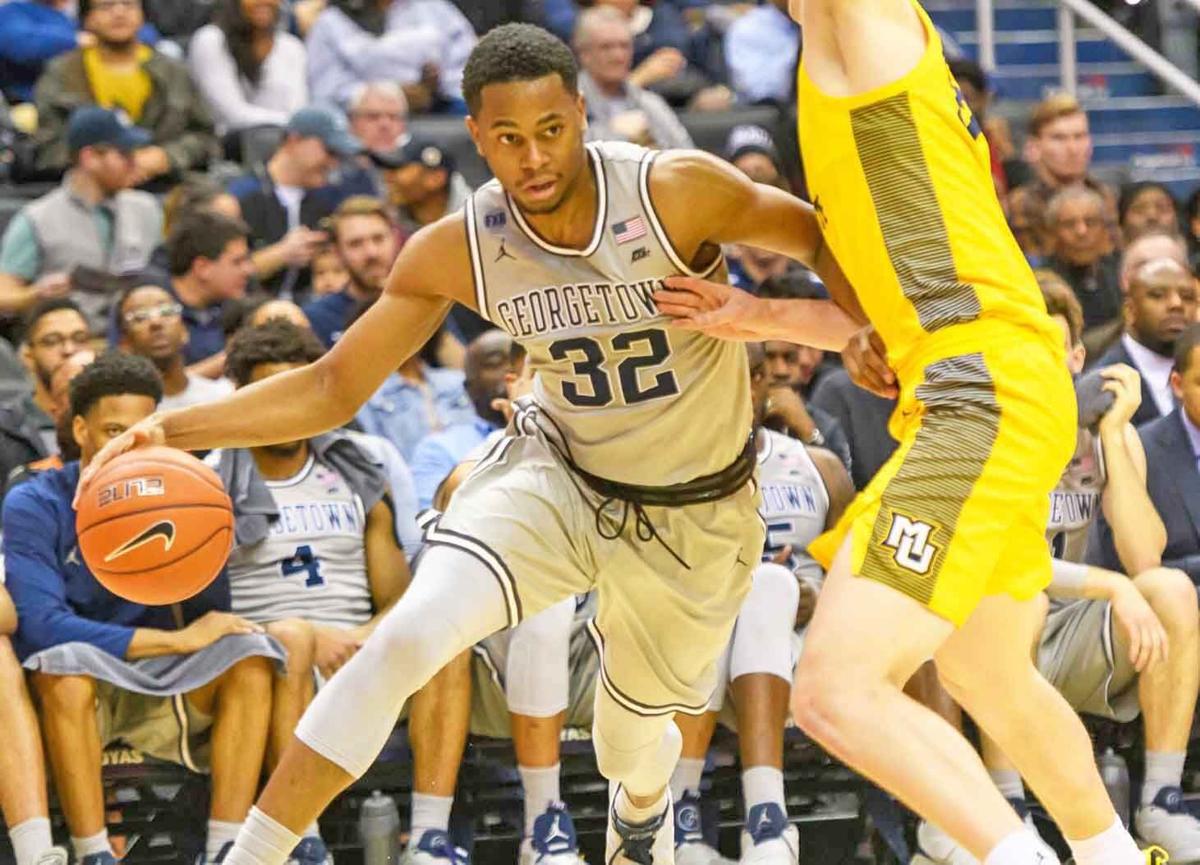 Kaleb Johnson goes up for a slam dunk in a contest against Nottoway HS in 2010. (Dennis Smith)

Kaleb Johnson along with his brother Keldon hosted a basketball camp for local youth in 2019. (Dennis Smith)

(With Park View High School slated to merge with Bluestone HS to form the new Mecklenburg County HS in 2022, the South Hill Enterprise is running an ongoing series that looks back at some of the outstanding athletes, teams and coaches and their stories through the years. This is story No. 40 in the series.)

A pair of athletic youngsters, both began their basketball odyssey as youth standouts in the local Booster League before excelling at Park View Middle School.

By the time they entered Park View HS, both were well known throughout the state.

While younger brother Keldon Johnson is beginning his second season in the National Basketball Association, Kaleb Johnson is still preparing for and pursuing his own opportunities in professional basketball.

“I don’t have any quit in me,” Kaleb Johnson said in a recent interview. “I think things will pick up for me soon.”

Johnson was a standout for the Dragons’ for three seasons before reclassifying and transferring to Virginia prep power Carlisle School to play alongside top NBA prospect Thon Maker.

Johnson was ranked as the No. 5 prospect in Virginia during his senior season and the No. 19 small forward in the country.

Johnson combined to average 19.1 points and 12.1 rebounds per game in his final two years of high-school basketball, including averaging 23.3 points as a senior. He scored 955 points and pulled down 447 rebounds in those two seasons.

He helped lead Carlisle to a state title and earned first team All-State honors as a junior and senior and was named the team’s MVP in his final season.

Looking back, Johnson said transferring from Park View to a prep school was one of the hardest decisions he ever had to make.

“That was such a tough decision,” he said. “My family and I thought it was the best decision to put myself in the best possible position.”

Johnson said he enjoyed playing alongside the friends he grew up with at Park View.

“We had a close bond on and off the court,” he said.

“Coach Watkins really prepared us for high-school,” Johnson said. “We were running offensive and defensive plays and that really helped us.”

Johnson said Parker allowed his players to develop to their full potential.

“Coach Parker was the kind of coach that allowed you to become the player you were supposed to be,” he said.

Johnson had a number of mid-major collegiate offers on the table including several Ivy League schools. He said it was important to him to sign with a program that had strong academics as well as athletics.

“It was a no brainer for me,” he said. “They had good academics and it was close enough that my family could come and see me play.”

Johnson appeared in 32 games as a freshman for the Hoyas and scored 14 points and had four rebounds in a contest that season against Duke.

Johnson appeared in 31 games as a sophomore and scored a season-high 11 points against St. Johns.

He started all 30 games in his junior campaign for Coach Patrick Ewing, averaging 5.6 points and 2.3 rebounds per game. He scored a career-high 24 points against Maryland-Eastern Shore that season and earned Big East Conference academic honors.

Johnson injured his foot and missed most of the preseason in his senior campaign but still played in 30 games for the Hoyas and scored a season-high 12 points against Marquette and Little Rock.

“I had a slow start to the season after the injury,” said Johnson. “I really wanted to play through it for Coach (Ewing) and my teammates.”

Johnson earned his bachelor’s degree in Finance from Georgetown in 2019.

“Georgetown was a great experience. We got to travel a lot and play against some of the best teams in the country,” he said.

Johnson said he is appreciative that Coach Ewing stood by him after taking over the Hoyas’ program, despite not recruiting him.

“I got a text from him yesterday for Christmas,” Johnson said. “He is a genuine person and you could tell he really cares for his players.”

Johnson said following graduation, he went through the NBA pre-draft process and had workouts with the Washington Wizards and Orlando Magic.

“That was a great experience for me,” he said.

Johnson was signed by Brooklyn for the 2019 Summer League in Las Vegas.

“I didn’t get to play much but it was a great experience and my brother was out there with me,” he said.

Johnson was drafted in the second round of the NBA G-League Draft by the Austin Spurs.

“It ended up not working out for me,” he said.

The COVID-19 pandemic shuttered the 2020 G-League and Johnson has spent his time in San Antonino with his brother working out for the past few months.

“I think the time off has helped my body to heal,” he said. “It is kind of a blessing in disguise. I am hoping that I will be playing in the G-League this coming season.”

Johnson said he is extremely proud of the success his brother Keldon, a first round pick by the San Antonio Spurs in the 2019 NBA Draft, has found in the NBA.

“I am so happy for him,” Kaleb said. “When he got drafted I felt like I got drafted, my family got drafted. It was such a good thing for my family and the people of South Hill.”

Kaleb said Keldon’s success is also a motivator for him.

“I have seen how hard he works,” Kaleb said of his brother, “and that motivates me.”

Kaleb Johnson said many of the things he went through such as making a decision about prep school and selecting a college also helped his family and Keldon when the time came for him to make those decisions.

“When Keldon came along, that helped him,” he said. “I am sure Keldon would say he picked up some things from me.”

As for a backyard game like they used to play growing up in Brodnax, Kaleb said there is no question for him who would come out on top.

“I’m winning,” Kaleb said with a laugh. “I can’t let my little brother beat me.”

Kaleb and Keldon Johnson are the sons of Chris and Rochelle Johnson of Brodnax.