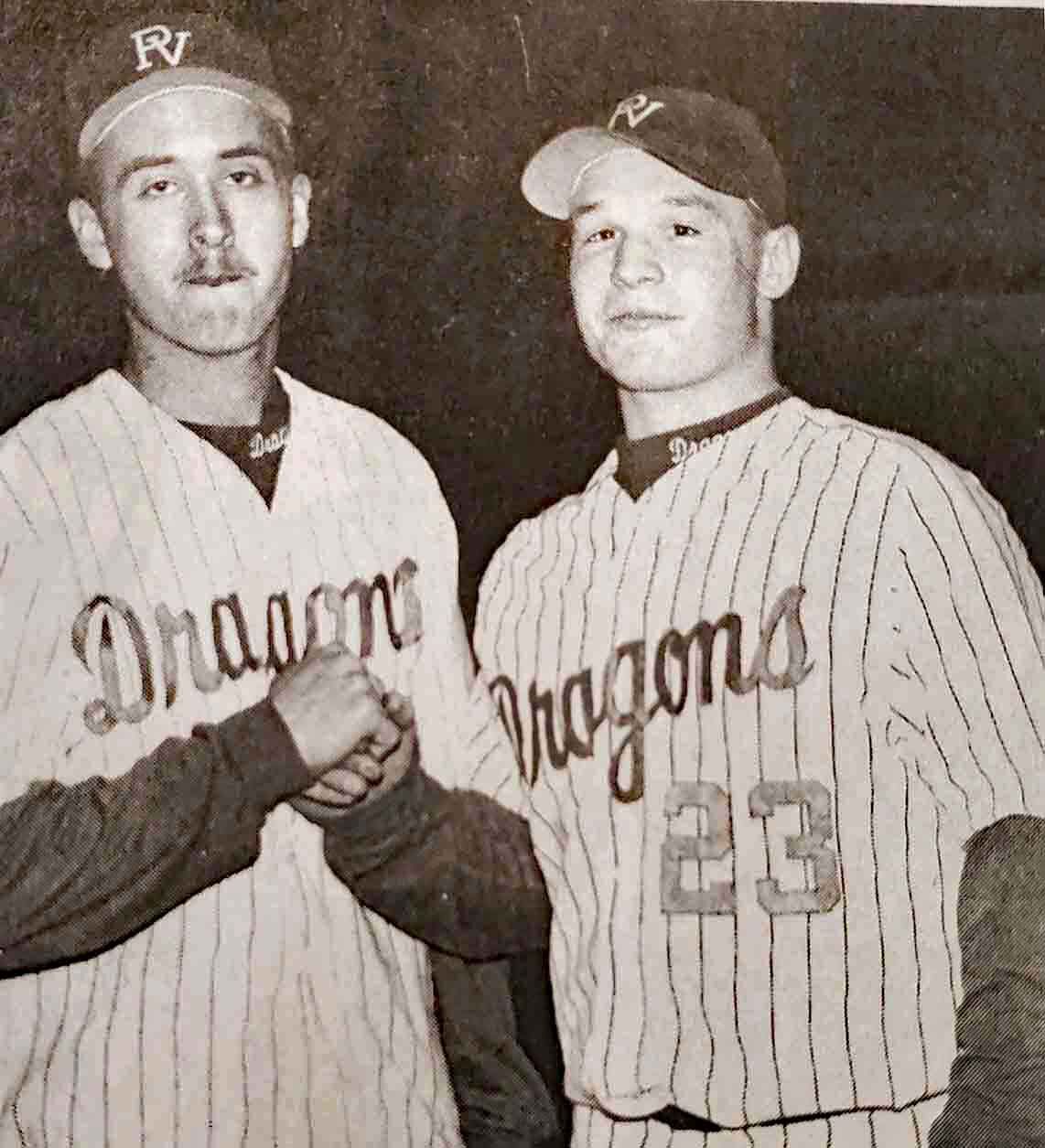 Park View High School pitcher Sam Sullivan, right, received congratulations from teammate Bobby Bowers after his perfect game on March 31, 1995 in a 9-0 win over Southern Vance (NC). Sullivan struck out 11 in the contest while Bowers had three hits on the day - a single, double and triple. (Enterprise photo) 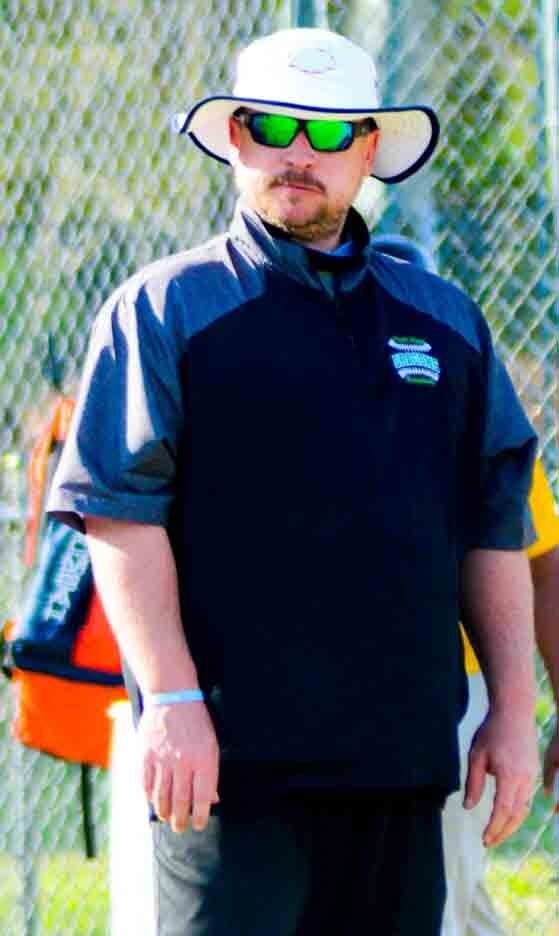 Park View High School pitcher Sam Sullivan, right, received congratulations from teammate Bobby Bowers after his perfect game on March 31, 1995 in a 9-0 win over Southern Vance (NC). Sullivan struck out 11 in the contest while Bowers had three hits on the day - a single, double and triple. (Enterprise photo)

(With Park View High School slated to merge with Bluestone HS to form the new Mecklenburg County HS in 2022, the South Hill Enterprise is running an ongoing series that looks back at some of the outstanding athletes, teams and coaches and their stories through the years. This is story No. 60 in the series.)

Sullivan said as he looked back on the contest, everyone was aware of what was going on but no one would dare say anything to him about it as the game went on and the excitement built.

“I remember I struck out the first two or three batters and after the inning my catcher, Mark Morris said ‘You are killing my hand tonight,” Sullivan said.

After retiring the side in order in the third inning, slugger Rusty Webb told Sullivan, ‘You are shooting that ball tonight.”

As the game went on, “I think most everyone knew what was going on but no one wanted to say anything about what was happening,” Sullivan said. “I remember going out for the seventh inning knowing what I had a chance to do.”

Sullivan had to face the Southern Vance top of the order in the final inning and he quickly struck out the first two batters.

The next batter up hit the ball harder than anyone had for the visitors all game.

“I will never forget the play Ricky Jones made at second base,” Sullivan said. “He always played hard. The batter hit a line shot and Ricky broke on it and snagged that ball for the third out. It is something I will never forget,”

Catcher Mark Morris told The South Hill Enterprise after the game, “He really had his fast ball working. I’ve never seen him throw it as hard as he did tonight and his control was almost pinpoint.”

Only three balls were hit into the outfield in the game; two short fly outs to centerfield and one to leftfield. Three batters grounded out to the pitcher (one on a bunt), one grounded out to first base and two to second. The only close play of the game besides the line out caught by Jones came on a pop fly behind third base that shortstop Brian Crutchfield made a nice sliding catch on at the foul line.

Sullivan said the Dragons had a talented team that season. Park View advanced to the Group AA regional playoffs in both his junior and senior seasons.

Sullivan batted .360 in his final year and hit three homeruns with a .600 on-base-percentage. He went 4-1 on the mound with a 2.29 ERA and recorded 43 strikeouts over 30.7 innings with three saves. Justin Hendrick, Scott Greene and Sullivan all compiled 4-1 records on the mound that season.

Sullivan was named to the Southside All-District first team in both his junior and senior seasons.

He injured his shoulder warming up for a regional playoff game at Nansemond River HS in his final season.

“I had to tell Coach I couldn’t throw,” Sullivan said. “It felt like something was cutting into me. I ended up playing at first base.”

Scott Greene, a freshman on the team, took Sullivan’s spot on the mound.

“Scott pitched a heck of a game,” said Sullivan. “We ended up losing 3-2 but it was a good game.”

Greene would also go on to throw a perfect game for the Dragons in April, 1997 as a sophomore in a 10-0 five-inning win over Warren County (NC).

Sullivan said he had hopes of playing at Longwood following his high-school graduation but after the shoulder injury and with his first daughter on the way, he decided to focus on family and work.

“I knew baseball had to end at some point,” he said.

Sullivan said the friendships he made playing baseball are ones he still enjoys today.

“We still all talk today,” he said. “The friendships made are what are important. That is what I try to tell the kids now.”

Sullivan said he enjoyed playing for Coach Michael Greene at Park View who had also coached him as a youngster in church basketball.

“To play for Coach Greene was special,” he said. “As good of a baseball coach as he is, I think he is an even better man.”

Sullivan, who works as a Purchasing Manager for Virginia Marable in Kenbridge, is coaching the Park View junior varsity baseball team this year with Todd Sykes.

Sullivan is married to Stephanie Poythress Sullivan and they have three children: daughters Jada and Emme, and son Jobe, who is an eighth grader playing for the Park View JV’s this year.

“We are young,” Sullivan said of the Dragons’ junior varsity team. “I don’t think people realize the impact COVID has had by missing a season, but they will learn a lot this year. The future looks good for them. At the end of the day, baseball is a great tool to teach the kids about life.”