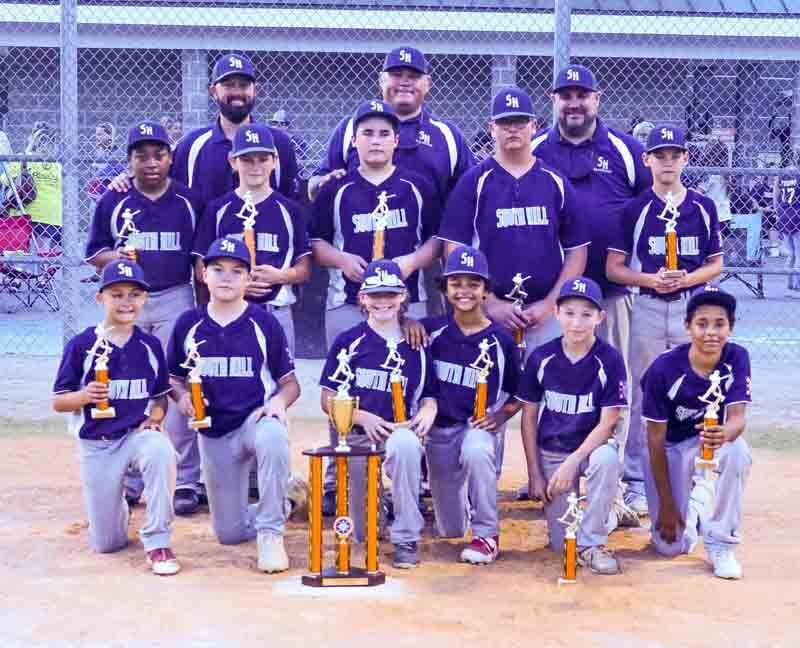 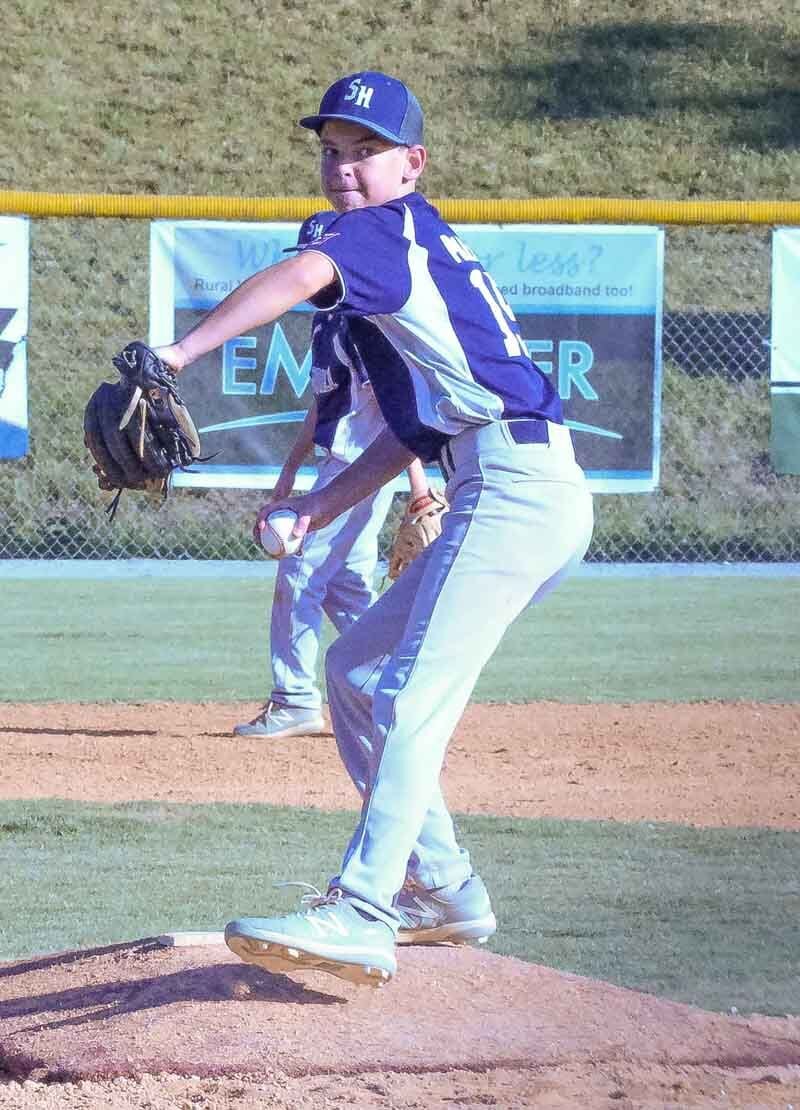 Xander Pulley earned the win on the mound for South Hill in both victories over Brunswick in the Dixie Youth District 2 Division 2 tournament played over the weekend at Parker Park. (Dennis Smith)

Xander Pulley earned the win on the mound for South Hill in both victories over Brunswick in the Dixie Youth District 2 Division 2 tournament played over the weekend at Parker Park. (Dennis Smith)

The win was South Hill’s second win in the tournament over Brunswick.

Halifax went 2-0 in the tournament with wins over Emporia and South Hill to capture the District 2 Division 1 O-Zone title. Both teams will advance to their respective state tournaments.

South Hill jumped out to a 3-0 lead in the first inning on Sunday night as Xander Pulley, Jayce Parrish and Jake Wesson all walked and scored.

South Hill increased the lead to 5-0 in the third inning when Drake Newton and Pulley both walked and Jayce Parrish and Jake Wesson followed with RBI hits.

South Hill plated five runs in the top of the fourth when Tuck Tucker, Parrish, Wesson, Aidan Reed and Hunter Curtis all scored.

Brunswick got its offense going in the bottom half of the inning when Jack Mitchell led off with a double, Alvin Garnes, Jr., walked, Colton Irby doubled, Kaeden Moore singled, Austin Pair singled and Henry “Squirrel” Corker singled to cut the lead to 10-4.

Tyler Harris and Newton scored for South Hill in the fifth inning while Brunswick answered with three in the bottom of the inning when Kamarion Taylor walked, Mitchell doubled and Garnes singled.

Reese scored in the sixth for South Hill to complete the scoring.

Pulley picked up the win on the mound for South Hill while Wesson pitched in relief.

Jamari Parham, Irby and Moore pitched in the contest for Brunswick.

Halifax, the only Division 1 team in the tournament field, got a complete game 8-strikeout perfect game from Colton Milam on Saturday night in the visitor’s 13-0 shellacking of South Hill in four innings.

Halifax scored five runs in the first inning, five in the second and three in the third.

Emporia had jumped out to an 8-2 lead in the third inning but Brunswick fought back with two in the third, one in the fourth, four in the fifth and the game winner in the bottom of the sixth.

South Hill blasted Brunswick 15-0 in a first round contest on Friday evening.

South Hill jumped out to a 4-0 lead in the first inning and then added three runs in the second and eight in the third.

Xander Pulley and Jake Wesson combined on a no-hitter. Pulley struck out five and Wesson came in to get the final strikeout in the third inning.

Ross Reese, Hunter Curtis and Pulley all had a hit and scored a run.

Wyatt Whitlow who reached on an error and Kamarion Taylor who walked were the only baserunners for Brunswick in the contest.