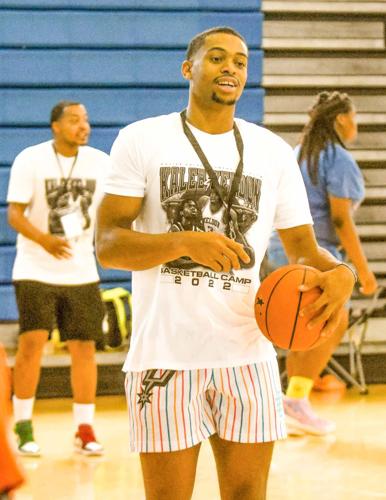 The Johnson brothers hosted the Keldon and Kaleb Johnson basketball camp this past weekend at Brunswick High School in Lawrenceville. Over 300 youth turned out for the two-day camp as a number of local coaches and college players assisted the Johnson family. Based on the large number of smiles, it is safe to say that a good time was had by all. (Dennis Smith) 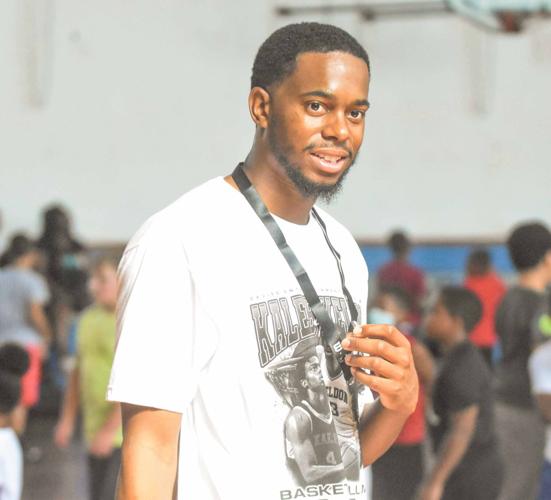 The Johnson brothers hosted the Keldon and Kaleb Johnson basketball camp this past weekend at Brunswick High School in Lawrenceville. Over 300 youth turned out for the two-day camp as a number of local coaches and college players assisted the Johnson family. Based on the large number of smiles, it is safe to say that a good time was had by all. (Dennis Smith)

It was great to see our local superstars Keldon and Kaleb Johnson in town last week spreading cheer and giving back to the youth in our community.

The two brothers hosted the Keldon & Kaleb Johnson basketball camp this past Saturday and Sunday at Brunswick High School bringing a lot of smiles to the youngsters in attendance.

Our other local superstar Odicci Alexander was also in town recently and participated in the Brunswick Academy softball camp along with BA alums Naomi Sadler and Elise Walton.

It was a special week for the Johnson family after Keldon agreed to terms on a 4-year contract extension with the San Antonio Spurs for $80 million dollars.

Johnson said at the camp on Saturday that he was excited about the contract extension.

While the Spurs appear to be a complete rebuild mode after trading All-Star Dejounte Murray to the Atlanta Hawks a few weeks ago, San Antonio was quick to work the deal with Johnson to keep him with the franchise.

San Antonio did have three first rounds picks in the most recent NBA Draft and they also have a few more over the next several seasons to use.

Johnson said he has met the newest draft picks.

There is no question that the Spurs and legendary Coach Gregg Popovich will be looking to make some deals as they prepare for the new season and leading into next year’s draft. The good news is that the Spurs have cap space and draft picks as collateral.

While Johnson may have gotten more money in the open market, there is no question he is with a franchise that wants him and will look to build around him.

That certainly makes the future very bright for our hometown superstar!

Kaleb Johnson meanwhile said he plans to play in the NBA G-League again this upcoming season.

He has played the past two seasons with the Austin Spurs and has showed improvement each season. I would love to see him get the chance to take the court in San Antonio with his brother. What a thrill that would be!

Odicci Alexander meanwhile will begin her third season in the Athletes Unlimited professional softball league this week. She recently played with the USA national team and helped them capture the 2022 Canada Cup.

Congrats to all three of our local superstars and Best Wishes to them on their upcoming seasons!

Below is the list of teams that won state championships in youth softball and baseball that our local teams competed in this summer.

While Mecklenburg was the only local team to capture a state title after winning the Dixie Majors division for the fifth straight year, South Hill finished as state runner-up in Dixie Youth D2 Ozone and D2 Coach Pitch while the South Hill Babe Ruth All-Stars advanced to the semifinal round in the Babe Ruth 16-18 year-old Babe Ruth state tournament.

It has certainly been a great summer!