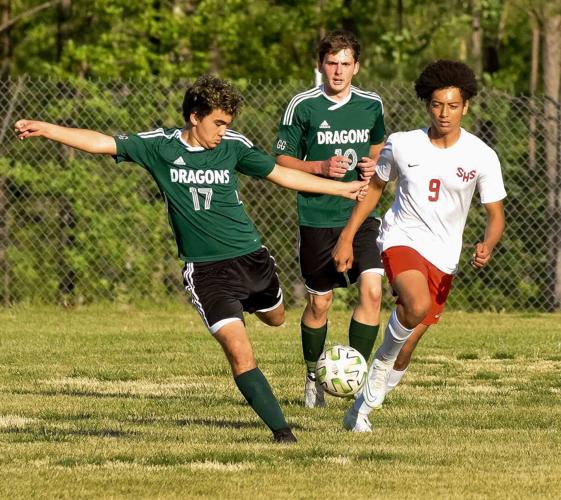 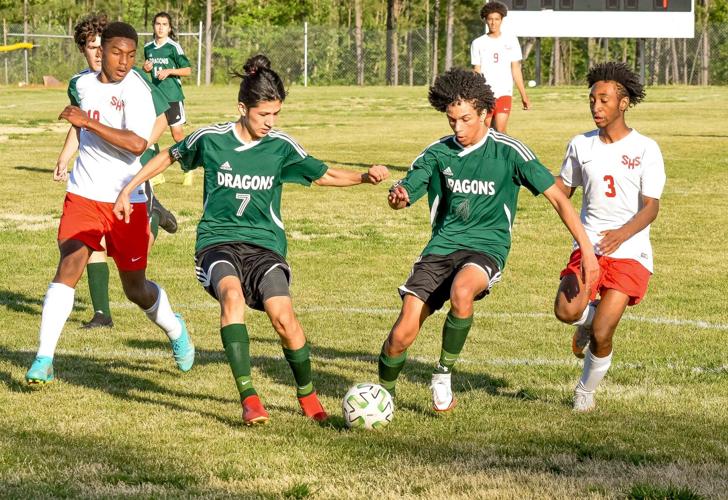 The young Park View High School boys’ soccer team continued its good play on the pitch with a pair of wins last week and a tie at Colonial Heights HS on Friday evening.

Dragons’ coach Pepe Pacheco was pleased with the play of his team on the road against the Colonials.

“Without a doubt, that is what I was waiting for in this team,” said Coach Pacheco. “We played an excellent game, fighting for each ball in all areas of the field. We faced a better team than us but we made some movements in our lines that the boys understood perfectly and that leveled the match. Sometimes you have to play intelligently to be able to compete and these guys knew how to do it. I am very grateful for the effort in this match.”

After the Indians scored an early goal for a 1-0 lead, Park View answered when Chase Crabel found the net to knot at the 24:21 mark. Walter Hernandez scored for the Dragons at the 16:49 mark for a 2-1 lead and Evan Springer scored for a 3-1 lead at the 14:22 mark of the first half. Rafferty Lee also scored in the match for the Dragons while Hernandez added a second goal to complete the scoring.

The victory improved Park View to a perfect 10-0 in district play.