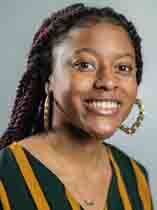 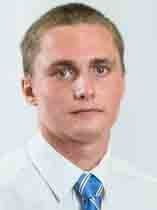 It has been quite a track season for former Brunswick High School standout Aniya Seward and former Bluestone HS standout Frank Csorba at the University of Lynchburg.

Seward, a freshman, finished 12th in the 100 meter hurdles tying her personal best with a time of 14.43. The 12th-place result marked the best-ever finish for an Old Dominion Athletic Conference student-athlete in the event at the national championships.

Seward finished ninth in the Triple-Jump. She leapt 11.41 meters in her first attempt of prelims, a mark that earned her the last spot in the nine-woman final. She improved her distance in the final round to 11.52m (37 feet, 9 ½ inches).

It has been a super season for both standouts as Seward earned All-South/Southeast Region honors in the 100 meter hurdles, 4x100m relay and triple jump.

Seward and senior LaMaya Lacy traded the University of Lynchburg program's hurdles record back and forth throughout the season. Seward tied Georgette Turner's 20-year-old Lynchburg mark of 14.86 seconds at Lenoir-Rhyne early in the season. Lacy then bested the record at Lynchburg's home meet on April 17, running her season best at 14.59, before Seward dropped the time again, stopping the clock at 14.43 to win the ODAC championship the first weekend in May. Seward also broke Lynchburg's outdoor triple jump record with a leap of 38 feet, 5 ½ inches.

Csorba also earned a pair of regional honors for Lynchburg in the 5,000 and 10,000 meters, breaking the school's record in both events this spring,