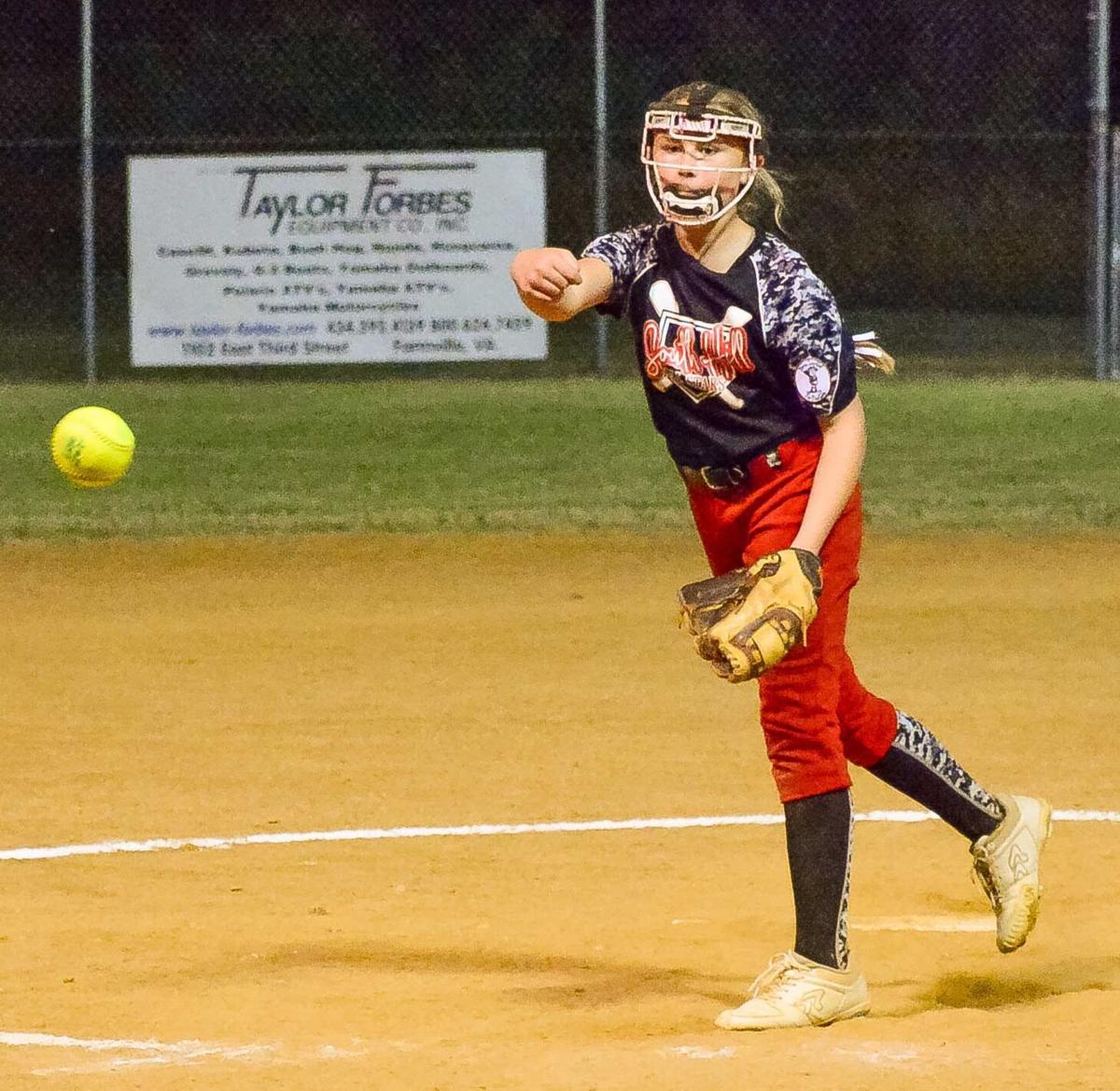 Chloe Stamper was fantastic in the circle on Friday night in South Hill’s 8-4 victory over Prince Edward in the Dixie Softball District 1 Ponytails tournament in Farmville. (Dennis Smith) 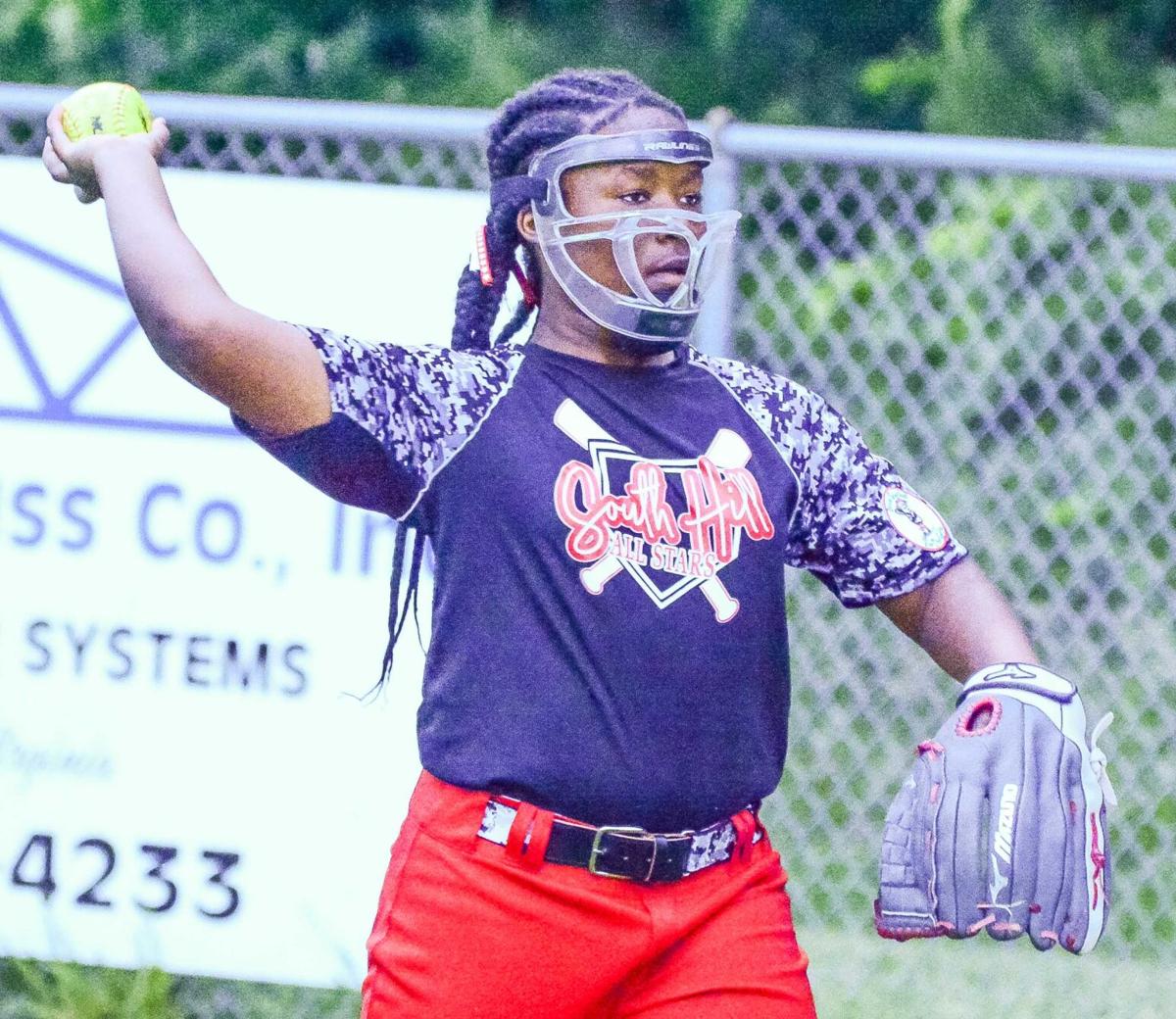 Chloe Stamper was fantastic in the circle on Friday night in South Hill’s 8-4 victory over Prince Edward in the Dixie Softball District 1 Ponytails tournament in Farmville. (Dennis Smith)

The South Hill Ponytails captured their first two games in the Dixie Softball District 1 tournament over the weekend in Farmville to move into the driver’s seat in their quest for a state tournament berth.

South Hill scored early and often on Saturday evening to wallop Clarksville by a 26-1 score.

The local team jumped out to an 11-0 lead in the first inning and then added 11 more runs in the second inning and three in the third.

Clarksville scored its only run in the third inning on a double and a groundout.

Lyman and Dooley had four hits apiece in the game to pace South Hill while Baughan picked up the win in the circle.

South Hill broke out of a 3-3 tie in the first inning and never looked back in picking up an 8-4 win over Prince Edward in a first round contest on Friday evening.

South Hill went to work in the top of the first when Stamper led off with a walk, Lyman singled and Dooley tripled to drive in both runs. Dooley scored later in the inning for a 3-0 lead.

Prince Edward took advantage of three walks and two hits to plate three runs in the bottom of the first.

Jones led off the second inning with a shot over the centerfielder’s head and raced around the bases for an inside-the-park homerun to give South Hill a 4-3 lead.

Stamper walked and scored after singles by Hyman, Dooley and Lett in the third inning.

South Hill added two runs in the fifth inning when Gill walked, Stamper walked and Snead and Dooley followed with base hits.

Prince Edward scored its final run in the bottom of the sixth on a walk and two hits.

Stamper struck out nine in the win for South Hill while Dooley went 3 for 3 at the plate and made a sensational diving grab down the first base line in the sixth inning.