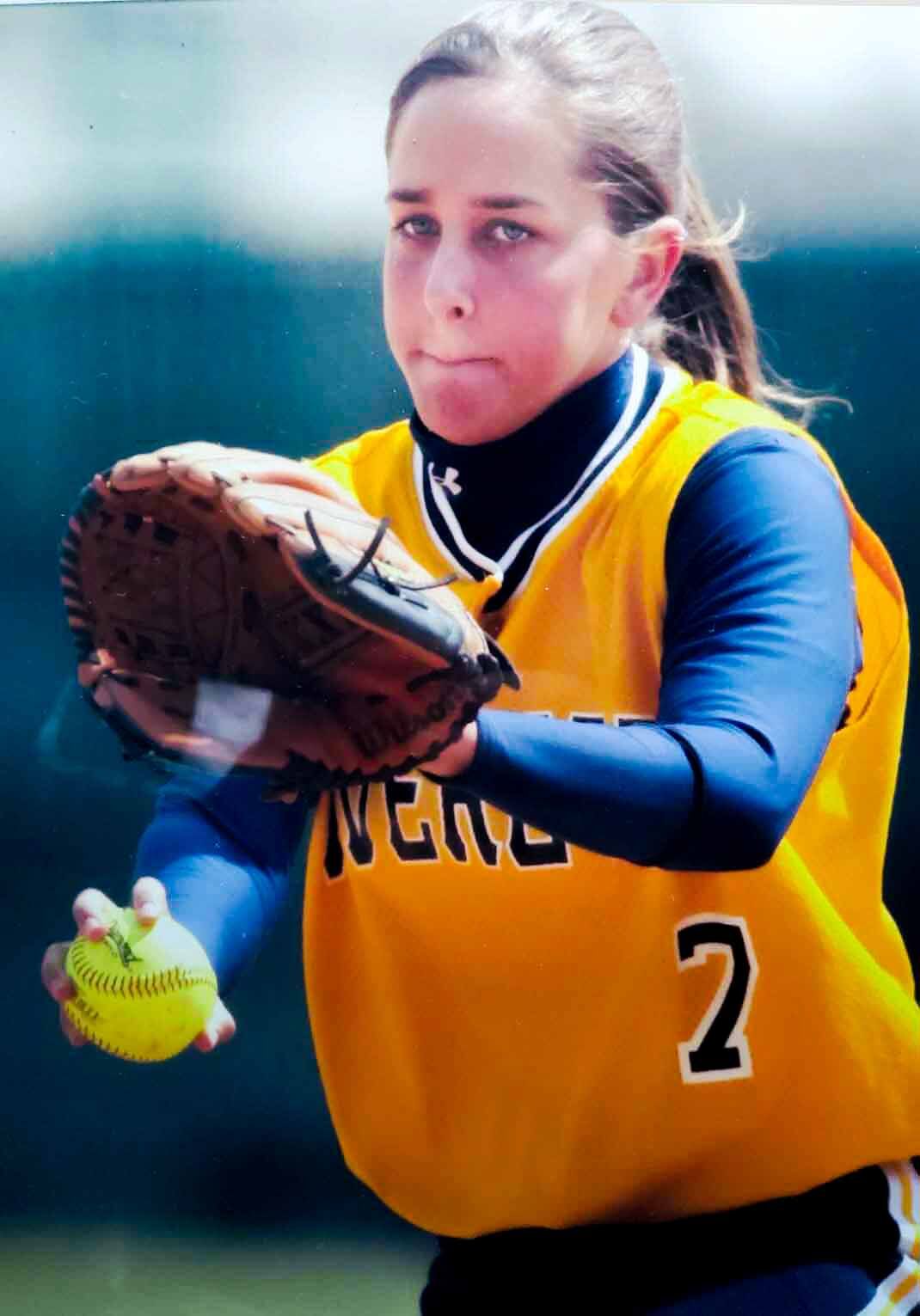 Stephanie Greene was a stalwart on the mound for Park View HS and Averett University. (AU photo) 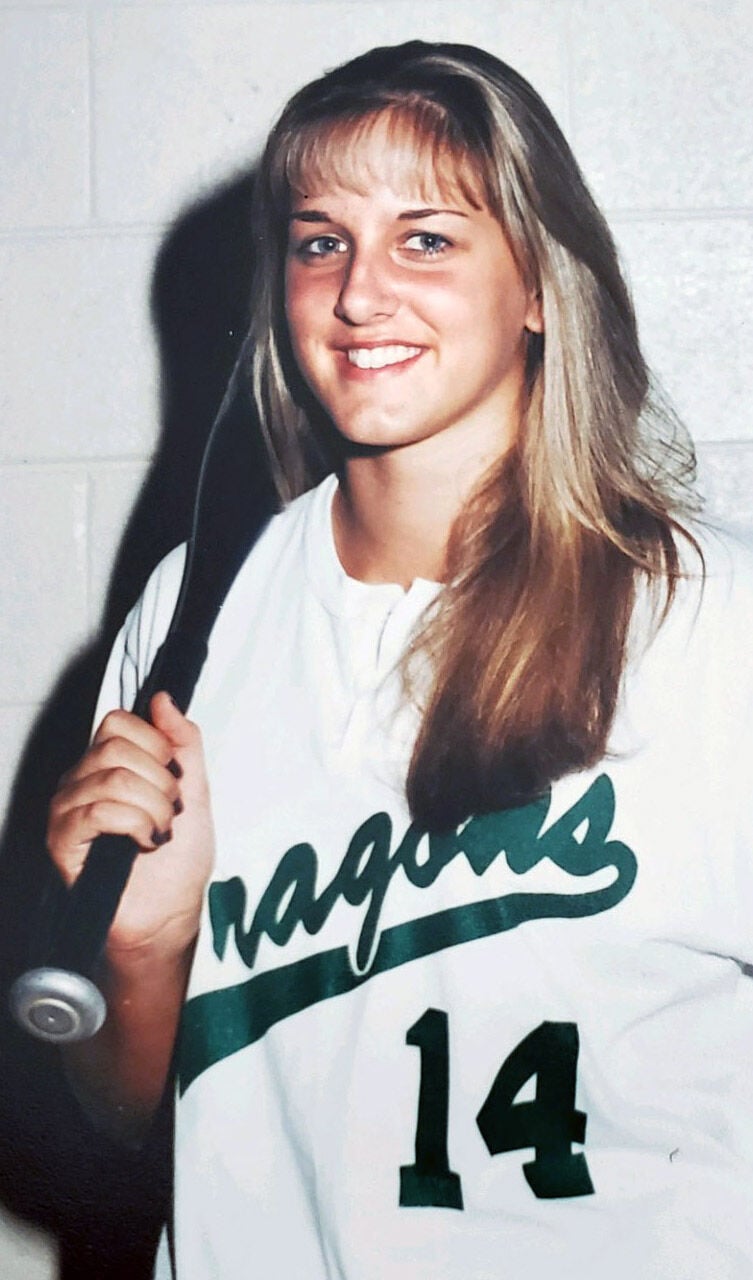 Stephanie Greene, Class of 2002, was a standout in softball and volleyball for the Park View Lady Dragons during her high-school career. (PV photo)

Stephanie Greene was a stalwart on the mound for Park View HS and Averett University. (AU photo)

Stephanie Greene, Class of 2002, was a standout in softball and volleyball for the Park View Lady Dragons during her high-school career. (PV photo)

(With Park View High School slated to merge with Bluestone HS to form the new Mecklenburg County HS in 2022, the South Hill Enterprise is running an ongoing series that looks back at some of the outstanding athletes and coaches and their stories through the years. This is story No. 49 in the series.)

Oldest son Scott was not the only athletic standout in Coach Michael Greene and his wife Bonnie’s household as daughter Stephanie was a gem for Park View High School in softball and volleyball and became the first Lady Dragon to play both sports on the collegiate level.

Greene, who graduated in 2002, began her softball career for the Lady Dragons by playing on the junior varsity team in the eighth grade and helping lead the team to a Southside District title before playing four years on the varsity level.

Greene earned Southside District first team honors as a utility player in her junior year and as a pitcher in her senior season when she was also named the Co-Pitcher of the year along with Powhatan’s JoAnn Jones.

She said playing high-school sports was a memorable time in her life.

“When I look back, I think about the bond we all had,” she said. “I had some of my best friends on the team and we are still friends today.”

Greene, who was also a dynamite hitter, said she was more comfortable with the ball in her hand on the pitcher’s mound then in the batter’s box at the plate.

“I had control over everything there,” she said. Greene said her change-up was probably her most effective pitch in high-school. She would go on to develop a rise ball and a drop curve in college.

Her father took over as the head coach of the Park View softball team in her junior and season seasons.

“He made my brother and I work twice as hard,” she said. “It was not easy. We both wanted to live up to his expectations.”

She said looking back now though she realizes how fortunate she was to have the opportunity to play for her Dad.

“I am lucky that he was able to do that,” she said. “I know it meant as much to him at the time as it does to me now.”

For her high-school career, Greene pitched 130.3 innings and recorded 155 strikeouts with only 12 walks over four years. She compiled a 14-6 record with a 0.820 ERA. Two of her losses came in nine-inning defeats to Nottoway and Powhatan in Southside District tournament title games.

She also threw a no-hitter against Greensville in her freshman campaign with eight strikeouts over five innings.

Greene batted .389 in her career for the Lady Dragons with 42 RBI while striking out only eight times.

Park View started a volleyball program at Park View when Greene was in the eighth grade.

She immediately fell in love with the sport and played on the varsity team for four years.

Greene recorded 140 kills in her high-school volleyball career with 130 aces and 68 blocks. She scored 322 points while averaging 76% on serve.

Greene also served as a Drum Major in the band for three years and played travel softball with Sports Plus out of Richmond.

When the time came to look at colleges, Greene decided she would play volleyball after a lifetime of playing softball.

She took visits to Lynchburg College and Mary Washington and talked with Longwood.

“I talked to all of the schools about volleyball,” she said. “I told my Dad that I was burnt out on softball and wanted to play volleyball in college.”

“When I got to Averett and volleyball was in the fall, it was tough,” she said. “There was a girl in front of me who was a year older and I knew it was going to be several years that I was going to play behind her at that position.”

Greene said the Averett softball coach had talked to her several times about playing once she got on campus but she continually told her she was just going to focus on volleyball.

“About a month before the softball season started, I thought what am I doing,” she said with a laugh. “I have played softball my whole life.”

Greene ended up playing volleyball for two years at Averett and softball for all four years.

She was one of only two pitchers for the Lady Cougars in her freshman season and had to log a number of innings on the mound.

“I remember the first game I pitched,” she said.

Greene said another funny memory was the first time she pitched on the road in her freshman season.

“It was raining sideways and it was about 30 degrees that day,” she said. “My parents were coming to watch me play at Virginia Wesleyan and my Dad had said he sure hoped I wasn’t pitching. When he came around the corner, I was on the mound. We played it and we won.”

“It was a good experience,” she said. “Playing two sports and studying took all of my time but I don’t regret any of it.”

Greene still holds the record at Averett for most hits in a softball game with six on March 31, 2005 against Salem. She is also tied with four others for most at bats in a game with six.

She is tenth on the Averett all-time list in innings pitched with 295.1 from 2003-2006. She is also tied for sixth with two saves in her career.

She finished her Lady Cougars career with a .309 batting average.

Greene is married to Scott Hankley and they live in Kenbridge with their two young sons, John and Elliott. Stephanie also had two adult stepchildren, Hannah and Timmy.  She works as a School Counselor for Lunenburg County Schools.

Greene said if her young sons decide to play sports, she would not be surprised.

“With their Papa, they might,” she said with a laugh. “I am not going to push them to do anything. I will tell them if they decide to play that there is a lot of hard work involved.”