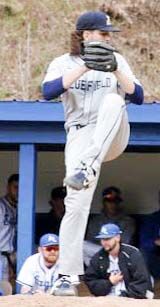 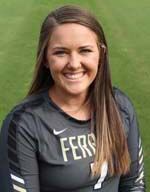 Barmoy had a no-hitter going through 4.1 innings and ended up allowing only two hits and one earned run over five innings. He struck out five and issued only two walks in the win.

“It felt good,” Barmoy said of his first victory. “Coming out of the pen, you never knew when you will pitch. I had been waiting for the opportunity.”

Barmoy said he had good placement on his pitches in the contest.

“I was hitting my spots and my fastball was good,” he said. “Having Mom and Dad there was really cool too.”

The wait is finally over as Park View returned to sports action on Monday after a 13-month lull due to the COVID-19 pandemic.

It is a big week for the Dragons with some key early-season Tri-Rivers District games due to the VHSL condensed schedule.

The Park View baseball team will welcome Southampton HS to South Hill on Thursday for a big district contest between two teams usually battling for the top spot in the standings.

The Park View softball team will also play host to Southampton on Thursday in another big game. With limited opportunities against Class 3 teams this season, both games against the Indians will be important points’ games.

Alexander struck out 15 of the 24 batters she faced and allowing only two hits and one walk.

Alexander continued her big week, winning a pair of games on the mound against UNCW over the weekend to improve to 7-0 on the season with a sparkling 1.02 ERA.

Ferrum dropped its regular season finale 3-0 at Shenandoah on Sunday afternoon as Roberts tallied 13 digs and six assists in the match.

Former Park View HS slugger Cameron Sheets continued his great play hitting a walk off double in the bottom of the 10th to knock in the winning run in Alderson Broaddus’ 14-13 win over Salem University last week.

Sheets went 3 for 6 with three runs scored and a RBI in the victory.

Sheets hit his third homer of the season on Sunday in the second game of a double dip against Fairmont State. He ended up 2 for 2 in the game with two runs scored and 2 RBI.