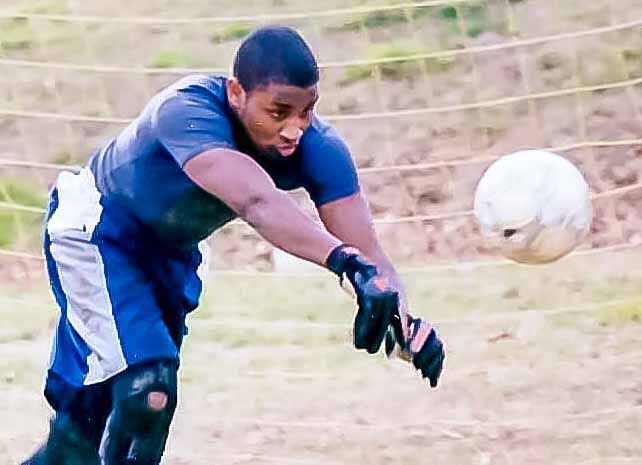 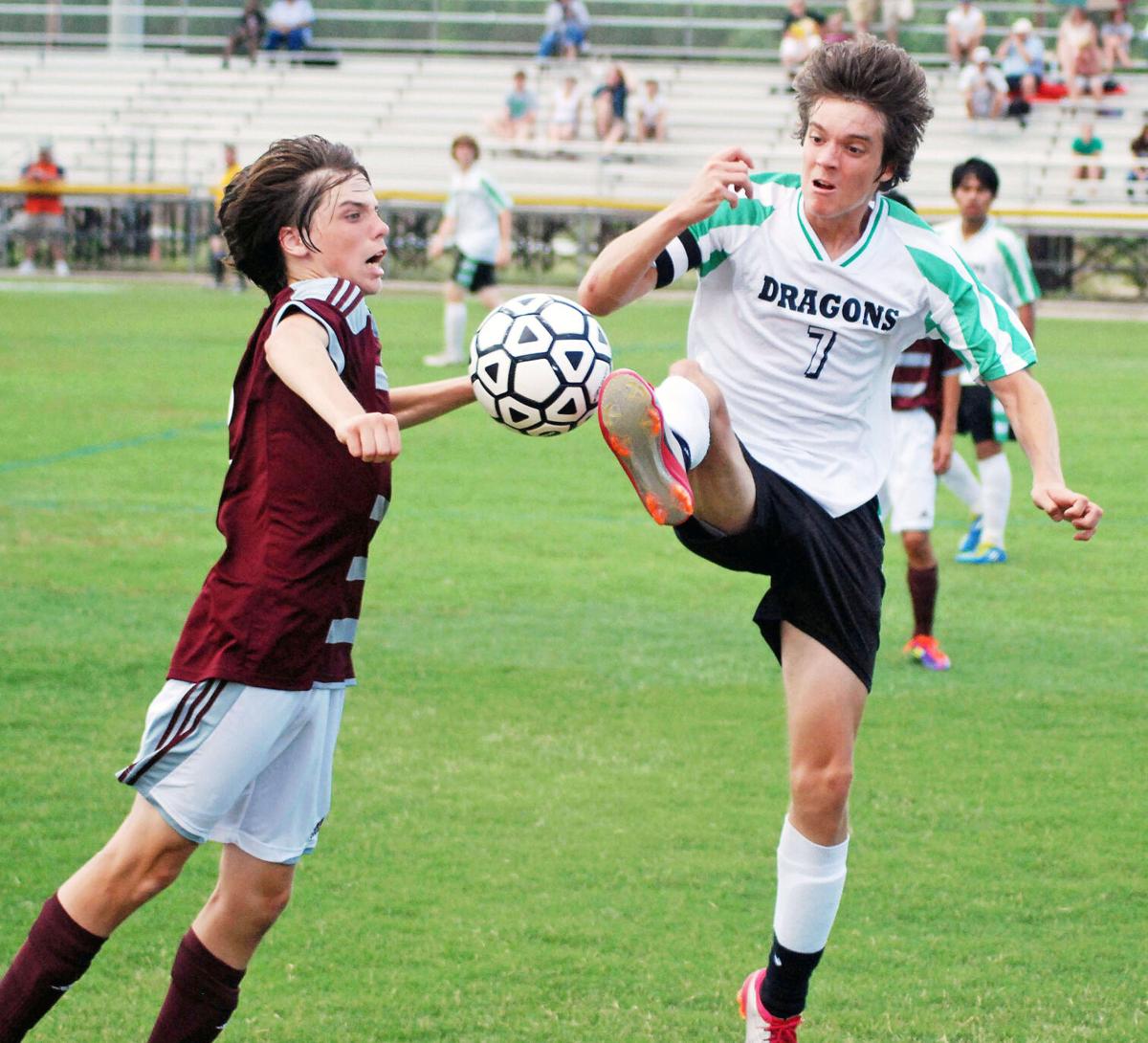 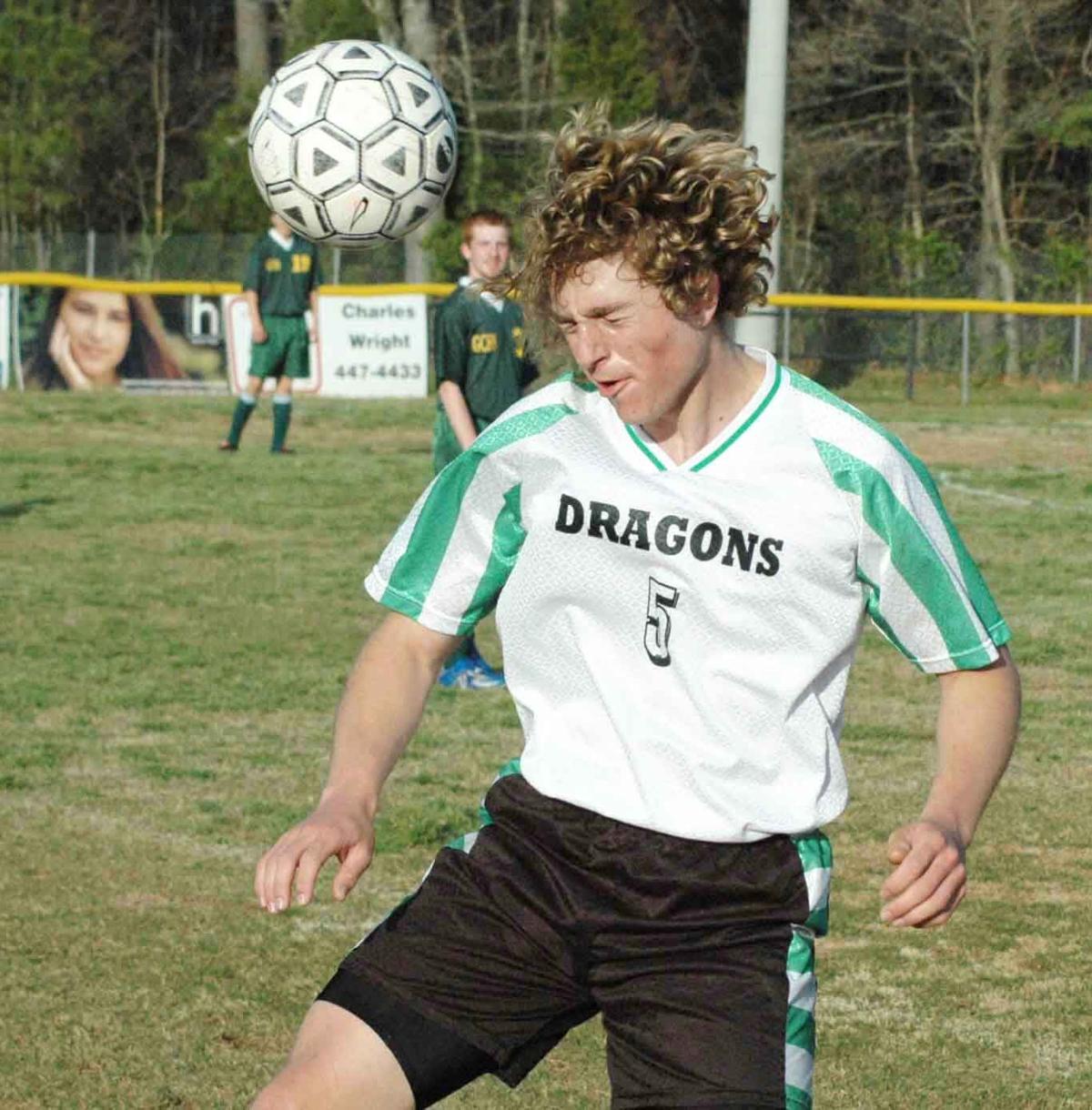 Park View’s Lyle Shore scored 29 goals with 12 assists in 2010 for the Dragons, just missing out on the Southside District Player of the Year award by one vote. (Dennis Smith)

Park View’s Lyle Shore scored 29 goals with 12 assists in 2010 for the Dragons, just missing out on the Southside District Player of the Year award by one vote. (Dennis Smith)

(With Park View High School slated to merge with Bluestone HS to form the new Mecklenburg County HS in 2022, the South Hill Enterprise is running an ongoing series that looks back at some of the outstanding athletes and coaches and their stories through the years. This is story No. 59 in the series.)

The Park View High School boys’ soccer team has been turning out player of the year candidates almost as long as they have been playing the sport.

The Dragons’ first Southside District Player of the Year award winner was goalie Jonathan Walton who helped lead the Dragons’ to their first district title in 2004.

“He was just phenomenal, a great athlete and a strong keeper,” said former Park View soccer coach Trudy Gentry. “He had never played soccer before but his athleticism helped him learn very quickly.”

Walton had two huge matches down the stretch in 2004, recording 20 saves twice, including in a 1-1 tie against Powhatan that gave Park View the regular season title.

He helped lead the Dragons to a 10-2-3 overall mark that year by recording a career-high seven shutouts.

Walton was strong in the district title game and recorded 15 saves to help lead the Dragons to a 2-0 win over Powhatan behind goals from Brandon Baker and Eric Guttierrez. Seniors on the team that season included Walton, Baker, Jordan Bailey, Jonathan Leslie, JoJo Nemeth and Matthew Newton.

“Jonathan was very focused with a solid work ethic,” said Gentry. “He was a beast on the soccer field. His hands were like Velcro and the ball seemed to just stick to them when he grabbed for it. When he went for the ball in the box, he would yell ‘Keeper’ with such emotion and force that the offensive players from the other team would just back off most of the time. I think he was one of the best goal keepers we have ever had.”

Walton finished his career with 17 shutouts in goal; two coming in his freshman year, five in his sophomore year, three in his junior year and seven in his senior campaign.

“Being named player of the year was a privilege but it always went back to being the best team and winning as many games as we could,” said Walton “I still remember the goals I gave up against Dan River, never giving them up to Bluestone, and Powhatan’s silence after we beat them. I’m so glad I walked on that field as a freshman trying to stay in shape for football and wish I had not gotten hurt in college. (Soccer) is a great game and I’m glad I got to play.”

Anthony Polakiewicz captured the Southside District Player of the Year award in his senior season of 2012.

“He played during the Southside District years when Powhatan was the powerhouse in the district. It was amazing that we had a player of the year during that phase of soccer because a lot of the teams thought we were nobody,” said Coach Gentry. “It was really hard to get players on the district or regional teams back then. After we beat Powhatan during the season and again to win the district championship in 2004, we were finally recognized as a legitimate soccer team.”

Gentry said Polakiewicz had a strong work ethic which showed on the field.

“Anthony loved soccer and had a solid work ethic. He was very committed to the sport and put in the effort and time required to become a strong player,” she said. “He was a positive, quiet leader who showed by example at practice and on the field. He had an injury in 2009, his freshman year, which caused him to miss a lot of season play that year.”

“He was an outstanding defensive player. Like Anthony, he had a solid work ethic too and had great speed,” said Gentry. “His senior year, he received All-District first team and All-Region second team honors. Francis scored six goals during his PV soccer career because he was fast enough to go forward to score and then get back on defense. Both Francis and Anthony were great leaders for our team and just good kids to work with. They still come to our end-of-year soccer alumni game every year.”

Lyle Shore, who played soccer for the Dragons from 2007-2010 missed out on player of the year honors by one vote in his senior season of 2010.

Shore had a fantastic senior season in 2010 when he scored 29 goals with 12 assists and was named to the All-District and All-Region first team.

“Back then, it was very hard to get that kind of recognition,” said Gentry.  “Lyle was a very fast player. He had incredible speed on the field. He had a very strong foot also. When he kicked the ball, there was a lot of force behind it. Most players just wanted to get out of its way! Lyle worked hard at practice and continued to improve every year.”