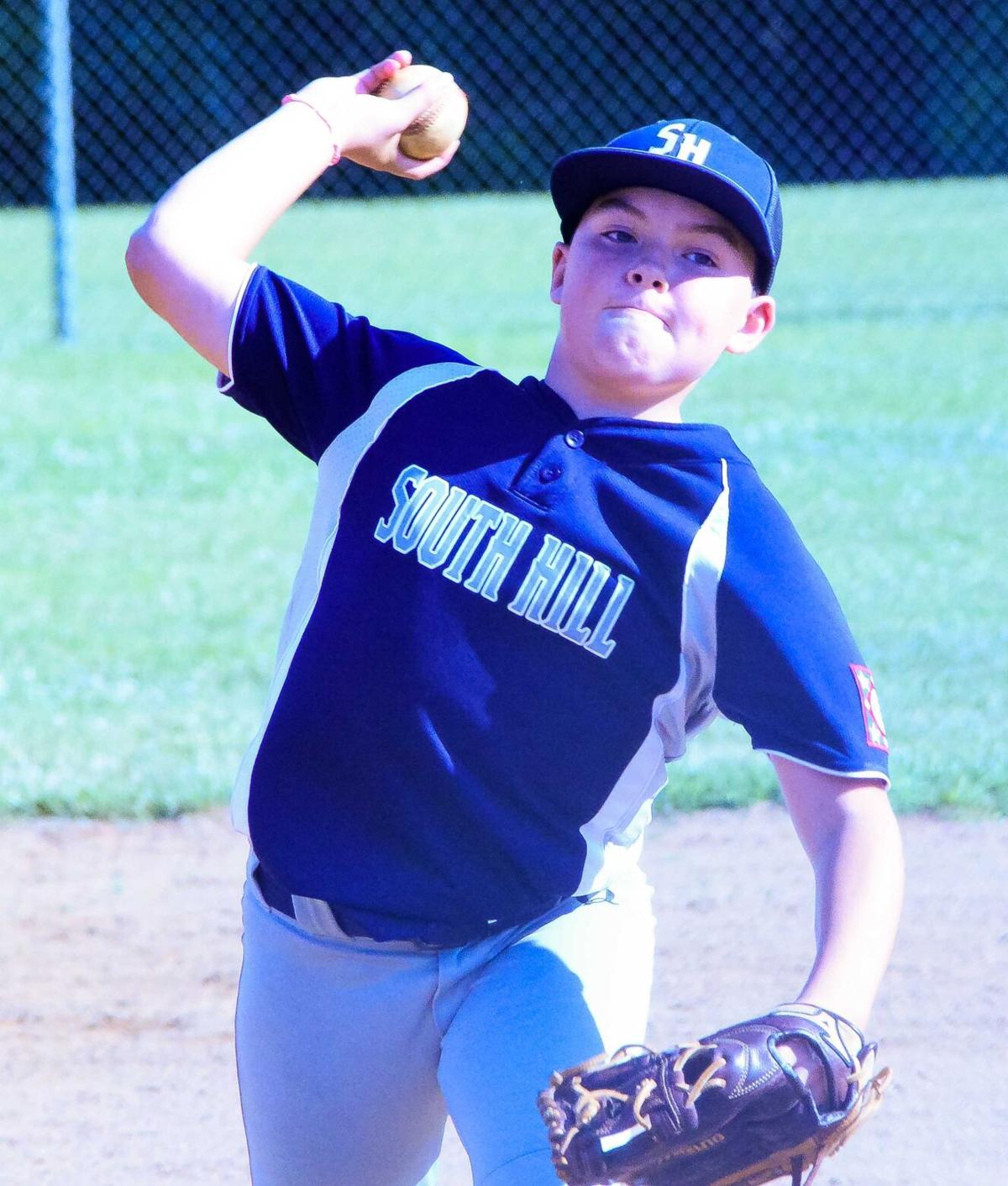 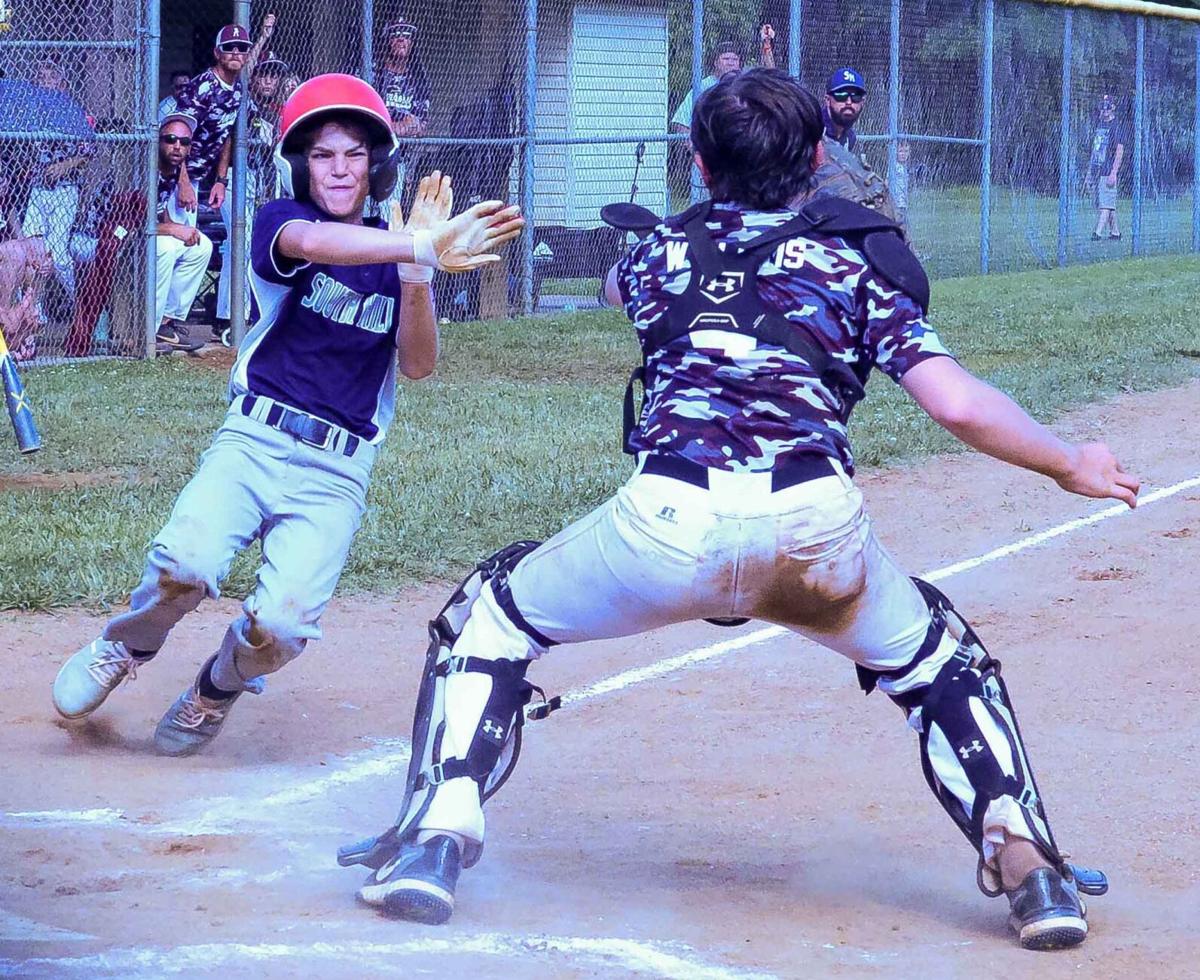 Xander Pulley was safe on this slide at the plate in action from South Hill’s 5-0 win over Amherst in the Virginia Dixie Youth O-Zone Division 2 state tournament in Madison Heights on Friday. (Dennis Smith)

Xander Pulley was safe on this slide at the plate in action from South Hill’s 5-0 win over Amherst in the Virginia Dixie Youth O-Zone Division 2 state tournament in Madison Heights on Friday. (Dennis Smith)

The South Hill All-Stars won their first two games in the Virginia Dixie Youth O-Zone Division 2 state tournament and played Tuesday night needing only one win in the championship round against Amherst to claim a championship.

South Hill topped Amherst 5-0 in the opener and then walloped North Roanoke 16-4 on Monday evening to move into the driver’s seat in the three-team field.

Tied at two after two innings, South Hill exploded for eight runs in the third inning and six in the fourth to end the game early on Monday.

Xander Pulley, Tuck Tucker, Tyler Harris and Ross Reese all had two hits and scored two runs apiece in the game. Hunter Curtis had two hits and scored one run while Aidan Reed had a hit, scored a run and added a RBI in the victory. Jayce Parrish had a hit, scored two runs and added a RBI while Jake Wesson scored twice and drove in three runs. Kam Phillips scored twice and drive in two runs while Drake Newton added a hit and 2 RBI.

Parrish, pitching in relief, earned the win on the mound after throwing three innings and allowing two earned runs on two hits. He struck out four and allowed seven walks.

South Hill got outstanding pitching from Pulley and Wesson as the two combined on a 2-hit shutout in a 5-0 victory over Amherst in their tourney opener on Friday afternoon.

The game ended on a fantastic play at the plate as Amherst threatened to score in the sixth inning but a great relay throw from Harris to Pulley who fired a strike to catcher Ross Reese for the tag and the final out of the game.

The local team put one run on the board in the first inning when Pulley reached on an error and Tucker followed by reaching on an error to plate Pulley for a 1-0 lead.

South Hill scored two runs in the third inning when Pulley and Tucker reached on back to back singles and Parrish followed with a RBI single.

South Hill scored one run in the fourth when Reese walked and scored on a bases loaded walk to Tucker.

The local team added its final run in the fifth inning on singles by Reed, Harris and Reese.