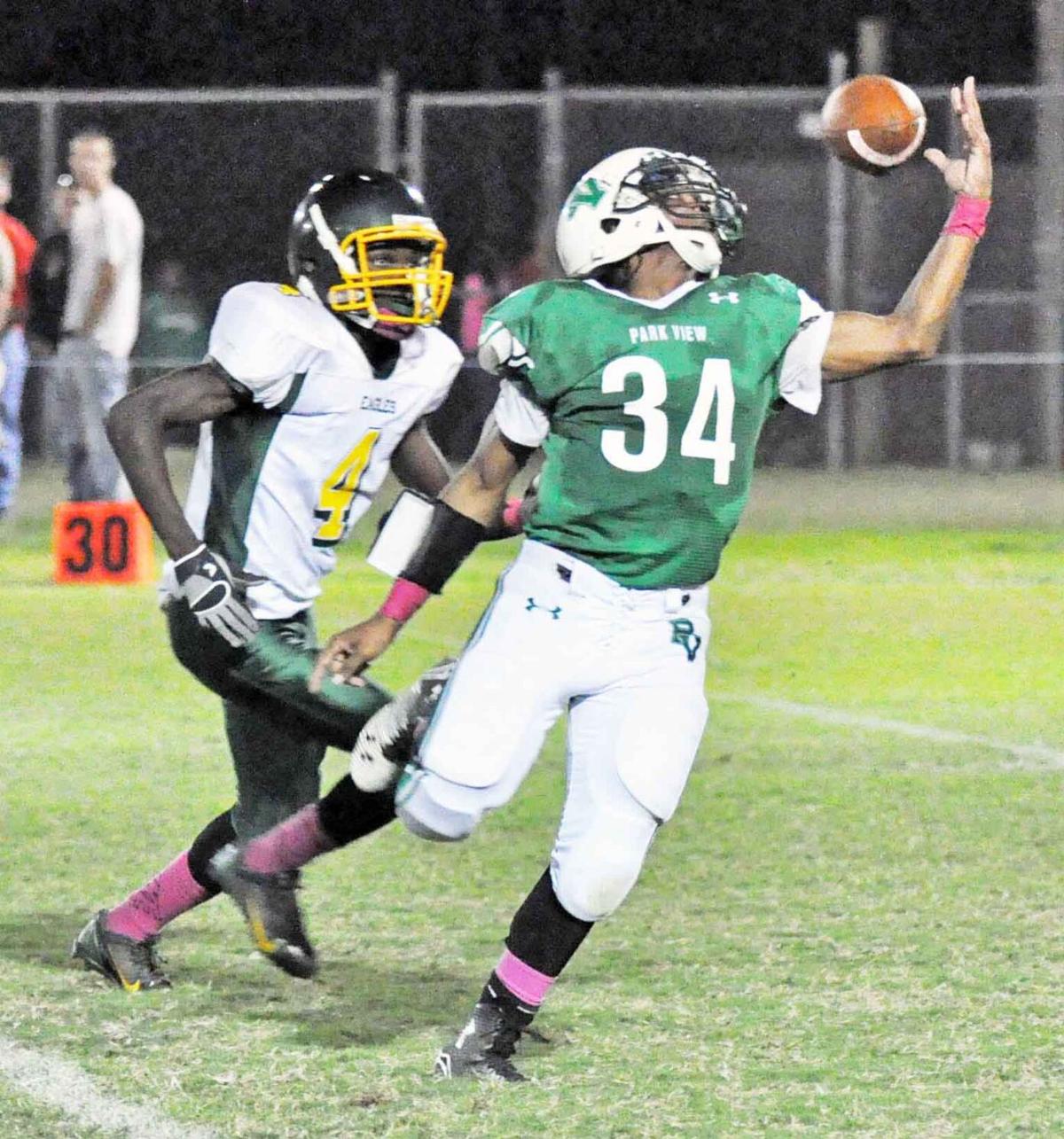 Former Park View HS standout Geo Feggins was able to make a great play and hang on to this pass in action during his senior campaign in 2012. (Dennis Smith) 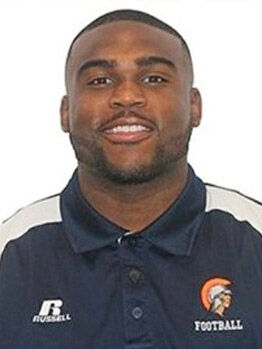 Former Park View HS standout Geo Feggins was able to make a great play and hang on to this pass in action during his senior campaign in 2012. (Dennis Smith)

(With Park View High School slated to merge with Bluestone HS to form the new Mecklenburg County HS in 2022, the South Hill Enterprise is running an ongoing series that looks back at some of the outstanding athletes and coaches and their stories through the years. This is story No. 11 in the series.)

Geo Feggins, a standout on offense and defense for the Park View High School football team, was one of those players you would not forget if you ever saw him play.

Feggins covered a lot of real estate from the linebacker position, especially when tracking down an opposing running back in the open field and the collision was one that was usually heard across the stadium.

He played for the Dragons from 2009-2012 and helped lead Park View to its first district crown in 29 years in 2011 and then helped lead the team to a program best 10 wins and only the second ever regional title game appearance in 2012.

Feggins was a Southside District first team selection at linebacker and tight end in his senior season, an All-Region linebacker and an honorable mention All-State selection.

Feggins said winning the district title with his lifelong friends proved to be an awarding experience.

“I had played with the guys on the team most of my life so it came easy for us, almost second nature,” he said. “We knew what needed to be done when we stepped on the field. It started with us working hard every day and the rest just fell into place. I appreciated (the district title) being something that was rewarding for my teammates for all of our hard work. It taught us to work hard for what we want in life and we carried that same mentality into adulthood.”

He said falling in the regional title game in 2012 was tough as it ended his high school career but it also helped motivate him to prepare for his college career.

“(That loss) still stings,” he said. “We didn’t come into the game playing to our full potential and capability and we beat ourselves. I remember we worked so hard to make it there as well so we took the loss to heart. That Monday after the game, we were right back in the weight room grinding for next season and I was already hungry to get back on the field in college.”

Feggins received interest from Hampton, Liberty and Norfolk State as well as a number of Division 3 colleges following his high school career but no official scholarship offers until Virginia State University offered a partial scholarship late.

Feggins accepted and played four years for the Trojans and earned several prestigious awards including being named to the CIAA All-Rookie First team in his freshman season and First team All-CIAA linebacker and D2 All-American candidate in his senior season.

He said the experience of playing college football came with the expected highs and lows but it was worth it.

“It was the normal college experience. We had our ups and downs,” he said. “I won two rings so it made it all worth it. The grind was real and the coaches were hard on me. But it molded me into a better man. I also appreciated going to a HBCU because it’s a great family environment.”