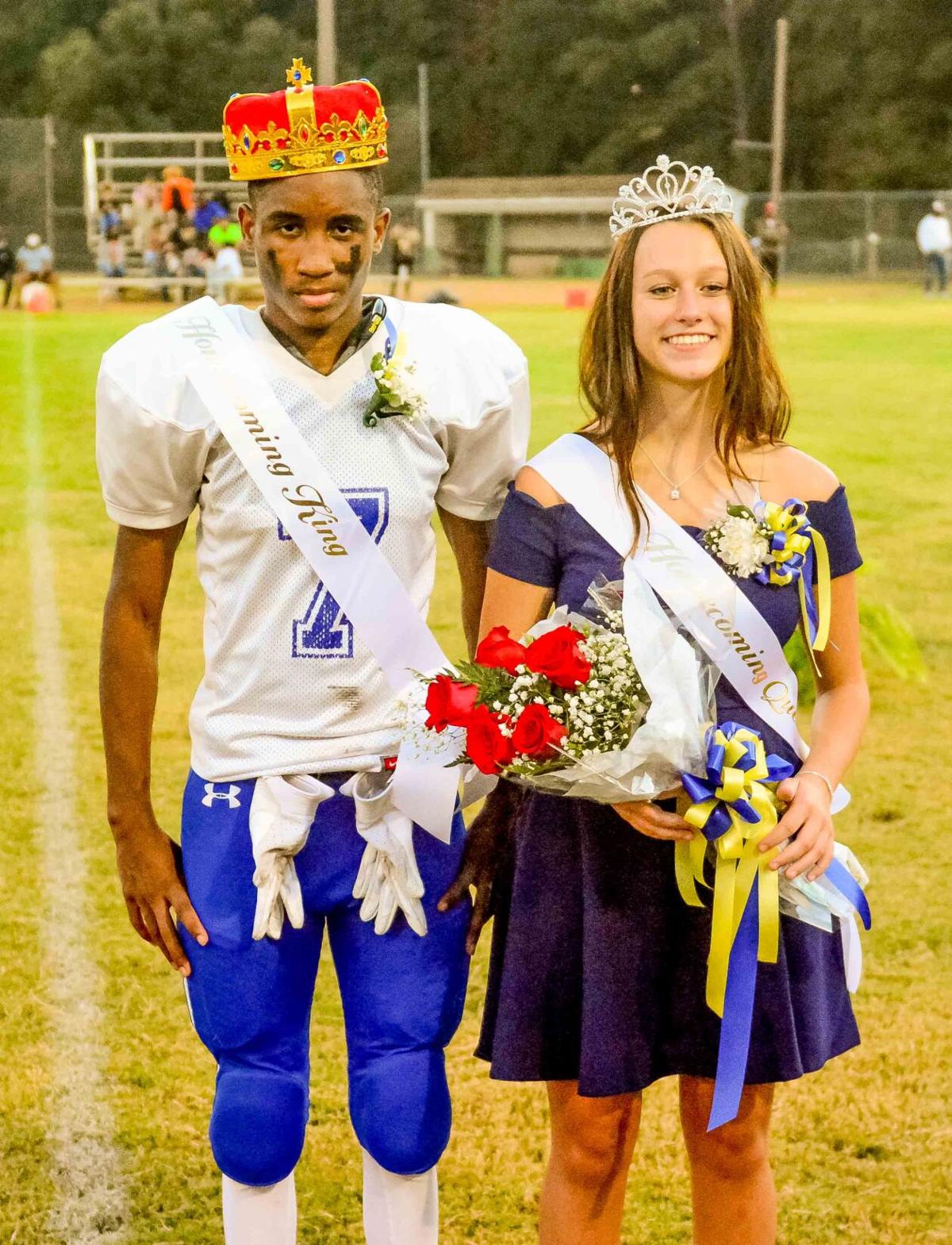 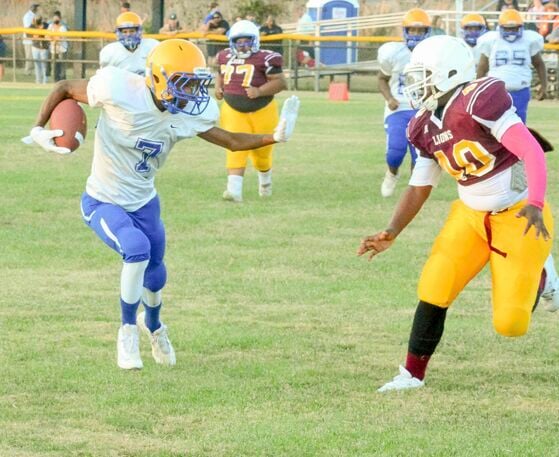 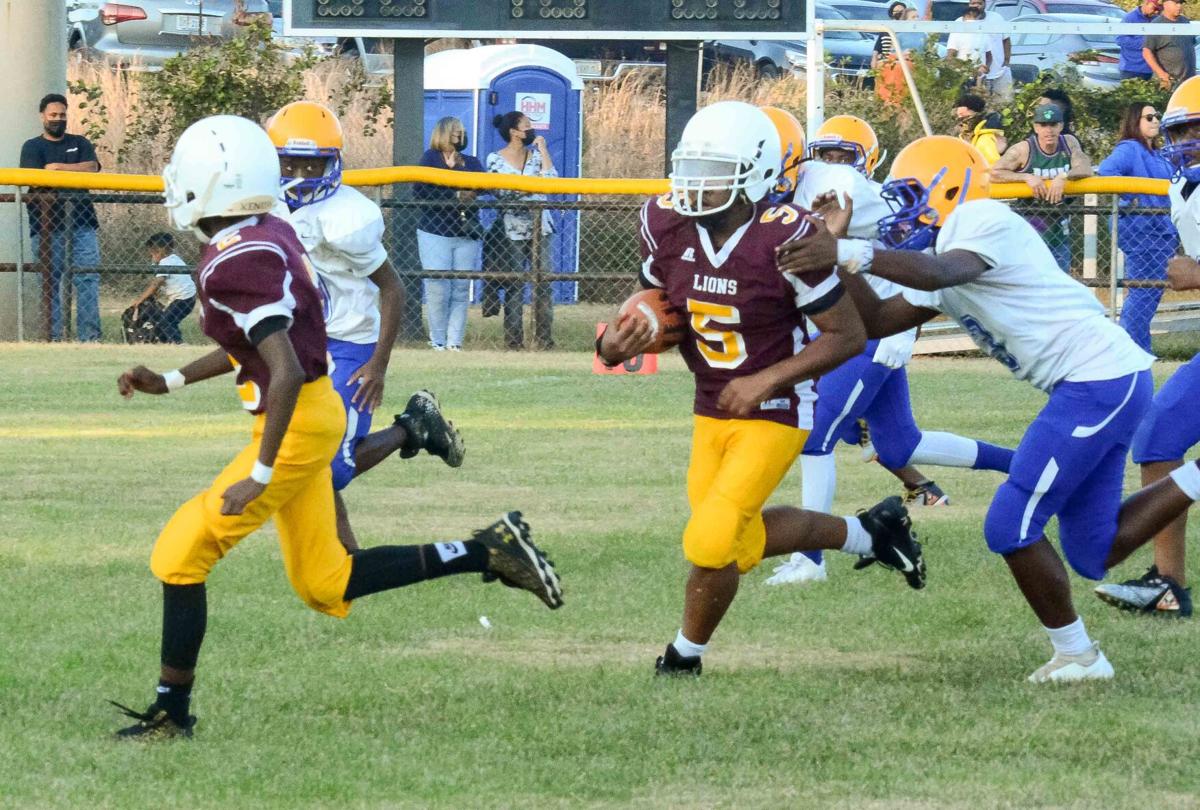 The eighth-grader rushed for 230 yards and scored four touchdowns while accepting the PVM Homecoming King crown at halftime in the Cougars’ 30-16 win over J.S. Russell Middle School at Dragon Field.

The victory improved the Cougars to 1-1 on the season while the Lions fell to 1-3.

Park View Middle took possession of the ball first and on the first play from scrimmage Jamarcus Coleman broke outside and rumbled for an apparent 55-yard touchdown but the score was called back due to a holding penalty. On the next snap, the Cougars coughed the ball up and the Lions’ Dakari Coleman came up with the fumble recovery.

Russell then went on a 52-yard nine-play drive that culminated with a 5-yard touchdown run by Jusiah Harvey who added the 2-point conversion run to give the visitors an 8-0 lead at the 2:55 mark of the opening quarter.

It took the Cougars only two plays to answer when Rainey broke outside and rumbled 63-yards for a touchdown. He added a 2-point conversion run to knot the score at 8-8 at the 2:32 mark of the first quarter.

Park View Middle came up with a fumble recovery two plays later at their own 20-yard line. Unable to get anything going, they lined up and attempted a fake punt but the Lions stopped Rainey just short of the first down marker to take possession of the ball.

Russell then drove down to the Cougars’ 4-yard line but a fumble was recovered by Park View Middle in the endzone with 1:36 left to play in the first half.

Two players later, Rainey broke a 67-yard run for his second touchdown of the night as I’szwohn Bragg added a 2-point conversion run for a 16-8 halftime lead.

Russell took advantage of four straight runs by Harvey on their first possession of the second half as he hit paydirt on a 47-yard scamper. A 2-point conversion run by Damari Hawkins knotted the score at 16-16 at the 4:00 mark of the third quarter.

The Cougars answered on their next play from scrimmage when Rainey broke up the middle for a 45-yard touchdown run to give the home team a 22-16 lead at the 3:46 mark of the third quarter.

The Cougars came up with a fumble recovery on the next play from scrimmage and then went on a 55-yard seven-play drive that culminated with Harvey’s fourth touchdown of the night, this one coming on a 13-yard run. Quarterback Keyonte Simmons converted the 2-point conversion run for a 30-16 lead with 7:06 left to play.

The Lions drove down inside of the Park View 10-yard line late in the final quarter but were unable to punch it in on fourth-and-goal.