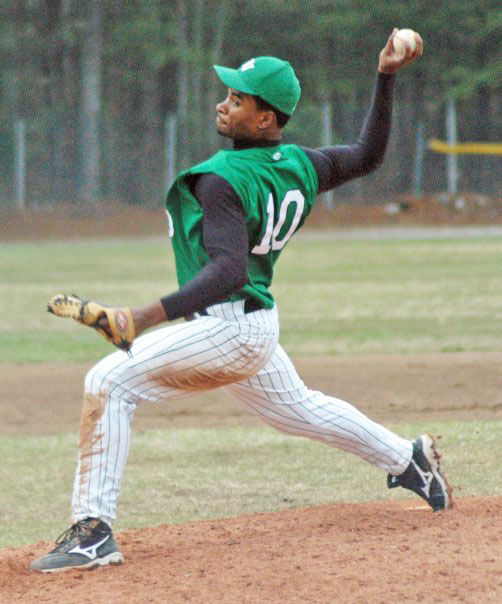 Rashad Hatcher fires a pitch to the plate during the 2008 season when he earned Southside District Player of the Year honors. (Dennis Smith) 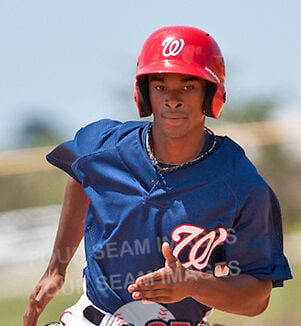 Rashad Hatcher fires a pitch to the plate during the 2008 season when he earned Southside District Player of the Year honors. (Dennis Smith)

(With Park View High School slated to merge with Bluestone HS to form the new Mecklenburg County HS in 2022, the South Hill Enterprise is running an ongoing series that looks back at some of the outstanding athletes and coaches and their stories through the years. This is story No. 58 in the series.)

When you think of pure power at the plate and on the mound, former Park View High School baseball standout Rashad Hatcher, the Southside District Player of the Year in 2008, is a name that quickly comes to mind.

Hatcher had great arm strength, a powerful bat, and speed to match.

“He was really good,” said former Park View HS baseball skipper Michael Greene. “He was the complete player. He could hit and he could hit with power. He had all of the tools. The kids would drop their jaw watching him.”

Hatcher played varsity baseball for four years at Park View and was an All-Southside District selection three times including being named the player of the year in his senior season.

He batted .455 in his final campaign with a .507 on-base-percentage. He hit six homeruns and ripped 32 RBI. Hatcher pitched 54.3 innings that season, picking up six wins, with 86 strikeouts while compiling a 2.71 ERA. Hatcher threw several no-hitters during his high school career.

He hit three homeruns in two games down the stretch in his senior season as Park View earned a date in the district tournament title game but came up just short against a good Powhatan club.

Hatcher’s Southside District POY award for Park View in 2007-08 was the third for the Dragons that school year as TJ Talley was the player of the year in football and Michael Johnson earned player of the year honors for basketball.

Hatcher was also selected to the Group AA, Region I first team in his senior season and was also an All-State second team selection.

He said looking back at his high-school career, the things that came to mind were Coach Greene, his teammates, and all of the good times.

“Coach Greene helped show me the way,” Hatcher said. “I grew up playing with those guys and our team had a lot of good times.”

He said he grew up watching the Atlanta Braves which made him want to be a baseball player.

“I tried to emulate what I saw on TV,” he said.

“I feel in love with El Duque when I was young,” he said with a laugh.

“I heard from a lot of schools,” he said. “I guess I was young and dumb though and didn’t do enough with the books.”

He decided to enroll at a junior college.

Hatcher transferred to Patrick Henry CC for his second collegiate year and was second on the team in hitting after batting .386 with 14 stolen bases, 11 doubles, two triples, six homeruns and 41 RBI.

He helped lead the team to a 40-17 record and a top 15 ranking in the NJCAA Division II poll.

Hatcher was spotted by Washington Nationals scout Paul Faulk while playing at PHCC and was invited to a pre-draft workout with the Nationals in Atlanta, Georgia with over 250 other hopefuls.

He ran a 6.5 in the 60-yard dash there and demonstrated a strong arm in the outfield.

“I went down and did my best,” Hatcher told The South Hill Enterprise following the workout. “They liked my speed, my athleticism, and my hitting ability to the gap. I would like to thank my parents, my family, Coach Greene, Coach Jeff Towery, Drew Towery, and all of my coaches and teammates. People have been supporting me since I was little playing at Parker Park.”

Hatcher was selected by the Nationals in the 49th round of the 2010 Major League Baseball draft and signed on June 11, 2010. He played two seasons with the Gulf Coast League Nationals in the Rookie League before an injury ended his career.

“My first year was a real eye-opener,” he said of the tremendous talent found in professional baseball. “It was a lot of good (ballplayers) there. I just kept my head up and continued to work.”

He appeared in five games in 2011 with three hits in 12 at-bats with a .417 slugging percentage but tore his hamstring while digging for first base in a contest against the Mets.

“I ended up coming home after that,” he said.

Hatcher, who lives in La Crosse, is currently working as a Field Monitor for Tetra Tech.

He said he would encourage any young player hoping to play baseball in college or at the professional level to work hard in school and at practice every day.

“If you have a dream you should go for it,” he said. “Just keep practicing and working. You should hang out with the right crowd and stay in the books.”

Rashad is the son of Wayne and Ronetta Hatcher.