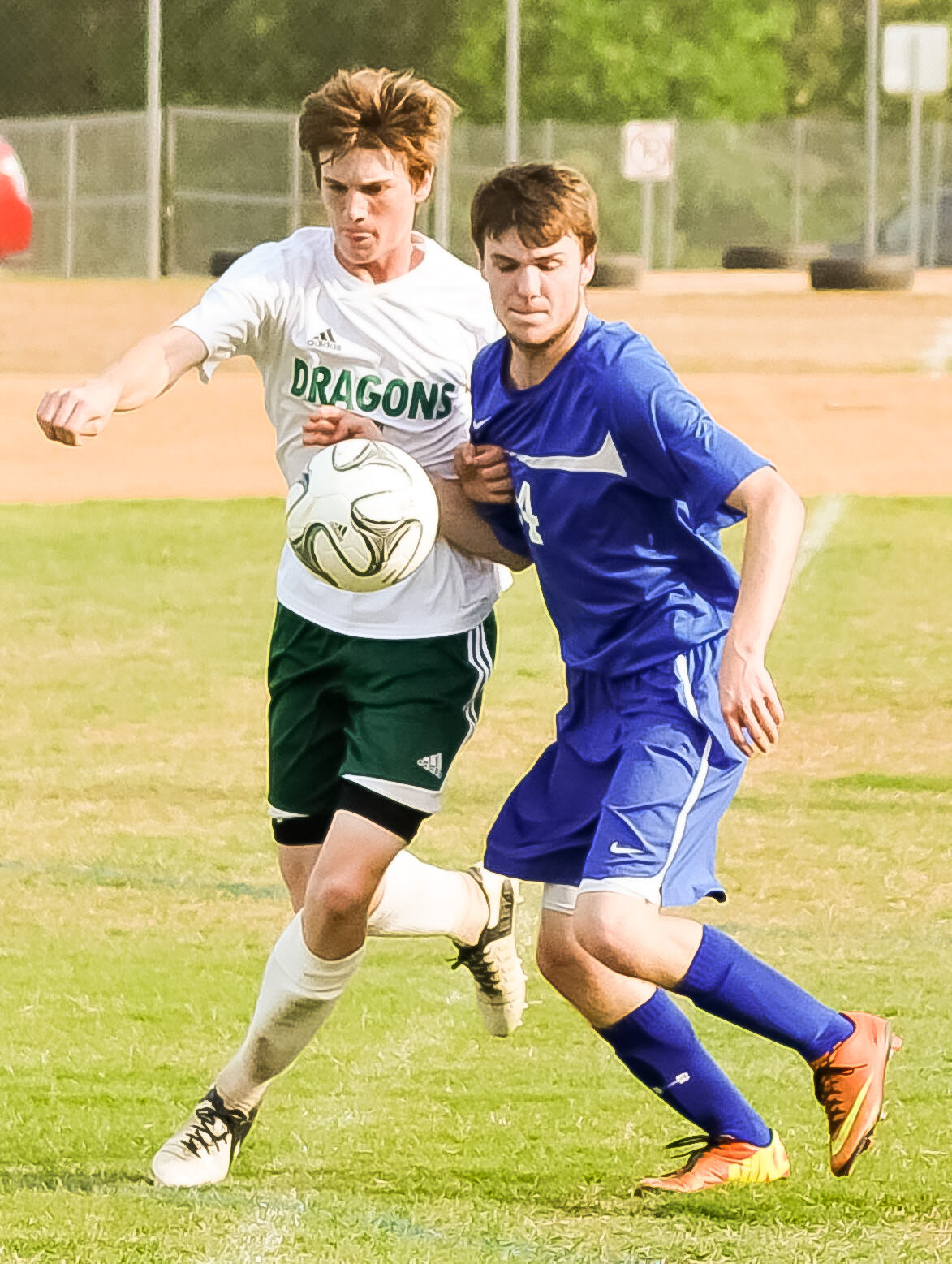 Joel Wilson earned Tri-Rivers District player of the year honors in 2015 and finished his career with 61 goals and 50 assists for Park View High School. (Dennis Smith) 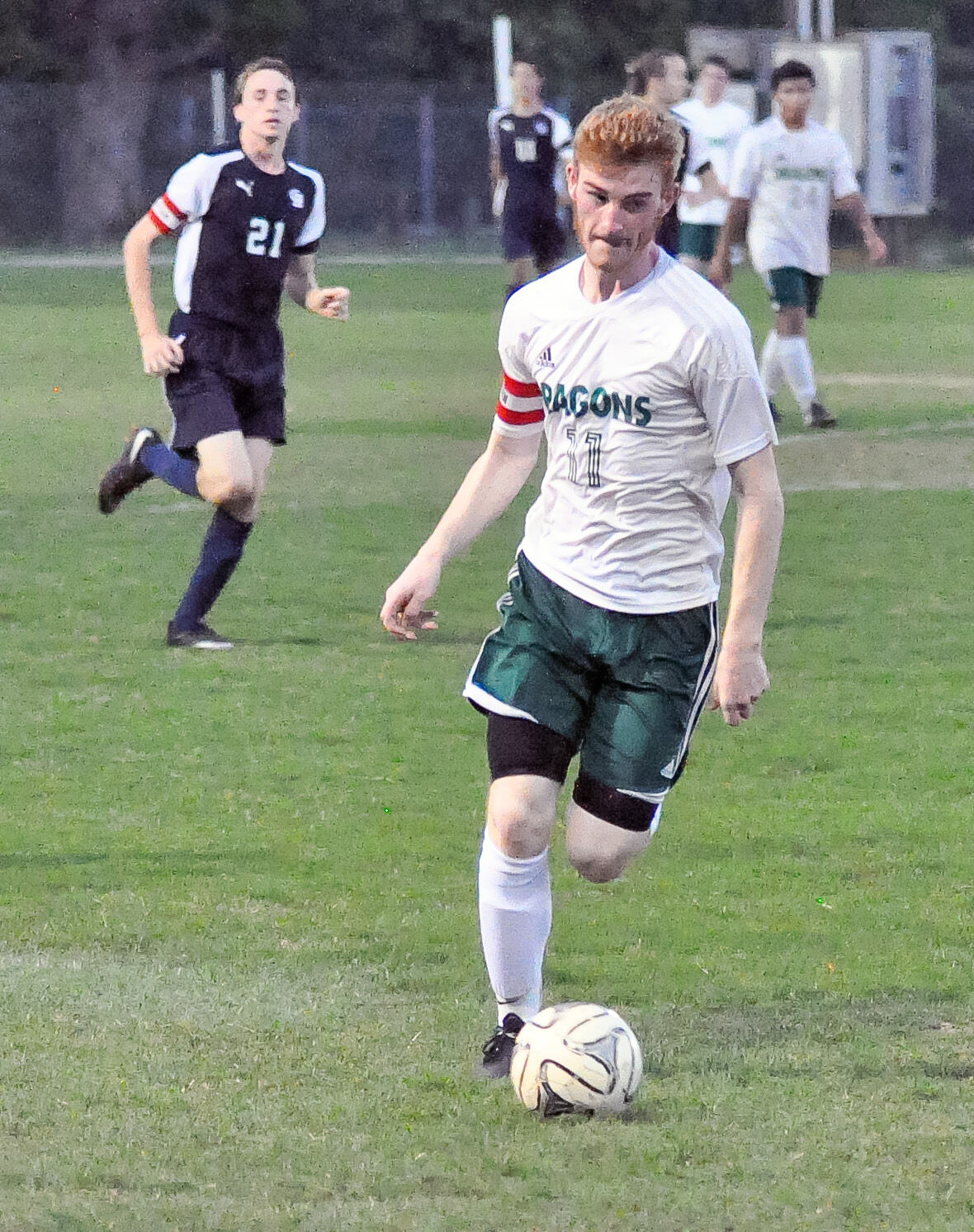 Luke Wilson earned Tri-Rivers District player of the year honors in 2018 and finished his career with 76 goals and 43 assists for Park View High School. (Dennis Smith)

Joel Wilson earned Tri-Rivers District player of the year honors in 2015 and finished his career with 61 goals and 50 assists for Park View High School. (Dennis Smith)

Luke Wilson earned Tri-Rivers District player of the year honors in 2018 and finished his career with 76 goals and 43 assists for Park View High School. (Dennis Smith)

(With Park View High School slated to merge with Bluestone HS to form the new Mecklenburg County HS in 2022, the South Hill Enterprise is running an ongoing series that looks back at some of the outstanding athletes and coaches and their stories through the years. This is story No. 53 in the series.)

The Wilson brothers - Joel and Luke - were talented soccer players and scoring machines during their playing careers at Park View High School and both earned Tri-Rivers District player of the year honors in their senior seasons.

The two combined to score 137 goals with 93 assists in their storied careers for the Dragons.

In his junior season, Wilson scored 17 goals and added 13 assists and was named to the All-District first team as well as being named to the 3A Conference 25 first team.

Joel Wilson was dominant in his senior year and scored 31 goals with 22 assists and was named the Tri-Rivers District player of the year in addition to being named to the All-District first team and 3A Conference 25 first team.

He finished his career at Park View with 61 goals and 50 assists.

“Joel was a great competitor who never seemed to get rattled on the playing field,” said Park View boys’ soccer coach Trudy Gentry. “He always seemed to be in control and worked hard during every match. He was a great leader on our team, showing by example at practices and during games. Coming down the field on that right side and being able to find the goal was something he perfected, especially during his senior year. When discussing his stats and voting for POY at the coach’s meeting, I told them that he was either scoring goals or assisting someone else in scoring goals. It was an honor to have him on our team.”

Joel Wilson said a couple of memories come to mind when he looks back on his playing career.

“I remember going to Bojangles after a match and my hip felt weird,” he said. “Come to find out I had popped my hip out. I was out for two games but the game I came back was one of the best I ever played. I had three goals and three assists against Prince Edward. I had a good time.”

Wilson enrolled at Virginia Tech following his high-school graduation but decided not to try out for the Hokies’ varsity or club soccer teams.

“I got to a point where I realized it was going to be a big commitment,” he said. “I ended up playing intramurals and really enjoyed it. It was really relaxed.”

Wilson broke out in his junior campaign and scored 27 goals and tallied 21 assists and was named to the All-District first team as well as the 3A Conference 25 first team. He was also named to the 3A Region second team.

Luke Wilson was named the Tri-Rivers District player of the year in 2018 when he scored 36 goals with 10 assists. He also was named to the All-District first team and was a 3A Region second team selection.

He finished his career with 76 goals and 43 assists.

“Luke was the quiet leader on our team,” said Coach Gentry. “He never raised his voice but just encouraged everyone on the team to work hard and do their best. He had great seasons in both his junior and senior years. He loved the game and it showed in his play on the field. Luke had to work on gaining confidence each year. I think it was partly due to being the youngest of the trio of Joel, Miguel, and Luke; and maybe he felt that he was always in their shadow. I believe he proved himself on the field to be just as competitive as Joel and Miguel and just as much of a leader. He helped our team tremendously and led us to many wins. He was even nominated by another coach for POY during his junior year. He is another one that it has been a privilege to have on our team.”

Luke Wilson said soccer has always been one of his passions in life.

“I loved it,” he said. “It was a passion and still is. I always looked forward to going to practice after school.”

Wilson set the Park View single match scoring record in a contest against Brunswick HS with seven goals on April 11, 2018.

“That was a good day,” he said with a laugh. “They were our rivals in most sports but they couldn’t touch us in soccer.”

He said one of his favorite memories in high-school came on a goal scored by goalie Trevor Williams.

“He would always play striker some at the end of matches and we were playing at Brunswick and he scored what was the best goal anyone scored that season,” Wilson said. “It was just a crazy goal.”

The three soccer amigos – Miguel Pacheco. Joel and Luke Wilson – were the pillars of the Dragons’ program. Luke Wilson and Pacheco are tied for the most goals in program history while Joel Wilson leads with most assists.

“We were all like brothers,” said Luke Wilson. “We grew up together. It was also a good competition between us.”

Joel Wilson said he enjoyed the one season that he and his brother were able to play together in high school.

“It was really cool to play on the same team,” the older brother said. “Even though Luke was younger, he had always played up (in club soccer) with us. So when he was a freshman in high school, it was like adding a senior to the team.”