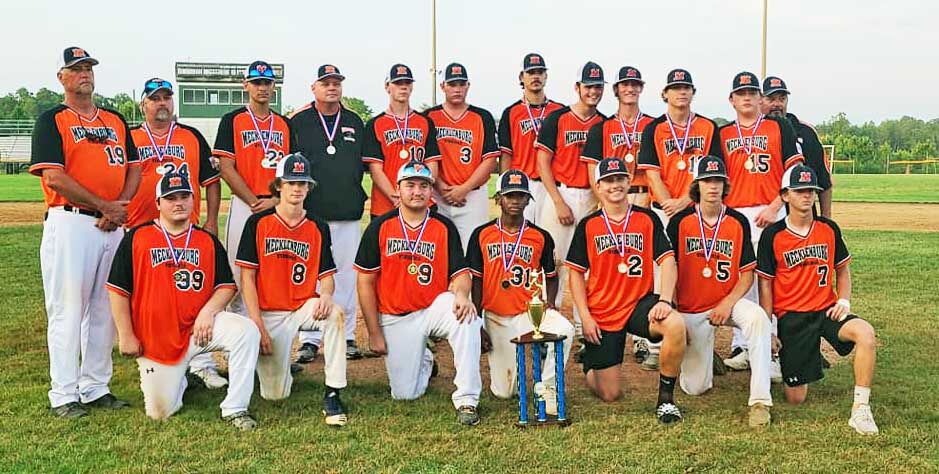 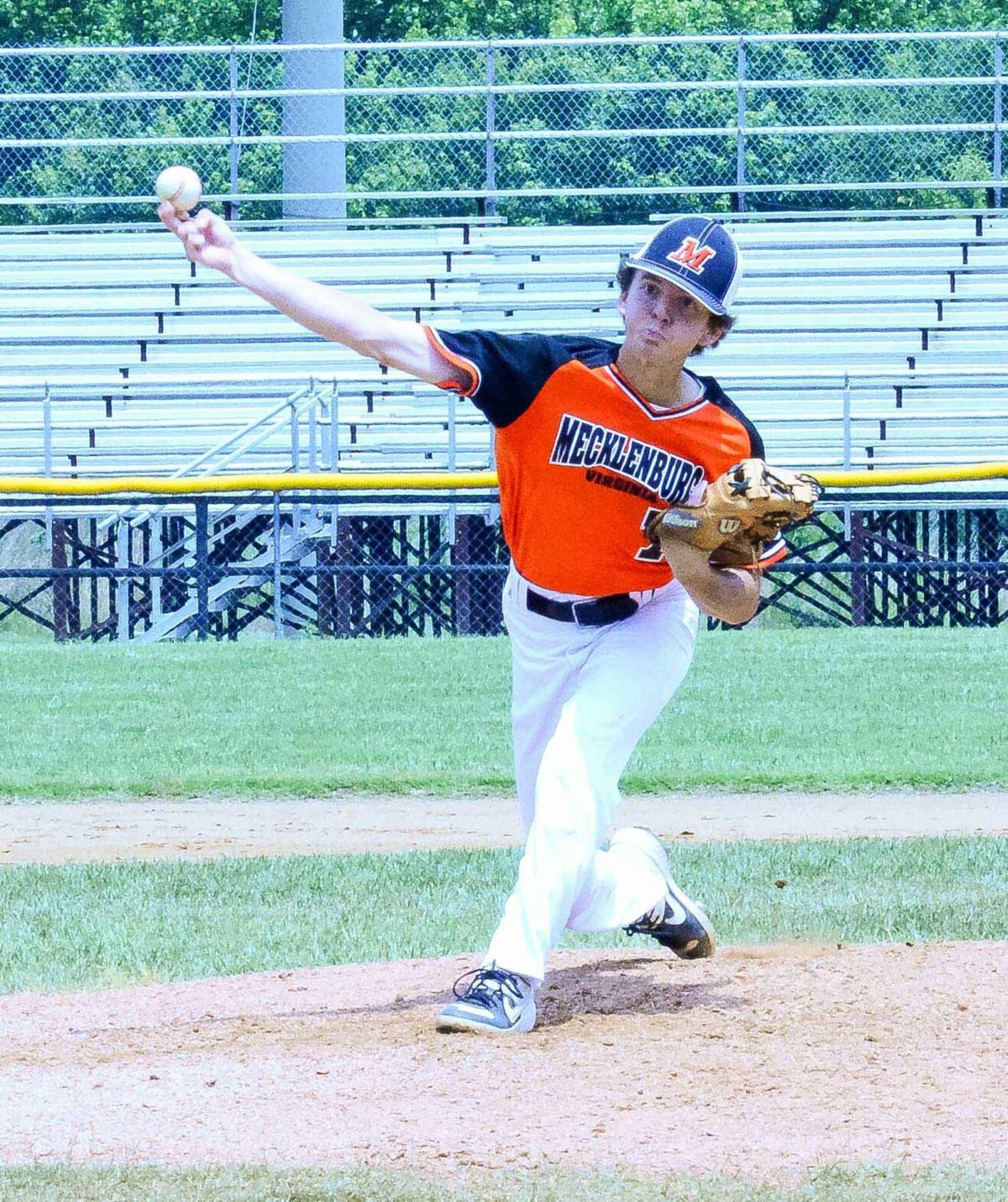 Behind strong pitching and some hot bats, Mecklenburg won a pair of games over Madison Heights on Saturday to capture the Virginia Dixie Baseball Pre-Majors state championship in South Hill.

The title earns Mecklenburg a bid to the Dixie Baseball Pre-Majors World Series that will be played in Sterlington, Louisiana. The local team will play the host Monroe, Louisiana team in the opener at 6 p.m. on July 23.

Mecklenburg manager Eddie Smiley said the team’s bats heated up late in the first game and continued into the nightcap.

The Mecklenburg pitching was also stellar in both games.

Trey Mitchell got the start in Game 1 and was sensational, earning the complete game one-hit shutout while recording six strikeouts.

With the game scoreless going into the fifth inning the Mecklenburg offense came alive as Mitchell walked to start the rally and Tyler Turman followed with a RBI double. Harrison Harper doubled for a 2-0 lead. Jackson Smiley walked and Jon Lewis Temple was hit by a pitch. After a walk by Colby Elliott, Alex Townsend singled to clear the bases for a 6-0 lead.

Mecklenburg scored eight runs in the sixth inning to put the lock on the victory. Matthew Woyer singled twice in the frame and scored twice while Turman doubled and tripled in the inning and scored once. Harper, Smiley, Temple, Elliott and Mitchell also scored in the inning.

Turman led Mecklenburg with three hits in the game while Harper, Temple and Woyer added two hits apiece and Townsend added one.

Mecklenburg cruised in the second game in the Best-of-Three series, scoring seven runs in the first inning, one in the second and five in the third.

Madison Heights scored its lone run in the second inning on two errors and a walk.  Mecklenburg pitchers Cody Hoffer and Nick Reed combined to allow only three hits and one unearned run in the title game.