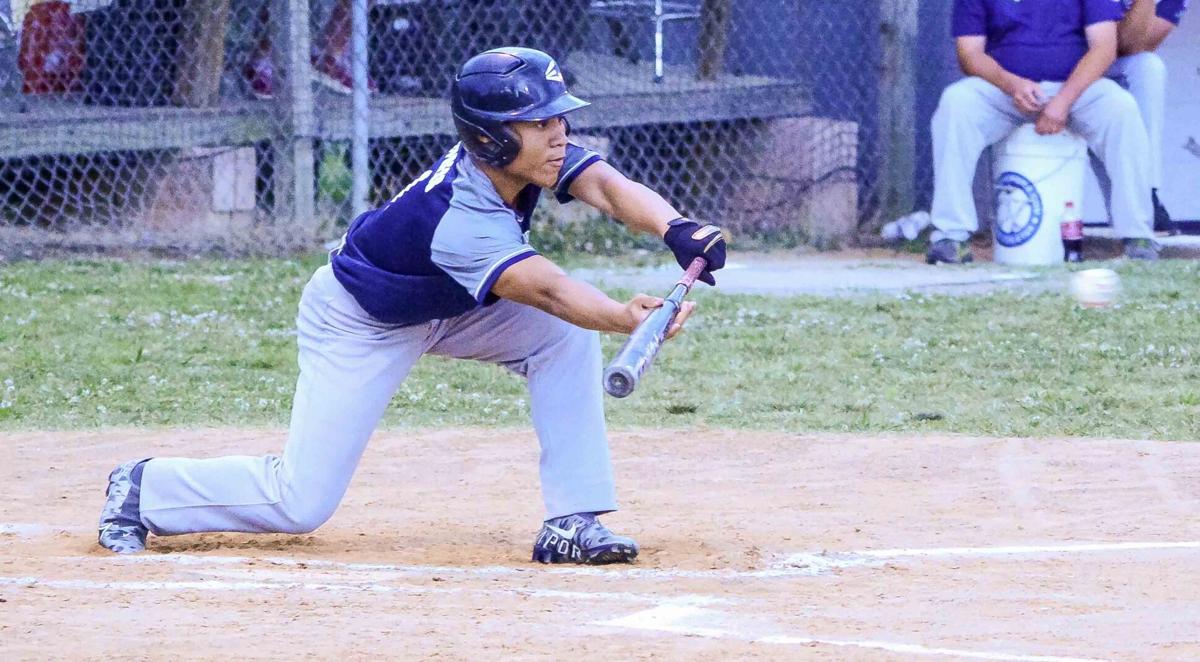 Jerry Cypress lays down a bunt in action from the Babe Ruth 13-15 year-old District 2 tournament in Victoria. (Dennis Smith) 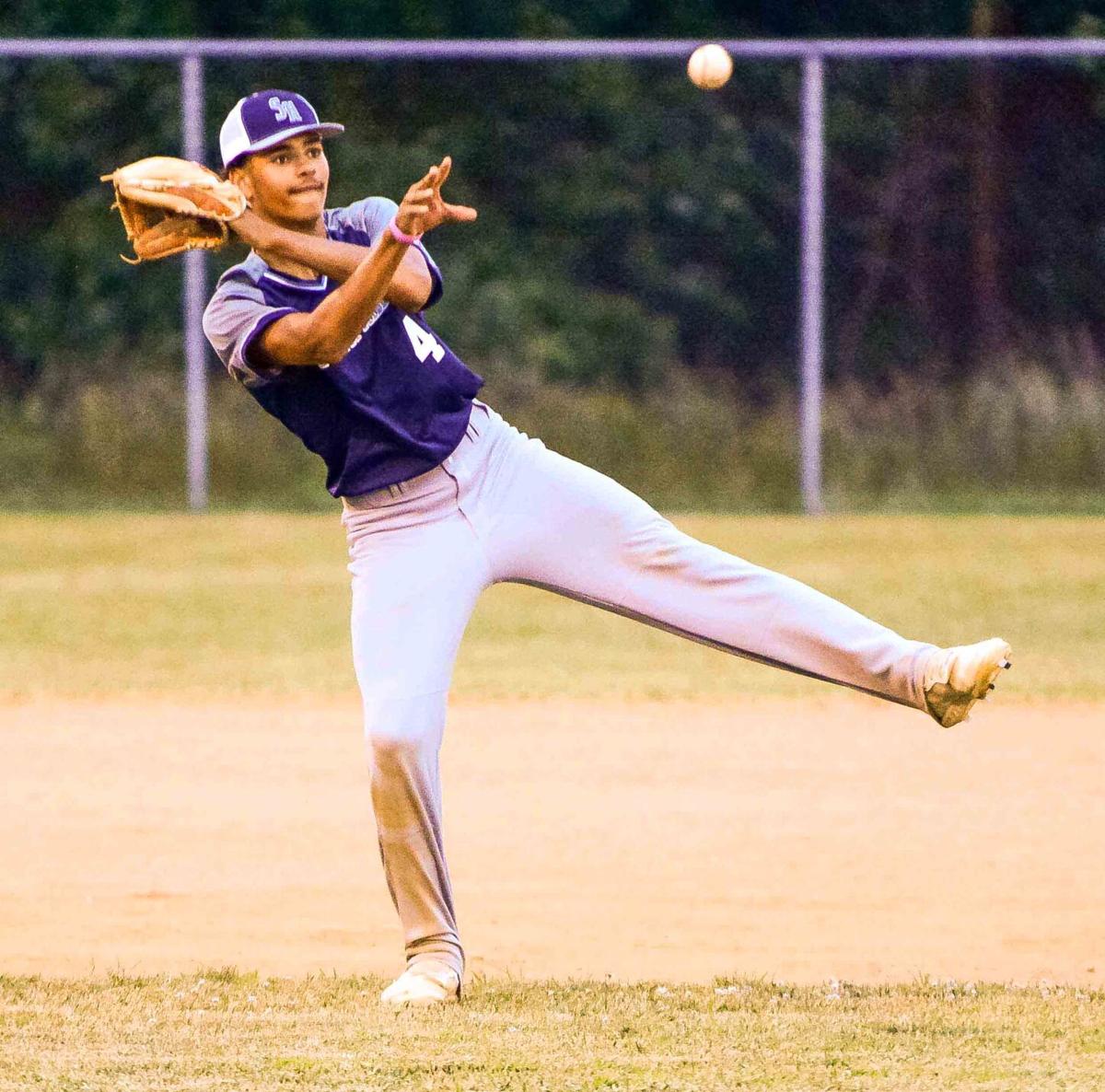 Jerry Cypress lays down a bunt in action from the Babe Ruth 13-15 year-old District 2 tournament in Victoria. (Dennis Smith)

The South Hill All-Stars got off to a good start by shellacking Dinwiddie in their opener in the Babe Ruth 13-15 year-old District 2 tournament on Thursday evening but dropped a pair of games on Saturday afternoon to Lunenburg and Dinwiddie to be eliminated.

South Hill beat Dinwiddie 15-2 in their tournament opener but Dinwiddie rebounded to post a 7-4 victory in an elimination game on Saturday afternoon.

South Hill jumped out to a 1-0 lead in the first inning when Austin Burton singled and scored on a fielder’s choice by Lucas Crutchfield.

The local team added another run in the second inning when Khiyon Alston walked and scored.

Burton reached on an error and scored in the third inning.

Alston singled and scored in the fourth inning for South Hill to knot the score at four.

Dinwiddie scored one run in the fifth and two in the seventh for the victory.

Colin Icenhour and Jerry Cypress both singled with two outs in the bottom of the seventh inning for South Hill to bring the tying run to the plate but Dinwiddie got a pop out to preserve the win.

Christian Pearce, Crutchfield and Jake Brame all saw mound time in the game for South Hill.

Lunenburg knocked South Hill into the loser’s bracket on Saturday afternoon with a 5-2 victory in Victoria.

South Hill got off to a good start in the game when Burton led off with a walk and Adam Jones and Crutchfield followed with singles.

Lunenburg tied the score in the second inning when Mark Tucker doubled and scored.

Lunenburg took the lead for good in the third inning when Hart and Buchanan scored for a 3-1 margin.

South Hill added its final run in the seventh inning on singles by Maddox Sasser and Isaac Walton.

Burton, Jones, Crutchfield, Walton and Sasser all had one hit apiece for South Hill.

Brame, Jaiden Phillips and Pearce all saw mound time in the contest.

South Hill broke out of a 1-1 tie after one inning and pulled away by scoring 10 runs in the second inning on the way to a 15-2 victory over Dinwiddie in a first round game on Thursday evening.

Brame earned the win on the mound for South Hill, throwing three innings and allowing one earned run on two hits with four strikeouts and one walk. Crutchfield pitched the final two innings and did not allow a hit while striking out three and walking two.

William Engels took the loss on the mound for Dinwiddie. Henshaw and Christopher both had a hit and scored a run in the loss.