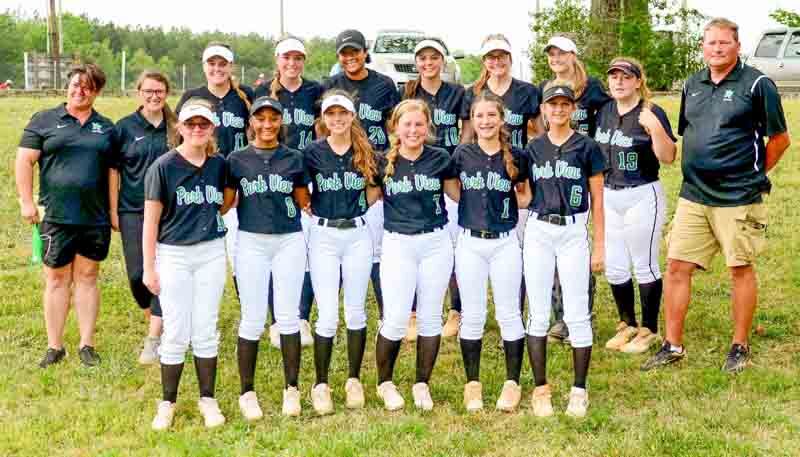 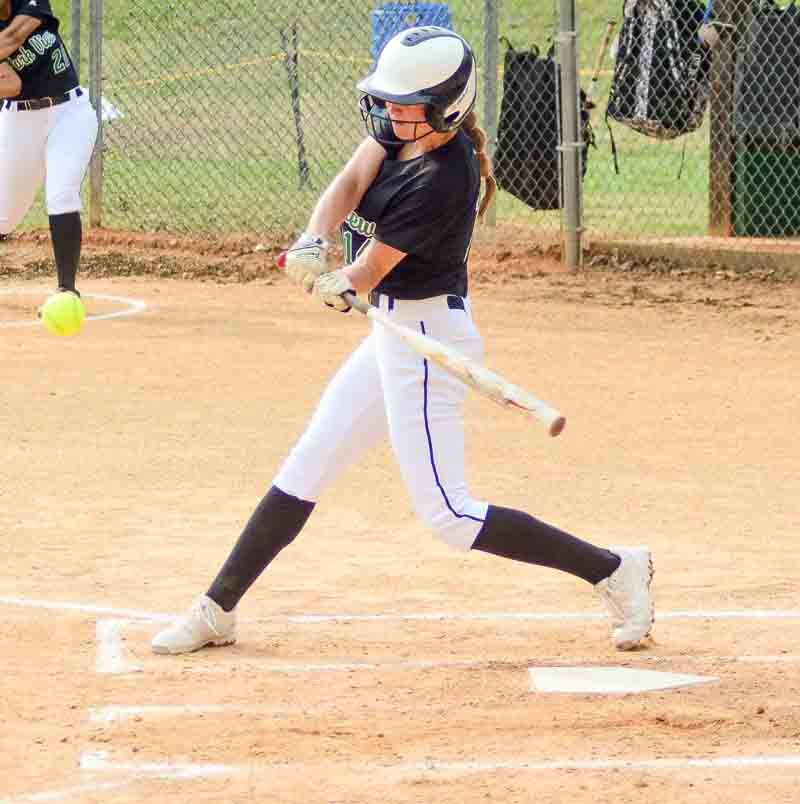 Park View’s Kaylee Coker lines up a pitch in action from the Lady Dragons’ 8-7 win over Southampton HS on Thursday in South Hill. (Dennis Smith)

Park View’s Kaylee Coker lines up a pitch in action from the Lady Dragons’ 8-7 win over Southampton HS on Thursday in South Hill. (Dennis Smith)

The Lady Indians jumped out to a 2-0 lead in the top of the second inning by taking advantage of two walks, an error and a hit.

The Lady Dragons went to work in the second inning when Lizzie Wesson led off with a walk, Paige Springer reached on an error and Carrington Sasser reached on a fielder’s choice to load the bases. Tori Powell then ripped a triple to right field to clear the bases. Alex Love followed with a single to drive in Powell. Coker reached on a fly to left field to drive in Love and scored on a passed ball to give Park View a 6-2 lead.

Southampton added a run in the top of the third on two hits and a sac fly to cut the Lady Dragons lead to 6-3.

Southampton did not quit however and took advantage of two walks, a double and a grand slam homerun from Jarratt to close the margin to 8-7 in the sixth.

Park View pitcher Lizzie Wesson recorded a strikeout and got two fly outs in the top of the seventh to seal the Park View victory.

The Lady Dragons dropped their season opener 5-2 on the road at Windsor HS last Tuesday evening.

The home team jumped out to a 3-0 lead in the first inning by taking advantage of two walks, an error, a sac fly and a RBI groundout.

Windsor hit a homerun in the second inning to extend the lead to 4-0.

Park View got on the board in the third inning when Coker tripled and scored on a RBI single by Lewis.

The Lady Dragons added another run in the fifth when Avery Evans walked and scored on a RBI single by Jackson.

Jackson went 2 for 2 in the game for Park View while Coker went 2 for 4 and Powell and Lewis each added one hit apiece.